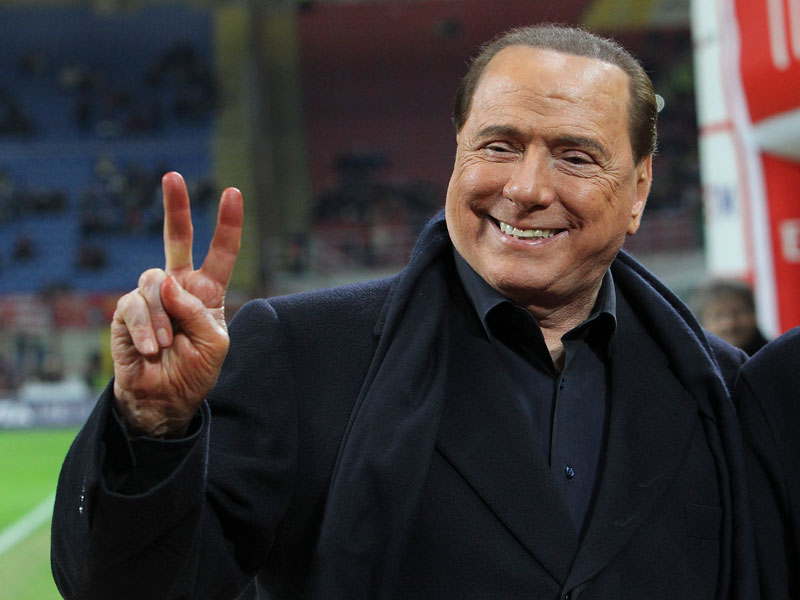 There are those who have likened this comeback to Ulysses returning to his home on the Ionian island of Ithaca. More prosaically, we would suggest that one of the greatest duo acts in Italian football, namely media tycoon and former Prime Minister Silvio Berlusconi and his trusted aide Adriano Galliani, the men who made AC Milan great, are about to return.
Media reports suggest that Berlusconi, again aided by Galliani, is about to buy a 95% shareholding in Serie C (Italy’s three part Third Division) club, SS Monza 1912, better known simply as Monza. Inevitably, a number of questions prompt themselves about the purchase of a club which, based close to the city of Milan, sits right in a historic heartland of Berlusconi, centre-right support.
Firstly, just 18 months after selling AC Milan to Chinese entrepreneur, Li Yonghong, for €740 million, why does 81-year-old Mr. Berlusconi want back into football? For football or for politics? The fact that, in the meantime, the US Hedge Fund Elliot has taken over AC Milan from the mysterious Mr. Yonghong after the latter failed to make a $32 million dollar repayment in July only adds to the intrigue. In an interview with daily “Corriere Della Sera”, Mr. Galliani outlined the football background to the move:
“Talking together (with Mr. Berlusconi) about this and that, not long after we had sold Milan and we were missing (an active involvement in) football, we came up with the idea of buying another club”.
Monza, says Galliani, was an obvious choice. It has always had a special link with Milan, at one point in the ’90s serving as a satellite club for Milan.   Important Milan players, such as goalkeeper Cristiano Abbiati, started their professional careers with Monza. Mr. Galliani added:
“In these last months, Berlusconi has declined a number of potential club purchases that have been offered to him, just as I have declined a number of club appointments. President Berlusconi lives just three kilometres up the road from the Brianteo (Monza home ground), I was born and grew up in Monza and I started my professional career there. We feel like Ulysses coming back to Ithaca…
[collection name=”small” accordion=”mobile” excerpt=8]
Galliani points out that he worked at Monza football club from 1975 to 1985, mainly in the role of vice-president and sport director (in charge of transfer market activity), adding:
“Nobody ever asks themselves why, when he bought AC Milan in 1986, Mr. Berlusconi made me the club’s mangaging director. The job wasn’t given to me as a divine right but rather because of my CV, especially my record at Monza…”
So then, is this just a footballing move, with no political strings attached?   In the case of Mr. Berlusconi, this is hard to believe. Ever since he formally entered politics in 1994 with a famous television address in which he spoke of taking “to the pitch” of political life, Mr. Berlusconi has systematically interwoven the image of the successful football entrepreneur with that of the pragmatic politician who can get things done.
Still an important political player on the national scene, Mr. Berlusconi may well feel that his imput into a club from the heartland of centre-right support will earn credibility and votes for both his own Forza Italia party and for that of his major ally, the (once Northern) League, which is currently powersharing in government with the Five Star Protest Movement.
Notwithstanding a 2013 five year ban on him holding public office (because of a tax evasion conviction), Mr. Berlusconi has remained a key player, even if his Forza Italia party has seen its vote drop from a one time high of 29.4% in 2001 to 14.4 % in last March’s general election. Incidentally, in those same March elections, 74-year-old Mr. Galliani was elected to a Senate seat for Forza Italia.
If Messers Berlusconi and Galliani could rework the old AC Milan magic and take Monza from Serie C into Serie A for the first time in its 106 year old history, then they might make not just Monza fans but also Forza Italia and League voters very happy.
In football terms, there is always, too, the thought that Monza could once again serve as a nursery club for AC Milan. Even though, he has no official link with his old club, Mr. Berlusconi is believed to enjoy good relations with the current owners, Elliot Hedge Fund.
Ironically, Mr. Berlusconi will be buying Monza from Nicola Colombo, son of Felice Colombo, who was President of AC Milan from 1987 to 1980 when the club was relegated to Serie B for its part in the so-called TotoNero betting scandal. Doubtless, they will hope that that historical co-incidence does not augur ill for their latest adventure into football.
Stay up to date with all the news and transfers by clicking on the highlighted links.
Don’t forget to follow World Soccer on Facebook and Twitter.