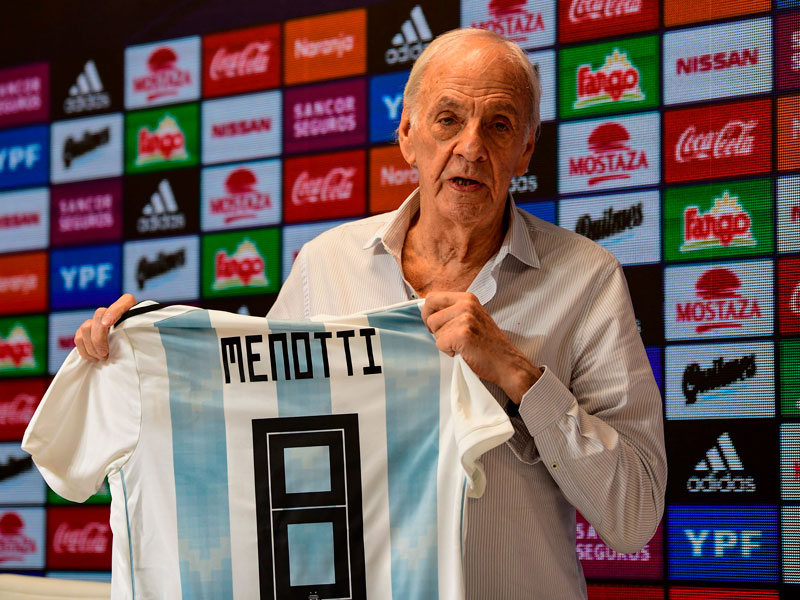 Doubts are frequently cast about Argentina’s 1978 World Cup win. They centre on suspicions of a government level deal with Peru, who the hosts needed to beat by a four goal margin to reach the final.

Whatever the truth of the matter, it seems clear that the players had no knowledge of any such dealings. And it is also clear that the tournament marks a before and after moment for the Argentine national side. True, they may not have won in 1978 without home advantage. But for years before they were badly off the pace. Since 1978, even when they have disappointed, they have always held a place at the game’s top table.

Much of this is due to the hard work put in by Cesar Luis Menotti, who took over as coach in 1974. For the first time the Argentina side benefited from a serious, long term project. He gave them a style of play – based on a belief that traditional passing football was up to the task along as the rhythm of the game was sufficiently high. And in a country very centralised around the capital, Buenos Aries, he made the team a genuine national affair. He trawled the provinces for players, set up a special side for them so that they would not be intimidated by the big names from the capital, and developed them along the way. One of the most important was Osvaldo Ardiles, the little midfielder whose perpetual motion, push and run passing game was fundamental to the intensity of the team’s play.

One of Menotti’s key ideas was to build a side around domestically based players. Indeed, for the 1978 World Cup the only one brought back from abroad was star man Mario Kempes. Argentina had more stars on the other side of the Atlantic – Enrique Wolff at Real Madrid, for example, and Ruben Ayala at Atletico. But with the exception of Kempes, Menotti preferred to work with a home based squad.

Still a massively respected figure, Menotti has returned to the Argentina set up in the role of general manager. And an idea that he is very keen to resurrect is that of the home based side.

This has surfaced from time to time. There have been occasions when, usually in the provinces, Argentina have played friendlies using players culled from the domestic league. But the idea is then quietly dropped.

There is an obvious reason for this. 2019 is not 1975. The global market of footballers has been open for business for some decades. If Argentina had a few big names abroad in the mid 70s, now they have hundreds more. Obviously, the quality of the domestic game has suffered as a result.

In the Copa Libertadores so far this year Argentina’s six representatives have played 24 games – winning 6, drawing 10 and losing 8, scoring 23 goals and conceding 24. In the Copa Sudamericana one Argentine club have made it through to the second round. Three have been eliminated.

It is far from clear that a national team drawn from home based players would have sufficiently quality to be worthwhile – especially as any outstanding members would be quickly sold abroad.

Across the other side of the River Plate, Uruguay’s veteran coach Oscar Washington Tabarez has virtually turned his back on domestic football. His massively successful project has been all about using the youth ranks to develop and build bonds of identification with players who will inevitably be making their living abroad.

This realisation, of course, is easier in Uruguay than in Argentina.  One country has a population little more than 3 million. The other has 45 million. Argentine football has more defences against the effects of globalisation.  But if Brazil, with some 212 million, is resigned to losing its talent, then what chance does Argentina have?  The same chance, perhaps, as Cesar Luis Menotti’s idea of a home based national team proving a success.