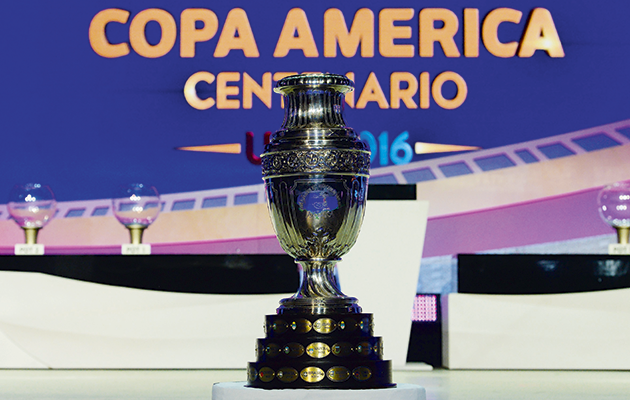 The Copa America, which was first staged in 1916, begins a line that leads directly to the birth of the World Cup. Held almost annually in the early years, the world’s oldest continental tournament led to a rapid and huge rise, in both interest and in playing standards, of South American football.

This became abundantly clear when Uruguay caused a shock by cruising to the gold medal at the 1924 Paris Olympics, exhibiting a bold, balletic style of play that enthused those present. Four years later, in Amsterdam, they did it again, with Argentina winning silver.

It was obvious that a new competition was now needed that was open to all, amateurs and professionals alike, to find out who really was the best in the world. And so, just 14 years after the inaugural Copa, the first World Cup was staged – and won – by Uruguay.

The centenary of the Copa, then, is certainly something worth celebrating. However, it remains open to question as to whether June’s tournament is the most suitable way of doing so.

For one thing, it is bizarre that South America has sought to commemorate such a significant event with a competition staged outside its borders. However, Conmebol – or, more precisely, those trading its TV rights – have long looked wide-eyed at the commercial opportunities of northward expansion. For over two decades, the Copa has invited Mexico to participate, usually with another Concacaf nation, and Mexican clubs have been taking part in the Libertadores Cup since the late 1990s.

In this sense, then, the 2016 Copa is something like a return to the scene of a crime – as the so-called FIFAgate scandal was, in reality, all about South American companies bribing officials from both confederations to pick up media rights at prices well below market rates.

The confusion caused by the scandal’s aftermath threatened the entire staging of the tournament, which was only confirmed towards the end of last year. The final deal has split the TV rights money between Conmebol and Concacaf on a two-thirds to one-third basis, with the US organising committee only receiving money from the box office – which explains the high ticket prices, with the average price of tickets sold by mid-April being $250. 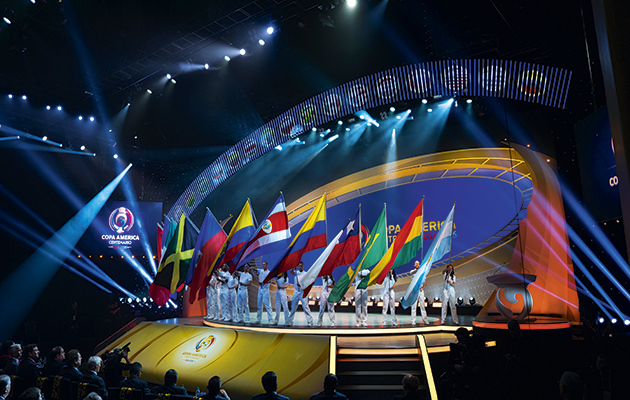 The other problem with this year’s tournament has to do with the calendar. The Copa has had an uneven history, held annually at times but then with long gaps between tournaments at others. After falling into disuse, it was brought back in 1987 as a made-for TV competition which was staged every two years and taken round all 10 South American countries.

But things went awry in 1996 when South America introduced its current marathon World Cup qualification format, in which all the countries play each other home and away. While regular games and guaranteed income saw a dramatic rise in the standard of the less-traditional nations, having so much international football relegated the status of the Copa. As a result, the Copas of 1997, 1999, 2001 and 2004 all featured understrength, experimental squads.

A solution was found when it was decided the Copa should be held every four years. A year after the World Cup, the tournament now brings to an end a period of friendlies and kick-starts the next cycle of competitive action. The regular Copa, such as the one held last year in Chile, therefore serves as a dress rehearsal for the coming set of World Cup qualifiers.

However, the headache for this extra 2016 Copa is that those qualifiers are already well underway, and this year’s competition clearly carries a risk of burning out the players.

All 10 South American nations played in last year’s Copa, while the top six competed in Brazil 2014. For those players based in Europe, this could be their third consecutive summer without a full break – and a fourth in the case of those Brazilians and Uruguayans who also played the 2013 Confederations Cup.

With the 2016 Copa on the FIFA calendar, in theory clubs are obliged to release their players for the tournament. In practice, though, it would not be a surprise if some players are put under pressure to take a break, have a minor operation, and so on. And the South American national coaches might even be happy to go along with this.

Between September and November there are six rounds of World Cup qualifiers – a third of the campaign – and this is when the coaches will want their key players to be firing on all cylinders. Some coaches have already expressed disquiet about the amount of travelling they will have to do during the Copa, criss-crossing the US from coast to coast. Quite apart from the games, the travelling time may have a detrimental effect on already jaded players. So it is highly likely, then, that many of the South American nations will not be at full strength for the 2016 Copa.

But that does not make the event a complete farce. Tournaments tend to weave their own magic, and once underway their universe is restricted to those players who have turned up and others, no matter how great, can be forgotten about until after the trophy is handed over and normal life resumes.

Moreover, there are plenty of interesting angles. Brazil coach Dunga is under pressure. Argentina are smarting at not having won a senior title since 1993. Teams who have made a bad start to the Russia 2018 qualifiers have an invaluable opportunity to regroup. Venezuela have a new coach coming in. Chile’s coach is almost as new and will relish the chance to impose his identity onto the team. There will also be some very promising youngsters on show and one or two important international careers could start in the USA this June.

And then there is the view from Concacaf, where the level of enthusiasm for this tournament is probably highest. Their representatives emerged with considerable credit from the last World Cup and now teams such as Panama have an opportunity to test themselves in competitive conditions against the more traditional powers from the south.

There is also the North American know-how and scale of operation to consider. An emphatic voice in favour of the tournament is that of Kathy Carter, the president of Soccer United Marketing, the commercial arm of USA’s Major League Soccer. “The scale of the 2016 Copa America Centenario” she said in January, “will be, at a minimum, twice the size of the Copa America 2015, from both in-stadium attendance, global television reach and US marketawareness.

“This will be the biggest soccer event [in the US] since the 1994 Fifa World Cup.”

Given the progress the game has made in the US since then, there is a good chance this year’s event will be bathed in a level of enthusiasm that can help the Copa 2016 overcome its own shortcomings. 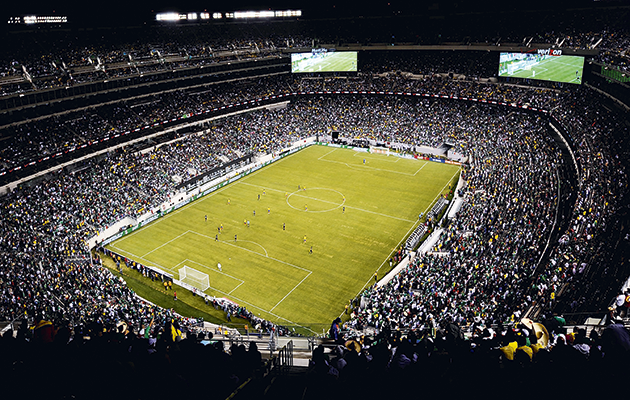