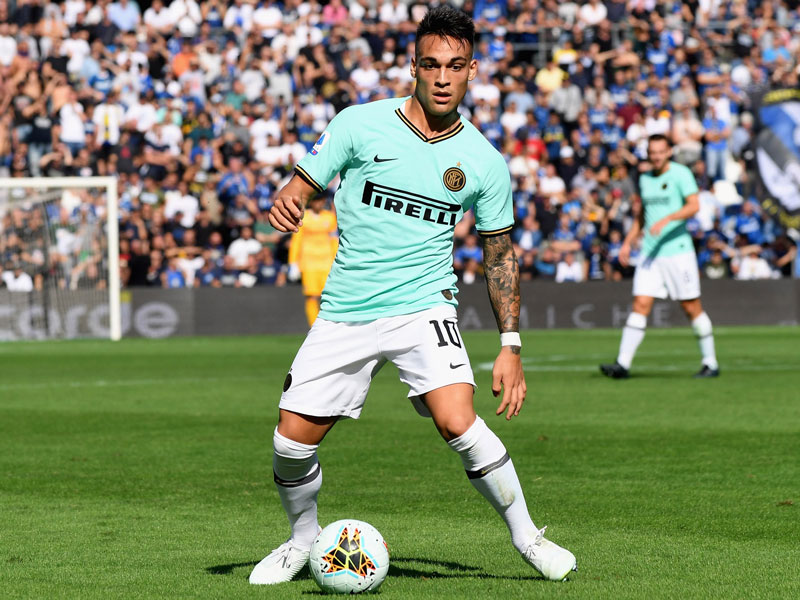 Juventus, Inter and Napoli all started this Champions League week with important results last weekend beating Bologna, Verona and Sassuolo respectively. All comparisons, however, end there.

Juve go into their home tie versus Lokomotiv Moscow on Tuesday night on the back of a convincing 3-0 drubbing of Bayer Leverkusen which leaves them sitting pretty on top of the group alongside Atletico Madrid, both of them on four points. As of now, Juve’s path to the second round is looking good, far from compromised after the opening two games.

What is more, the Old Lady looked to be in stupendous form in her 2-1 Saturday win at home to Bologna. However, after playing some utterly dazzling football for over an hour, Juve failed to score the third goal. In the end, the champions scraped home with Bologna both hitting the bar and prompting a good save from veteran Gigi Buffon with the very last action of the game.

As Juve learn to adapt to the ideas of their new coach, Maurizio Sarri, a certain number of hiccups are still to be expected, yet the wonderful quality of their sustained attacking, quick passing, one touch game, at least for the first hour, would suggest that his pupils are fast learning the lesson.

In particular, Sarri’s gameplan tendentionally opts for the “keep-your-foot-on-the-accelerator” approach, even when you are winning, rather than the “close-down-the-game” approach that comes so much more naturally to Italian coaches. Hence, we can expect Juve to be revved up to hit the accelerator from the off in Tuesday night’s game.

Argentine Paulo Dybala, who sat out most of the Bologna game, could well start alongside Cristiano Ronaldo (on the scoresheet again on Saturday), whilst there may be an outing for Welshman Aaron Ramsey, a player who thus far has been sparingly used. Polish goalkeeper Wojciech Szczęsny replaces living legend and super-sub Gigi Buffon in goal.

By way of contrast, Inter, who trail leaders Juve by just one point in Serie A, already have qualification concerns. An unconvincing 1-1 home draw to Slavia Prague and a predictable away defeat against Barcelona leaves them with just one point.

All of which means that Inter’s next two group games, home and away to Borussia Dortmund, already have a “do or die” look about them. It has always seemed possible that Inter would end up fighting for the second place berth with Borussia in a group that we would expect Barcelona to win.

Inter won their away game on Sunday to Sassuolo 4-3 but, not for the first time, their victory left just a little to be desired. Having gone into the game on the back of successive losses to Juventus and Barcelona, the good news for Inter was that they got back on the winning trail.

The bad news was that, having started the game with a bang by opening the scoring through Argentine Lautaro Martinez after just two minutes, Inter ended up hanging on against a plucky Sassuolo who scored two goals in the last quarter hour to move from 1-4 down to 3-4 down. This is not the first time this season that Inter have faded in the final half hour.

Obviously, that remains a concern for coach Antonio Conte. However, he can feel good about two considerations. Firstly, after the psychological shock of consecutive defeats by two juggernauts in Barcelona and Juventus, his side are back on the winning road. Secondly, his main men up front, Martinez and the Belgian Romelu Lukaku both scored doubles, with both looking sharper, more ready and more confident with every game.

Given that Inter’s Chilean Alexis Sanchez is currently out with an ankle tendon injury picked up last week when playing for Chile in a friendly against Colombia, the good form of both Martinez and Lukaku is especially timely. Furthermore, Sanchez is likely to be out for at least three months, meaning that Conte may have to call on such as Matteo Politano and 17-year-old youngster, Sebastian Esposito, perhaps not against Lokomotiv (where Martinez and Lukaku seem certain to start) but certainly in future games.

Napoli, too, prepared for their Champions League tie away to Salzburg in the best possible manner by beating relegation battlers, Verona, 2-0 on Saturday afternoon. For fourth placed Napoli, undoubtedly the best news of the game concerned their Polish striker, “Arek” Milik, scorer of both Napoli goals, his first of the season and his first since scoring against Chievo last April.

These days, Milik is much more often on the subs bench than in the team but his obvious hunger and his sharpness in front of goal on Saturday suggest that he could yet contribute much to the Napoli cause this season.

“The wind has changed for Arek and it has changed quickly. The turning point was that goal he scored for Poland last week (in a Euro2020 qualifier against Macedonia)”, commented Napoli coach Carlo Ancelotti.

Not surprisingly, Ancelotti is likely to include Milik in his starting line-up against Salzburg, playing him in a two man attack alongside Belgian Dries Mertens and supported by the usual supects, Spaniards José Callejon and Fabian Ruiz and Brazilian Allan. Having made a perfect start in this group, beating the reigning European champions Liverpool 2-0, Napoli will be keen to get back on the winning road after their last group game, a 0-0 draw away to Genk.

Finally, little old Atalanta look like lambs to the slaughter as they head off to Manchester on Tuesday night to face Man City. A 4-0 drubbing by Dinamo Zagreb and a 2-1 home defeat by Shakhtar Donetsk represented a rude awakening for these Champions League debutants. It is hard to see things getting much better against the Guardiola Boys, so another defeat may be on the cards for Atalanta. Currently third in Serie A, Atalanta let a great chance slip away on them on Saturday, surrendering a 3-0 halftime lead against Lazio in a game which ended 3-3. The road may continue to rise with them…