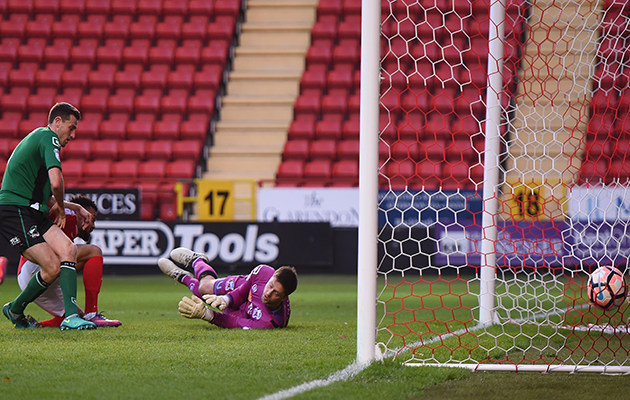 Last Saturday I was at The Valley to see the 1st round FA Cup tie between Charlton Athletic and Scunthorpe United.

This time there was no embittered pre-match protest against the Belgian owner of the club, Roland Duchatele, but the exiguous attendance was a protest in itself. The ultimate irony being that 3-1 victory over Scunthorpe United, top of the table where Charlton in that virtual 3rd division lay 14th.

I saw a highly entertaining game and a notable performance by Charlton, who wholly deserved their 3-1 success, playing the sort of brisk intelligent football which would surely have been relished by the thousands who stayed away and must now be regretting it. The performance was a tribute to the managerial work done by the experienced Russell Slade.

No plastic pigs were this time thrown onto the field before kick-off as they so recently had been. You might almost say that on this lively occasion the pigs had wings. How sad it was to look across the pitch at a large stadium which was almost wholly deserted. If Charlton continue to play as brightly and incisively as this, there is surely no need for their fans to maintain their hostility.

In at least one respect you might say that Slade rode his luck. The game began with the winger Ademola Lookman on the bench. He left it only in the 26th minute, proceeding to score 2 excellent goals. It was the fifth successive game in which Charlton were undefeated.

A team with no fewer than three nicknames, The Addicks, The Robins and The Babes, Charlton in the 1930s and after were bankrolled notably by the Glickstein brothers, wealthy timber merchants. It was a bitter irony when years later a stand-off between their heir, the late Michael Glickstein, for years Charlton to the score now execrated by the fans, should through refusing to sell the plot of land he held behind a goal have condemned it…

It was a fall from grace indeed for a club which in 1946 lost the FA final 4-1 to Derby County after extra time and 1947 (when Burnley were beaten) should now be condemned to play in the obscure first round of the FA Cup.

Over the years Charlton have had so many heroes. Don Welsh, wing half or inside left, an England player and skipper, who once told the late programme editor Colin Cameron that in fact there were 35,000 rather than 75,000 fans inside the ground that day against Aston Villa. Pre-war, Welsh who had a car would charge teammates two pence to drive them up the hill and a penny down again. 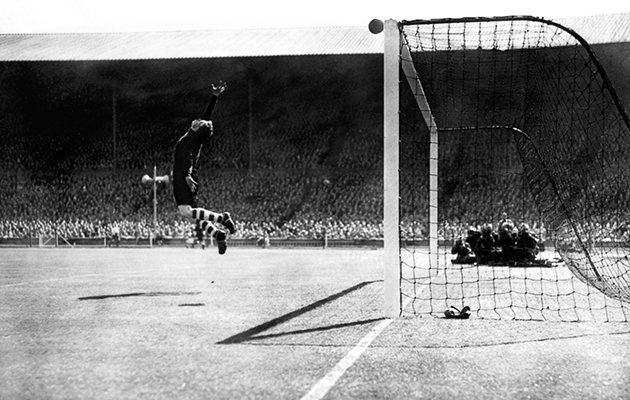 Sam Bartram in action for Charlton against Burnley in the 1947 FA Cup final.

Sam Bartram, that flamboyant redheaded goalkeeper, served the club pre-and post-war for well over 500 games. Charlie Vaughan, arriving from amateurs Sutton United, was a centre forward of subtle authority. The two South Africans Stuart Leary, ultimately a sad suicide, and a Kent cricketer, and Eddie Firmani, who found fame and goals in Italy, where a prolific pair. On the basis of this victory, it would be good to see Charlton rise again from the depths.

Those myriad empty seats were such a stark reminder of all that has gone wrong. Can their outraged fans and their Belgian owner be reconciled on the basis of a team which should now promise so much? 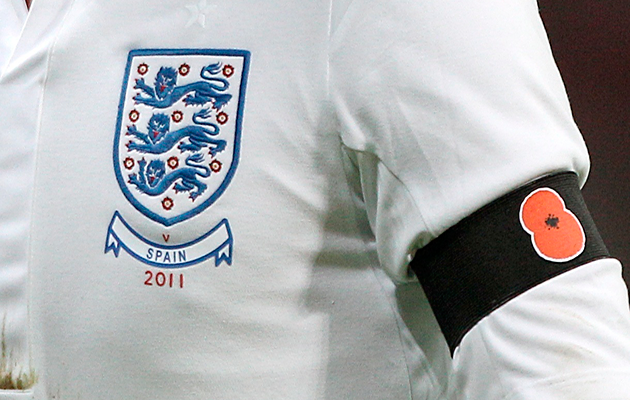 Poppies. To wear or not to wear? Yes I have as always bought mine, but should they be displayed on the kit of England versus Scotland players?

I tend to side with the two senior columnists, one of whom is the patriotic descendant of war heroes, to believe that it isn’t essential.

Poppies one feels have developed into a kind of obsession. For days before Remembrance Day itself every figure you saw on television was sporting one.

Heaven knows I am no admirer of Fifa, that cesspool, but Fifa’s new Secretary-General, the Senegalese Fatma Samba Diouf Samoura – paid 1 million a year despite having no football background, arguably has a point in trying to enforce the Fifa regulation against political emblems. The appointment seemed to make scant sense, but at least she comes to it with clean hands. The exception who surely proves the rule.