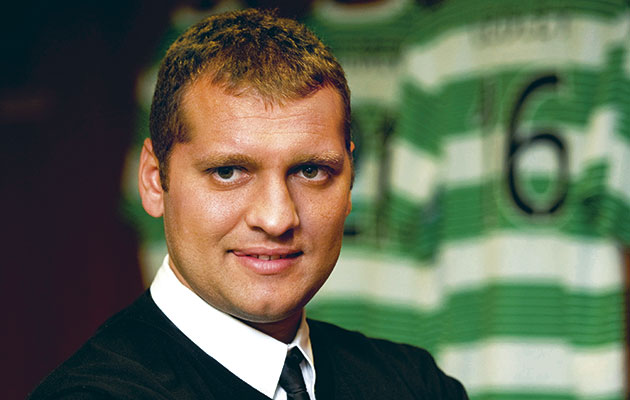 World Soccer: In March 2012, Aston Villa lost 3-0 to Arsenal and you played the game with a high temperature. You didn’t know at the time, but it was to be your last appearance in the Premier League. Soon afterwards you were diagnosed with leukaemia…
Stiliyan Petrov: The worst moment in my life was when I heard the diagnosis. Then I felt like I was the loneliest person in the world. The leukaemia was aggressive and I had to begin medical treatment immediately. I felt the support of millions of people from throughout the football world. To hear applause for me in the 19th minute [he wore the number 19 shirt] was incredible. I had to fight three years. The first year was very difficult. The likelihood of beating the cancer is 50 to 50.

Who supported you during the treatment?
The support came from all over the football world. I was supported from millions of people, most of them unknown. While I was proud of this support, the biggest support I received was from my wife, Paulina. She was with me 24 hours a day. Her task was to help me survive. Our children were sent to the grandmothers and grandfathers. I was in hospital and for several weeks. I couldn’t see my children –
my sons Kristiyan and Stiliyan. They knew about my illness from the very first day. Sometimes they came to the hospital, but it gave me power to fight and to be a husband and father. At that time I valued the important things in my life, even the smallest details. I valued what I could lose and made everything possible to survive. My life was day by day. I had three to four chemotherapy treatments every day and took different pills. But I was sure, that I would recover.

What was this medical treatment?
I went through three very heavy years of chemotherapy, with steroid treatment. Because of the steroids I put on 39kg. At the moment I am trying to get back to my old weight, but it’s difficult because I am still under the influence of steroids.

How did you feel when you came back to Bulgaria after more than three years?
I have no words to describe what I felt because, when I was told of the leukaemia diagnosis, I didn’t know if I would have a chance to go back to my country again. When I heard the diagnosis, my wife began to cry and both doctors stared at the ground. I had to take a very quick decision because they told me that the leukaemia was aggressive and it was necessary to immediately begin medical treatment. I have to thank Professor David Linch from University Hospital in London and all the medical staff there. I have to thank also Professor Charlie Craddock, Sandeep Nagra and the staff in the University Hospital and the Queen Elizabeth Hospital in Birmingham. 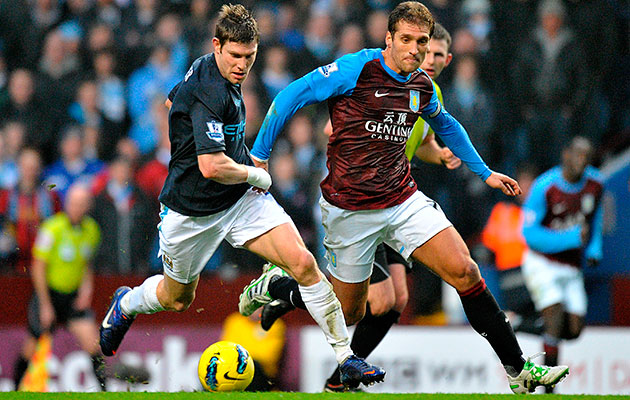 Which is the main difference between English and Scottish football?
In Scotland I played for a side who were dominant in the league. Most of the other teams played defensive against us. In England it was totally different. Most of the teams are of an equal standard and everybody can beat everybody. The football in the Premier League is quicker, with players in excellent physical condition, and you have to be well prepared tactically. Also, in England almost every mistake gets punished.

The image of Celtic in Scotland is different than the image of Aston Villa in England…
Yes, the people expect Celtic to be champions every year and to play in the Champions League. But at Aston Villa, the fans, maybe, have a different kind of idea. They know that in the Premier League you need to have a lot of money to build a strong team to challenge the likes of Chelsea, Manchester United and Manchester City.

Which derby is more emotional: Celtic-Rangers or Liverpool-Manchester United?
Celtic–Rangers is more emotional because of the religion. The atmosphere is more stressed and the fans are more aggressive.

But now there is no derby between Celtic and Rangers…
Unfortunately that’s the truth. And this is the biggest problem for Celtic. If Rangers don’t return to the first division, it wouldn’t be good for Celtic, because without a real rivalry the team will be champions of Scotland, but they won’t be strong enough to compete in Europe.

You have started a charitable foundation with your wife. What do you want to achieve with it?
I would never wish on anybody what has happened to me. That is why my wife and I founded a foundation. We decided to search for a cure for the cancer, as an alternative of chemotherapy. We have ambitions to help the oncological hospitals in Bulgaria. Our foundation also supports families of children with cancer.

How do you see your future?
I have a lot of plans. I’m studying for my coaching badges and last season I was a coach for Tim Sherwood at Aston Villa. I really don’t know what will happen next. There was some talk about me helping to support Bulgarian football, but I am still undecided.