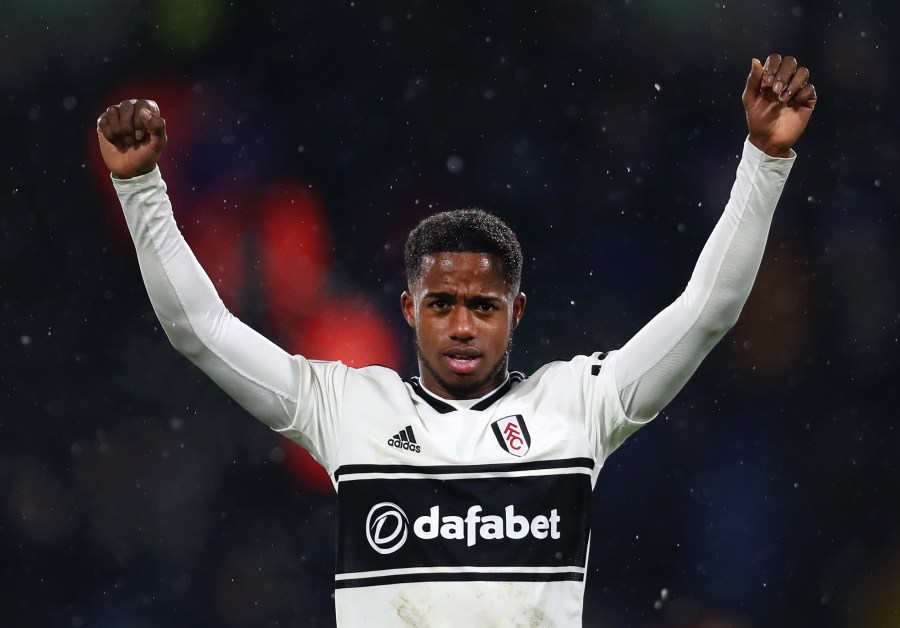 As part of our series on Europe’s talent hotspots, Andrew McSteen takes a look at the South London boroughs that are home to many of the stars of England’s recent World Cup-winning youth teams.

When manager Gareth Southgate led England to fourth place at the 2018 FIFA World Cup, it represented their joint-second best-ever result, and with their U20 and U17 sides winning their respective FIFA World Cups in Korea and India the previous year, hopes are high in the traditional home of football that Qatar 2022 will see many of those young players bring home the ultimate football prize.

And playing a large part of that could be South London, which is quickly becoming a heartland of talent for the national team with players like Jadon Sancho, Tammy Abraham, Ademola Lookman, Ryan Sessegnon, Reiss Nelson, Joe Gomez, Nathaniel Chalobah, Callum Hudson-Odoi, Aaron Wan-Bissaka and Ruben Loftus-Cheek born, raised or playing their football there – and representing England at various levels.

To even define South London is problematic. Of the 32 boroughs which, politically, make up London through their local councils, we can look at Greenwich, Lambeth, Lewisham, Southwark and Wandsworth as the ‘true’ South London boroughs, those of which are designated as ‘inner London’. In addition, Bexley, Bromley, Croydon, Kingston upon Thames, Merton, Richmond upon Thames and Sutton are the South London ‘outer’ boroughs.

The strength of South London’s influence in English football can be traced back to the origins of the game itself. The Oval, in Kennington, hosted England’s first-ever home international, back in 1873, featuring numerous players with links to the region and was the same venue for the first-ever FA Cup Final in the 1871-72 season. Current England manager Southgate came through the Crystal Palace academy, as did the previous long-term manager, Roy Hodgson, now Palace manager himself. 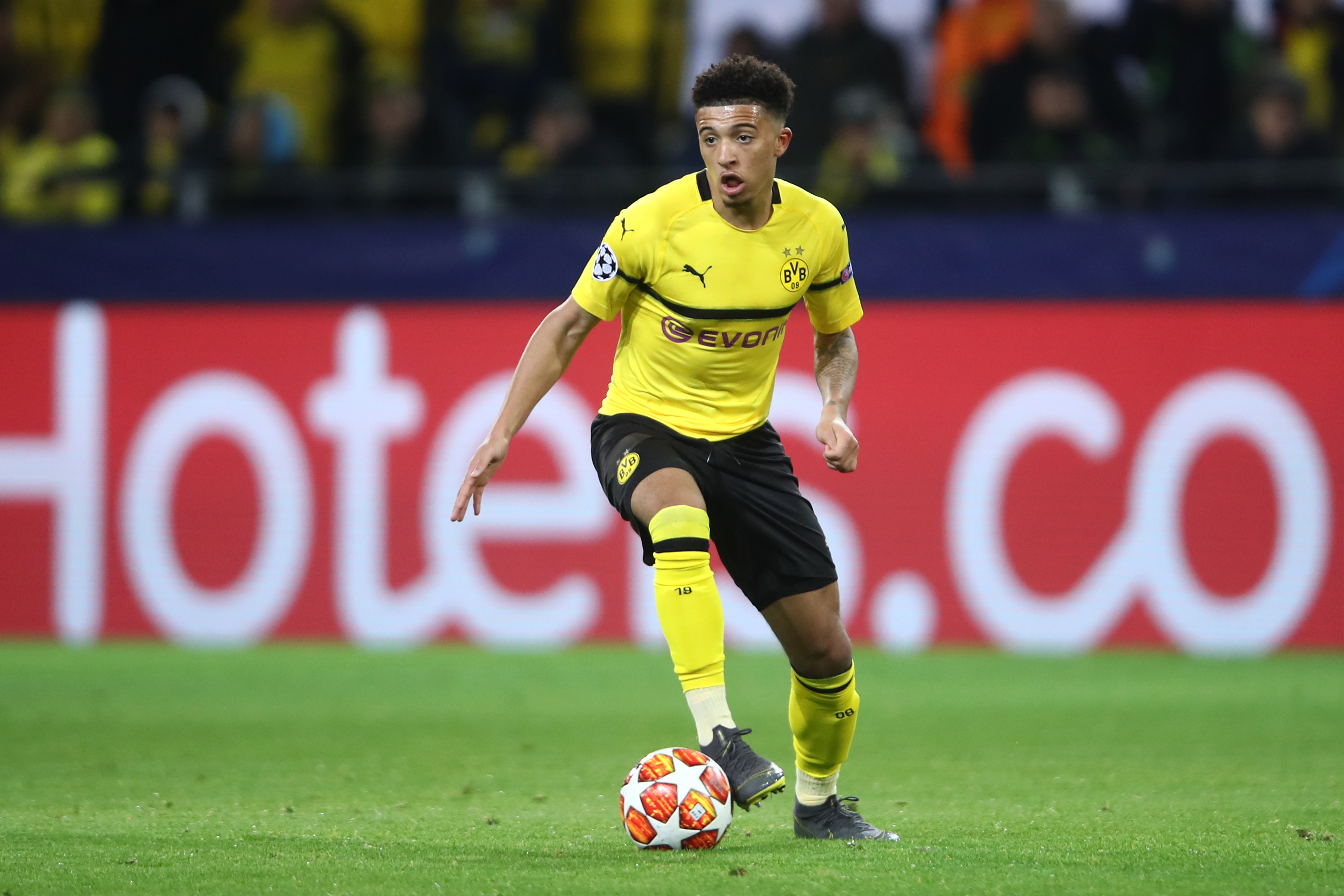 “It’s a very densely-populated area and football is a way for some people to move away from the poverty that they are experiencing,” said Hodgson when asked about if there was any reason for this trend of talented footballers coming from the south. “It’s good that South London is producing these players and with our own academy we make sure we do our level best to get them in and give them every chance of succeeding as many have done before them.”

Charlton Athletic Academy graduate and current Miami FC player Lloyd Sam echoes Hodgson’s thoughts about the strive to succeed. “South London football has always had a football culture with fierce competition and there are players from poorer backgrounds who maybe have an extra ruthless mentality,” said the former Leeds United, Charlton Athletic, New York Red Bulls, DC United, England U20 and Ghana player. “You need that edge – there is a drive as well to make it and make a better life for your family.

“Everywhere I’ve been there’s a different style of football, a different energy but in South London there are so many players who could have made it but who you have never heard of. Luckily enough I was able to come through – I came in full-time and everything changed for me – I didn’t look back.”

Having been at the club since 2001 Charlton Athletic Academy Manager Steve Avory oversaw Sam’s development, as well as the new breed of England players like Lookman and Gomez, and with experience across England he agrees the sheer numbers are crucial, but the quality can be traced back.

“Historically, South London was a stronghold in schools’ football which was evident when I was a young footballer in the early-mid 1970s, they had strong representative, district teams,” he said. “Of course, there is a huge population too and more density of UEFA A-Licensed coaches, probably more than anywhere in the country.

“When I came to work in Charlton, I noticed we didn’t have enough players which reflected the demographic of the area where we are in Greenwich. We had to make a conscious approach to change that and it did.

“Both Gomez and Lookman had very different journeys but both had family units behind them which was important in them supporting our expectations here. Parents are expected, when boys come our academy, to sacrifice a lot of finance and time to come 4-5 times a week and that’s a huge commitment.

“We also have a lot of football going on [around us]. If young players can actually go out and play in a park, cage or five-a-side centre, just getting the ball and going out and playing with your mates. Ademola did a lot of that and that is where the toughness comes in; players become durable.”

Crystal Palace’s Chairman Steve Parish also praises the geography as a bonus but does not take it for granted. “One of our biggest assets is where the club is,” he said. “We’ve got a great catchment area but a fair amount of competition with the bigger teams around us and it’s becoming a much more competitive world in recruitment. We have secured a piece of land [for our academy] in an inner city location where the boys can get to quickly, so we can still use our uniqueness – the sort of thing that has helped find these players and hopefully we can uncover a lot more.”

Gary Issott is the Academy Director at Crystal Palace and agrees with his chairman that location is key to discovering elite talent. “South London is a hugely populated area with people from diverse nations, nations which are well-represented in football,” he said. “At a school in South London there will be potentially two or three players at an academy so if you go to school with other good footballers it inspires you, brings you on, it tests you as opposed to being brought up in an outpost where you don’t have that inspiration or challenge around you – we are able to scout players from 1-1.5 hours circumference from our training ground.

“There are also lots of five-a-side centres readily available to players in our areas and that’s a bonus because the hours of practice you can clock up in any given talent that you choose to follow is key. In South London you can go onto a five-a-side court as a 14-year-old and mix with 18-19 year olds which brings the players on emotionally, physically and technically.

“It’s a bit of a throwback to the years gone by where there were no academies and everyone was self-taught but this, second generation of academy players since the academy system started in 2000, have unorganised practice and self-practice as well as the organised practice and coaching by fantastic coaches nationwide. It is not just coaching sessions, but how children learn, how to create the right environment, the psychology of coaching players – the FA has done a great job.

“Top players like Wilfried Zaha, Nathaniel Clyne, Aaron Wan-Bissaka and Ademola Lookman have managed to apply themselves to the mental aspects and commit themselves to their career. The distractions can be quite strong, and it defines whether they make it or not, but they had their ups and downs and have shown some real resilience to get where they get to.”

Distractions and knockbacks feature in Ibrahim Kanu’s daily life as a community coach. Born and raised in South London he has worked for Tottenham Hotspur, Norwich and now Arsenal and is in no doubt about what the secret is in South London.

“There’s a lot more opportunity to progress into academies for the young people now compared to even when I was playing, clubs from all over come to scout,” said Kanu who also runs a club with U10-U15 teams in South London. “When a young person comes to the club at 9 or 10 years old, they are already asking ‘what links do you have to clubs and do scouts come to your games?’ – they look at a club and see five players have gone on to play for this club and that club. If you’re a new club starting up and haven’t had any players go to an academy or youth level, they will be their second or third choice.”

Having covered football in South London for over 10 years, Richard Cawley, Sports Editor of the South London Press newspaper not only credits the sheer number of people living in the region but the strong club networks at all levels.

“The most obvious reason for it is the mass of population, there are bound to be more successful players,” he said. “But with certain football clubs’ players get more of an opportunity to play first team football, particularly at Charlton Athletic, like Gomez and Lookman.

“It’s also harder to slip through the cracks now as if you do well at a club, even at non-league level there are all-manner of clubs looking. Any young player who is scoring goals regularly for one of our South London clubs whether it be Dulwich Hamlet, Fisher Athletic or Tooting and Mitcham, they are going to be looked at by clubs locally and beyond.

“As soon as a youth player goes on trial somewhere every club wants to ensure they don’t miss out – clubs are scared of are missing that player coming through and who could be worth a bit of money in the future.

“There is also greater access for clubs to see players now,” added Cawley. “Non-league sides have videos of their matches and this makes it easier for players to showcase themselves and highlight their skills. If you’re good and shine you will get a chance as clubs now have people so much on the ground and South London clubs actually have a battle to keep these players now.”

“The success these footballers have self-perpetuates,” adds Avory. “Up-and-coming players playing junior football in the parks or already in academies see so many role models out there playing at the top level of the game and succeeding. They see that pathway through to the first team and aspire to be like them.”