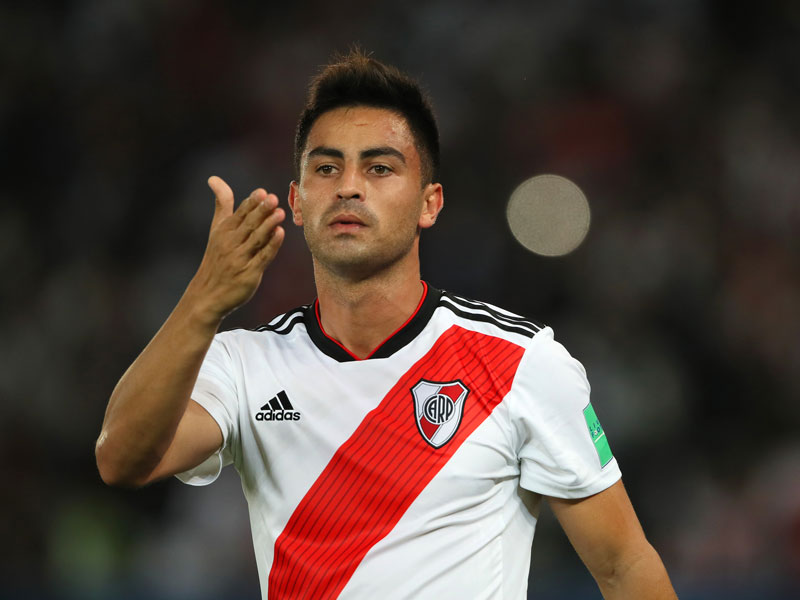 At the end of every year, the Uruguayan newspaper El Pais organises a survey to crown the best player of the Americas. Perhaps too much importance is given to the results, based on a poll from a pool of 320 journalists. But the award is undoubtedly prestigious.

This year’s winner, with 41% of the vote, was Argentine attacking midfielder Gonzalo Martinez, a key figure in River Plate’s eventful Copa Libertadores triumph. Martinez is now moving on – though he remains in the Americas. He takes the long trip north to join Atlanta United in the MLS – a club who have done exceptionally well, establishing themselves in next to no time, with a model based on the acquisition of South American players. Indeed, their Venezuelan striker Josef Martinez came fourth in the El Pais survey with 7% of the vote. Another of their big success stories, Paraguayan midfielder Miguel Almiron, may be on his way to Europe in the January transfer window. The most logical view of events would be that Atlanta see Gonzalo Martinez as an Almiron replacement.

It is a signing that can be analysed from opposing perspectives. From the point of view of the MLS, there is much to celebrate in the fact that a new club can attract the man acclaimed as the best player in South America. For those south of the border, however, this does not look like such a positive development. Yet another destination has emerged to whisk away South America’s finest. The most promising go to Europe, at an ever earlier age. And now the USA has joined China and the Middle East as an attraction for those on the next rung down on the ladder – where Atlanta have found Gonzalo Martinez.

Under the guidance of River Plate coach Marcelo Gallardo, Martinez has blossomed in the last few months. Gallardo has used him in a number of different positions – wide on either flank, or operating behind the strikers, and his pace and splendid left foot have been showcased to good effect. He won a couple of Argentina caps in September.  But he is already 25 – the mark around which the top European clubs commonly start to lose interest.

This is an observation that rings true for the 2017 winner of the El Pais award, Gremio playmaker Luan. He has had a frustrating time since carrying Gremio to their Libertadores title little more than a year ago. The Club World Cup game against Real Madrid – an experience Martinez did not have after River’s semi final exit – was not an advert for Luan’s capacity to dominate games at the highest level. He was barely considered for Brazil’s World Cup squad, and the interest that came in from Europe was from the periphery rather than the centre.He stayed with Gremio, but had a disappointing time in 2018. At the end of the year it appeared that some of the club’s directors would have bene happy to swap him for a much older player, 33 year old Thiago Neves. Luan is not 26 until March, but already it is clear that he faces an uphill battle to be considered a genuine world class player.

Similar things might be said about 2016 El Pais winner, Colombian centre forward Miguel Borja, 2015 winner Carlos Sanchez, a Uruguayan midfielder, and Teo Gutierrez, the Colombian striker who won the award in 2014.  2013 winner Ronaldinho was already a dismal shadow of his former self – leaving Neymar, winner in 2011 and 12, as the last El Pais player of the year with a top level future in Europe.  Both 2008 and 09 belonged to Juan Sebastian Veron, a great player enjoying a final hurrah after returning from Europe.  2011 and 12 were Neymar’s – the young man on the way up.  The subsequent years have showcased lesser talents – but they are the best that can be seen in a footballing scenario hollowed out by the loss of its star attractions.