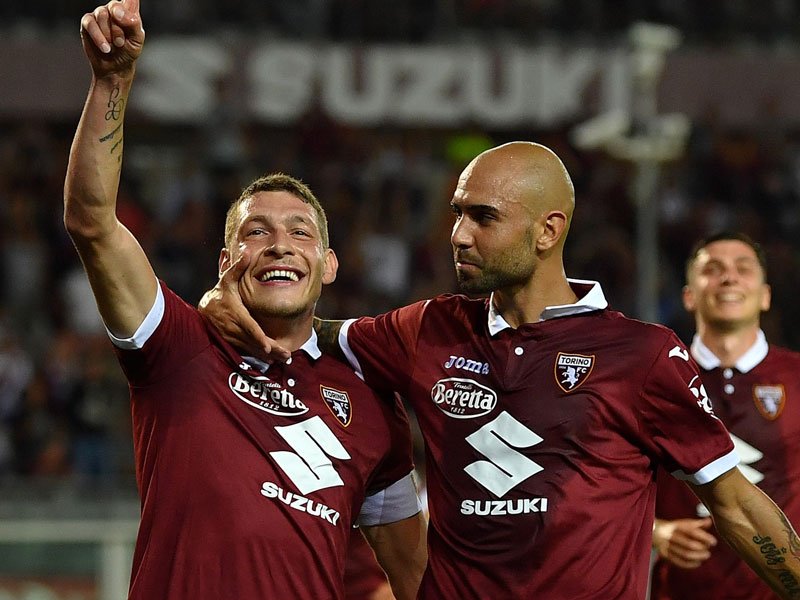 Paddy Agnew’s Notes From Italy: Could This Be A Good Season For Torino?

Could this be a season when Torino earn themselves some deserved sunshine, in the wake of a lifetime spent in the heavy shadows cast by their richer, more powerful city cousins, namely Old Lady Juventus?

Called into the Europa League at the last moment, following UEFA’s disqualification of AC Milan for Financial Fair Play reasons, Torino may yet meet Premier League side Wolverhampton Wanderers in the final play-off round of qualifying next week.

Italian clubs rarely shine in European competition at this pre-season time of year. September, let alone August, comes too early for them.

Thus, it has been refreshing to note the vim and vigour with which Torino have thus far disposed of their (admittedly moderate) Europa League opposition. In their initial tie, Torino saw off Hungarian side Debrecen 7-1 on aggregate, whilst in their third qualifying round, they are currently 5-0 up on Bielarus side, FC Shakhtyor, ahead of the return leg in Minsk on Thursday.

If, as seems probable, Torino finish off the job in Minsk, then their next opponents will almost certainly be Premier League side, Wolves, currently 4-0 up against Armenian side Pyunik, ahead of their home return leg, also on Thursday. It is 39 years since Wolves last played in European competition but even if Torino’s absence has not been so lengthy, this is still a vitally important competition for them too.

To qualify for the autumn group stages of the Europa League would represent not only some welcome coffers at the box-office but also a psychological boost for a club whose fans spend a lot of time looking on at their city cousins’ Champions League progress, not without a little envy.

The thing about Torino, of course, is that as anyone even vaguely familiar with football history knows, la “Grande Torino” was once the powerhouse of Italian soccer.     That glorious past, admittedly, came 70 years ago at a time when Torino won five consecutive Serie A league titles between 1943 and 1949.

That Torino side was so all dominant that in May 1947, the then Italian national coach, the legendary Vittorio Pozzo, picked 10 Torino players for a 3-2 friendly win in Turin against Hungary. The only non-Torino player was the Juventus goalkeeper of the day, Sentimenti IV.

The Torino dream team however was cruelly cut down in its prime in May 1949 in a horrendous plane crash, whilst returning to Turin after playing a testimonial match for a Benfica player in Lisbon. 31 people, including players, club officials, journalists and crew lost their lives when the plane crashed head on into the Basilica, perhaps due to a faulty altimeter in the cockpit.

Even if the record books record that Torino won the Italian title some 27 years later in 1976, the club has never really recovered from that traumatic tragedy. Beaten in the old UEFA Cup final by Ajax in 1992, Torino’s fortunes subsequently took a severe downturn, with the club relegated to Serie B for 11 of the last 24 seasons.

Back in Serie A since 2012, the club has progressed quietly, finishing seventh in 2014 and last season, on both occasions qualifying for the Europa League. Featuring such as Italian internationals Simone Zaza and Andrea Belotti as well as Spaniard Alex Berenguer in attack, not to mention Venezuelan Tomas Rincon, Italian international Daniele Baselli and Argentine Cristian Ansaldi in midfield with the experienced Salvatore Sirigu in goal, the current Torino squad is nothing if not combative.

Which sits well with the best traditions of a club often admired for its underdog battling qualities. Torino owner, the media tycoon Urban Cairo, last week pointed out that he has rejected offers for several of his players, adding that such is his squad’s strength, he feels under no pressure to go out looking for a big transfer coup.

Cairo told “Gazzetta Dello Sport” that the idea of not selling his best players came to him last May when he was up on the Superga hill outside Turin, to mark the 70th anniversary of the clubs’s great tragedy. Cairo explained:

“Looking at the graves of all the players and seeing how young they were, I looked up the lineouts of the Grande Torino and I noticed that often the club made no squad changes at all, limiting itself to maybe just adding one player…”

So, the club’s history is never far away.

“We’ve got to approach this the right way, fully concentrated”, says owner Cairo, adding: “But hang on, first we have got to go and win in Minsk.”