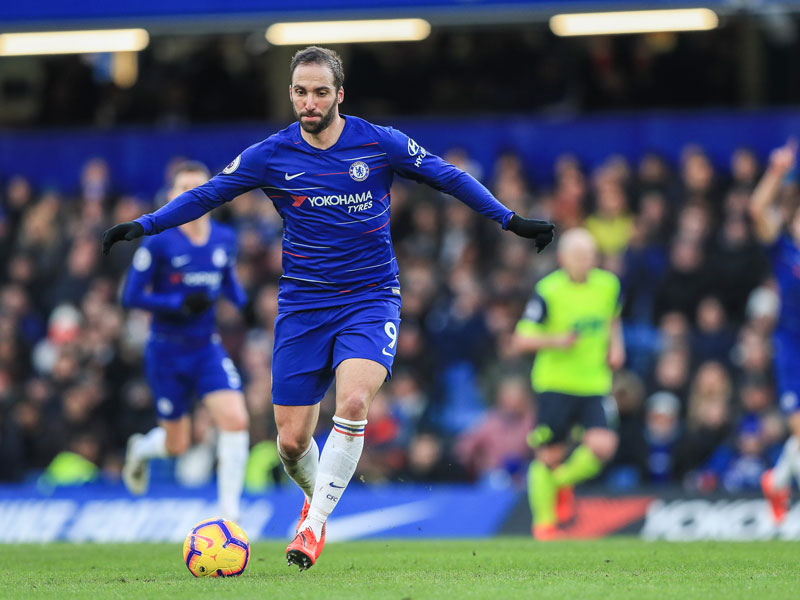 One swallow may not make a summer, but one star striker can assuredly transform a football team. As we have just dramatically seen in the case of Chelsea.

So infuriated was Maurizio Sarri by the dreadful capitulation at Bournemouth that he refused to travel back to London with the team, preferring to be driven back on his own. Yet within mere days the picture had dramatically and positively changed with Chelsea thrashing Huddersfield Town 5-0 at Stamford Bridge

Was this because the Chelsea team had suddenly comprehended Sarri’s tactics? Or was it simply that the arrival of that incisive Argentine centre-forward Gonzalo Higuain to lead the attack had utterly transformed an ailing team and possibly saved Sarri his job?

Sarri insisted that Chelsea had gone down so pitifully at Bournemouth because his tactical orders had been wantonly ignored. After that debacle Sarri harangued his players for some 50 minutes, accusing them of not following his tactical orders.

But the big question was whether the players had failed to follow his tactical instructions, or if in doing so they played into the hands of opponents who had studied them all too well.

Then suddenly the music radically changed for the better. Changed quite palpably with the arrival of that prolific forward Higuain. Suddenly the attack was transformed not by any force of tactics but because there was now a formidable marksman to give the attack point and purpose. It also allowed Eden Hazard to move to his favoured role on the left wing. Both players scored twice in the 5-0 crushing of helpless Huddersfield.

For the moment at least Sarri’s job seemed safe, but it had nothing to do with his preferred tactics. Will he now try to impose them in this very different and much more positive situation?

Credit Neil Warnock for inspiring a Cardiff City team to rise above the disaster of losing Emiliano Sala before alas he could even kick a ball for them. Warnock managed to motivate a Cardiff team facing such a delicate situation, well deserving its 2-0 win over a disappointing Bournemouth and raising hopes of survival in the top division. It was the most convincing display of the season by Cardiff who if they can maintain such form could survive in the senior division.