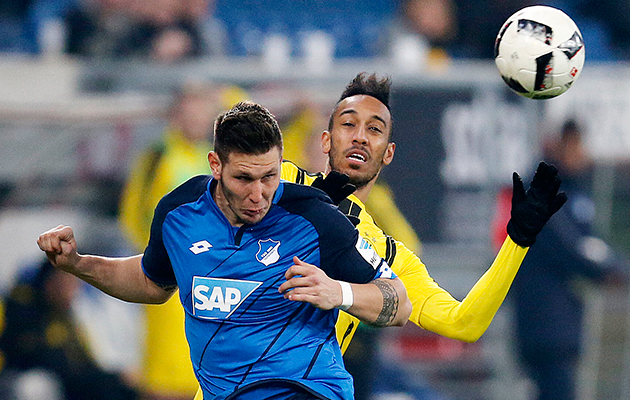 1. Buying out the competition
The only undefeated team left in the Bundesliga this season and very much in the hunt for a Champions League spot, Hoffenheim are nevertheless facing some uncertain times.

Perennial champions, Bayern Munich have a long tradition for divesting domestic rivals of talent and if to ‘Bild am Sonntag‘ is correct, the Bavarians are about to lure away the only two full German internationals in the ‘Kraichgauer’ ranks: utility man, Sebastian Rudy and centre-back, Niklas Süle.

Equally well-suited to the right-back role as a variety of midfield positions, Rudy is reported to have agreed in principle to head to the Allianz-Arena on a Bosman free next summer, while Bayern will have to dig considerably deeper for the highly-promising 21-year-old Süle – 25 million euros and counting.

Held 2-2 at home by Dortmund on Friday, Hoffenheim would have felt disappointed that they did not collect maximum points. Twice they were in front and for 50 minutes had a numerical advantage, the consequence of a red card for visiting attacker, Marco Reus.

Dortmund will argue with some justification that the key refereeing decisions went against them. In the lead-up to Reus’ second yellow card, the latter was a victim of blatant shirt-pulling by an opponent and prior to heading in Hoffenheim’s second goal, striker Sandro Wagner seemed to push Dortmund’s Sven Bender.

A day to forget for referee, Benjamin Brandt and his team. 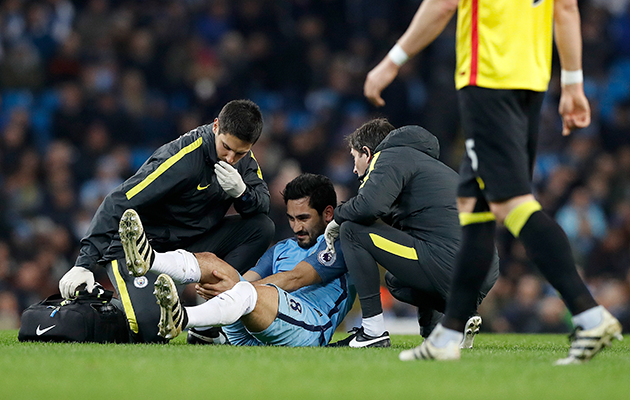 You would require an emotion by-pass not be able to sympathise with ill-fated Manchester City and Germany midfielder, Ilkay Gundogan, who in the last three years has been dealt the worst possible injury hand: lengthy spells on the sidelines with a spinal problem, dislocated kneecap and now torn cruciate ligaments in that same right-knee, a setback which is expected to keep him out for the rest of the season.

One of the first to offer support to the ex-Dortmunder was Bundestrainer, Joachim Löw. In many ways, Gundogan personifies Low’s football gospel: the intelligence, the vision the technical-refinement. Yet only infrequently have the pair worked together. A crying shame for both the player and the Nationalmannschaft.

“It’s a really bitter blow for Ilkay and has come at a time when he was playing at an unbelievably high standard,” declared Löw. “He has proved on more than one occasion that he knows how to fight back and he’ll do it it again. I’m convinced he’ll return as strong as before.”

And so say all of us.

Although his side were on a four-match winless streak, they were not exactly drowning – in 13th position, five points above the automatic relegation places – and he was making a good fist of improving them defensively, conceding just 16 goals in 14 fixtures.

It’s also worth underlining Schuster’s distinct lack of options in the attacking-third, with strikers Raul Bobadilla and Alfred Finnbogason and left-winger Caiuby all struck down this autumn with long-term injuries.

Essentially this was a dismissal born of buyer’s remorse. The FCA front office tacitly admitting that they had got it wrong when replacing the Schalke-bound, Markus Weinzierl with Schuster.

Until the turn of the year, former club youth team coach, Manuel Baum, will fill on a caretaker basis and marked his first game in charge with a 1-0 home win over Gladbach on Saturday. No better way to enhance a job application.

4. Oh Danny Boy
Out for much of this year with an abductor injury, Mainz defensive midfielder, Danny Latza certainly enjoyed himself in the 3-1 win at home to Hamburg at the weekend. First of all, opening his Bundesliga scoring account after drawing blanks in his previous 33 appearances. Then going on to complete a memorable hat-trick, all of his strikes hit with laser-like accuracy from distance.

Formerly with Bochum. the 27-year-old Ruhr native normally is known for his ‘watercarrier’ abilities. His bite in the tackle, non-stop running and never-say-die attitude. So what a change it was to see him don the garb of spectacular matchwinner.

“One goal would have been enough for me,” declared Latza, who only returned to the Mainz fold last month following a seven-month lay-off.

“To score three is an indescribable feeling. It’s all the more sweeter because of the frustration I’ve had to put up with. Now I’m back and relishing every minute.”

5. Rumours, rumours
Struggling Wolfsburg might have managed their first win in six weeks on Saturday, seeing off Eintracht Frankfurt 1-0 at the VW Arena. But it has not meant greater job security for Wolves coach, Valerien Ismael, who only jumped into the hot-seat in October after Dieter Hecking was sacked.

The word in the ‘Autostadt’ is that Ismael’s days are numbered and that Wolfsburg’s grand plan is to make a mid-term move for David Wagner, the bright and innovative boss of English second tier side, Huddersfield Town.

Wagner, a good friend of one Jurgen Klopp, has an excellent reputation in his homeland for his youth development work (at Hoffenheim and Dortmund) and according to Kicker magazine, talks between the German-American and Wolfsburg have “intensified”.

It’s bound to be atough choice for Wagner. A Premier League promotion push with Huddersfield. Or the keys to his first Bundesliga vehicle.

Another elite coach on the brink is Gladbach’s Andre Schubert. His side are seriously under-performing – yet to win on the road in the 2016-17 top-flight – and the smart money is on him making way for Dieter Hecking.