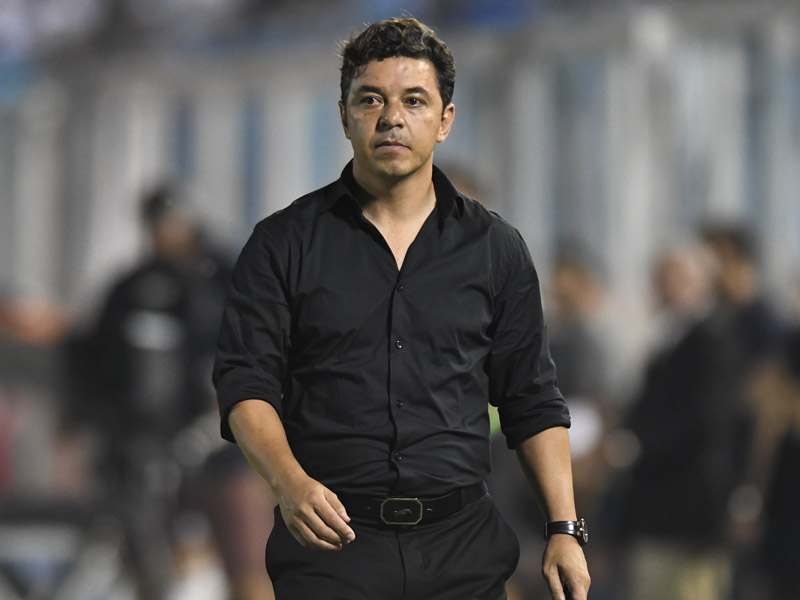 Marcelo Gallardo is a few months away from six years as coach of Argentine giant River Plate – an extraordinary run, which in the short term environment of South American football borders on the miraculous. But he now faces the most difficult challenge of the entire long spell.

Gallardo’s team have committed a cardinal sin of the South American game. Within the space of four months they had two major titles in their grasp, but ended empty handed.

It started in late November, when Gallardo appeared to have given a tactical masterclass against Flamengo in the final of the Copa Libertadores. The Brazilians, who had been in such rampant form, were all but completely nullified for 88 minutes. A few more seconds of defensive solidity and River would win the game 1-0 and be crowned continental champions. But an individual mistake led to a collapse, and in three crazy minutes they went down 2-1.

The manner of the defeat left mental scars. They began 2020 with a spate of victories as the Argentine league season drew to a climax. But in the penultimate round they could no longer find the same fluency, and were held 1-1 at home to Defensa y Justicia. The finishing line was close – but in the home straight legs were getting heavy and minds were turning jumpy. A win in the last round, away to Atletico Tucuman, would wrap up the title. Their opponents, without a win in nine rounds, were limited but game. They took the lead and managed to hold on for a 1-1 draw – meaning that Boca Juniors overtook River on the line with a 1-0 win over Diego Maradona’s Gimnasia. River went away muttering about refereeing decisions – a goal seemed harshly ruled out and there were a couple of penalty appeals. But their performance was not one of champions. They were not the same side that, full of bounce and confidence, had won 2-0 away to Estudiantes just two weeks earlier. They had withered under pressure.

And there is no time to feel sorry for themselves. They are in action on Wednesday in the 2020 version of the Libertadores.

This is the second week of group action. Three points have already been thrown away in week one. With an eye and a half on Saturday’s league game, River sent a reserve side to Ecuador to face Liga of Quito, and went down to a 3-0 defeat. Theirs is a group with little margin for error. Of the eight groups, it is the only one to contain three champions; Liga won the trophy in 2008, River have four titles and Sao Paulo of Brazil, next week’s opponents, have three. The other team are Peruvian champions Binacional – on paper no match for the likes of River, but a danger on their own pitch, some 3,800 metres above sea level. The altitude was clearly a contributory factor to last week’s 2-1 win at home to Sao Paulo.

On Wednesday Binacional come to Buenos Aires, where they are rank underdogs. But the Peruvians do not need to worry about walking into a hostile arena. Punishments from previous campaigns mean that River will play this match – and their other two home group fixtures – behind closed doors.

There are plenty of reasons, then, for River Plate to feel sorry for themselves. And at the moment, licking their wounds after Saturday, it does feel like the end of an era. The team miss the midfield class and physicality of Exequiel Palacios, sold to Germany. Reserve strikers Lucas Pratto and Ignacio Scocco may have passed their sell by date.  Centre back Javier Pinola is 37 and vulnerable. At 33 midfield anchorman Enzo Perez is no longer as consistent. There is a rebuilding job to be done – which will be brought forward if the club crash out of the Libertadores in the early stages.

But after all this time, is Gallardo the man to do it? He would surely have opportunities in Europe if he wanted them. Pep Guardiola has been singing his praises. So can Marcelo Gallardo pick up River Plate from the wreckage? Does he really want to? Or is the long reign at River coming to an end?