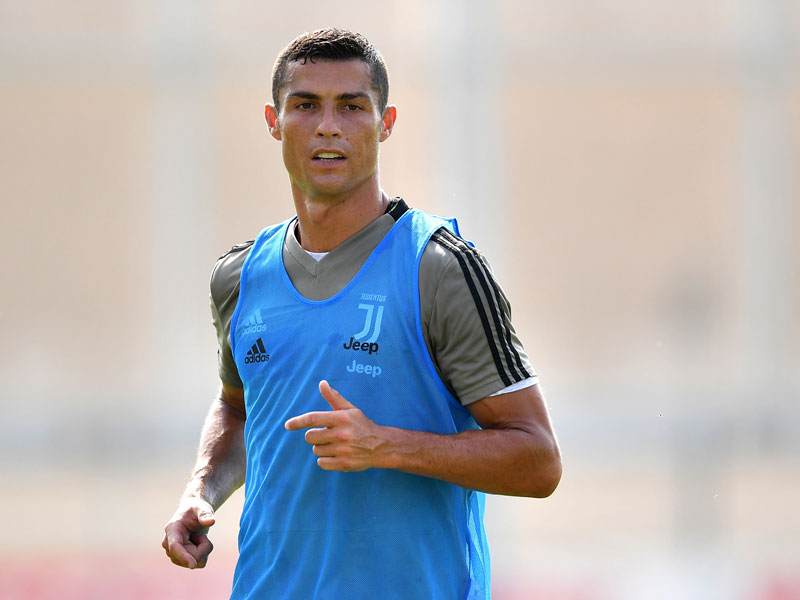 Paddy Agnew’s Notes From Italy: Milan And Maybe Italian Football About To Rise From The Ashes

Just when Italian football appears to have reached its nadir, is the Italian movement about to slowly emerge from the Ashes? In the week that living legend Paul Maldini has announced his return to his lifelong alma mater, AC Milan, and just one month after Juventus signed arguably the most famous player on the planet, Cristiano Ronaldo, the question is worth asking.

With Italy failing to qualify for the World Cup, with once glorious AC Milan about to be thrown out of the Europa League, with top level clubs like Bari and Cesena going into bankruptcy, this has been yet another traumatic summer for Italian football. Yet, do events like the signing of Ronaldo and Milan’s Europa League survival, in any way, suggest that a corner is being turned?

At World Soccer, we have regularly signalled over the last year that there were impending problems up ahead for AC Milan. Ever since Chinese entrepreneur, Li Yonghong, bought the club from media tycoon and former Prime Minister Silvio Berlusconi for €740 million in April 2017, there had been negative speculation about the club’s future

Given that Mr. Li had had to borrow €308 million from the hedge fund firm, Elliott Management, in order to close the deal, this was hardly surprising. The point was that that the €308 million was scheduled to be repaid by this autumn, at an 11% interest rate, bringing the repayment to approximately €380 million. It was always a possibility that if, at any point, Mr. Li did not make his repayments, then the club might well become the property of Elliott management.

So, it proved at the beginning of July with Elliott taking full control after the Chinese ownership failed to make a €28 million euro repayment on its debt. Then a funny thing happened. Just when we were wondering if the seven times European Cup/Champions League winners were about to be asset-stripped down to their jockstraps, it emerged that Elliot seemed intent on rebuilding the club – not necessarily for sporting but rather for sound business reasons.

The logic seemed to be that, having picked up one of the iconic clubs of world football for a relative “song”, it would only make sense to strengthen and improve it and then sell it on for a handsome profit. Thus it was that, having won its last gasp appeal to the Lausanne based CAS arbitration court, in order not be kicked out of the  Europa League, the club then signalled some very positive intentions.

Then secondly, this week the club announced the return of one of its most famous prodigal sons, namely Paolo Maldini. A new management structure, featuring Paolo Scaroni, the former CEO of state electricity company, ENEL, as managing director and former Brazil and AC Milan great, Leonardo, as sports director had already been announced.

Yet, it is the return to the fold of the iconic Maldini that sends the strongest signal. Having failed to agree terms with Barbara Berlusconi, when her father still owned the club, and then having been unimpressed by the work conditions offered to him by the Li Yonghong ownership, Maldini appears to have expressed a serious vote of confidence in the new Milan. His first words as new Director of Sports Strategy and Development were to sound a gong of realism:

“The first objective has to be (the creation of) a solid club.   And this will be one…”

Convinced by the presence of old comrade in arms, Leonardo, a not insignificant talent  spotter who in the past signalled Brazilian talent such as Kaka, Thiago Silva and Pato to AC Milan, Maldini says that, along with Leonardo, he will be involved with the senior team, with the youth teams and with coach Gennaro Gattuso, adding:

The return of Maldini and Leonardo looks like an expression of the new management mantra at Milan – Rationalisation (reduction) of costs; a team built largely around younger players; no extravagant transfer activity because UEFA’s Financial Fair Play excludes that; club executives with an established European pedigree; and finally, the return of Golden Oldies like Leonardo and, above all, Maldini, to provide not just their massive footballing expertise but also to generate interest and enthusiasm amongst both fans and sponsors.

It remains to be seen just how all of this will come together, on and off the field. Starting with a home game against Genoa on the first Serie A weekend of the new season in ten days time, we may get a better idea. What is certainly good news is that Maldini is back in top level football.   Remember, Maldini was a truly wonderful player, a figure from a different time who spent all of his professional career at AC Milan, having joined the club as a nine year old and playing 902 games for them until he retired at the end of the 2009 season at the age of 41. If you wanted to name a player to whom the terms “charismatic” and “standard bearer” truly apply, then Maldini is your man.

It is intriguing, too, to note that a Hedge Fund firm like Elliot appear to be currently evaluating the investment possibilities of Italian football. Football industry analysts are not surprised, pointing out that among the major European leagues, Serie A is the one with most ground to make up which clearly could mean room for profit. Luca Petrone, a partner in Deloitte Italia, told Rome daily, La Repubblica recently:

“…there is plenty of room to increase earnings, especially in those areas where at the moment we are weak. For example, look at match day takings, an area where we are weak because of the lack of club-owned grounds. For example, Premier League clubs earn double per spectator as compared to Serie A…

“Not just that, but we’re also behind English and Spanish football when it comes to selling TV rights on the international market… Yet, given that brand names like Juventus, Milan and Inter are still very attractive internationally, then investment funds and financial companies are likely to become interested in investing in credible projects…”

For the time being, you could argue that, despite their recent relegation from the top table of world football, AC Milan might be just that – a credible project. We will see.