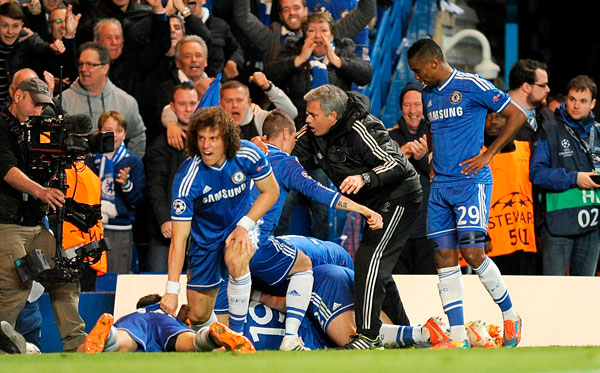 2) The knee slide. This one was to celebrate Real Madrid’s last minute winner against Manchester City in 2012.

3) The original touchline sprint. The match that made Mourinho’s name. Porto score late on to knock Manchester United out of the 2004 Champions League.

4) One of the boys. Mourinho jumps into the crowd to celebrate Fernando Torres’ late winner against Manchester City

5) Rubbing your opponents’ noses in it. Mourinho endured some humiliating defeats at the hands of arch rivals Barcelona, so who could begrudge him his moment of revenge? Victor Valdes, of course.

6 The original knee slide. Again, Barcelona are the opponents, but this time it is Chelsea and Didier Drogba doing the damage.