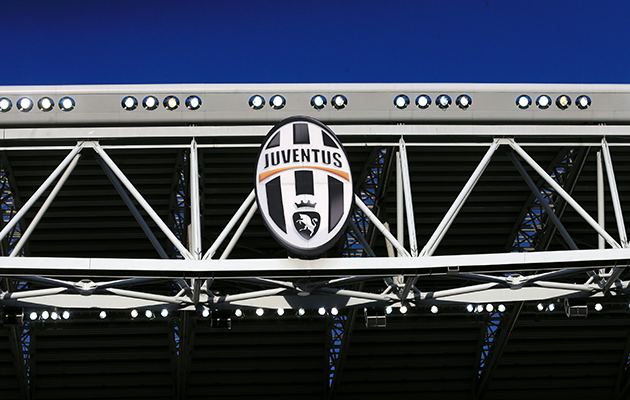 Not for the first time, Italian champions Juventus are this week officially right in the eye of a judicial storm, one that involves the Turin Public Prosecutor’s office, football’s Federal Court, and the Italian parliament’s anti-mafia commission.

After months of media speculation and stadium gossip, the Juventus involvement in a state judicial investigation into mafia infiltration in North-Western Italy burst onto the footballing scene at a dramatic club press conference last Saturday, on the eve of yesterday’s 1-0 win against Sampdoria (7th minute goal from Juan Cuadrado).

With Juventus still eight points clear of second placed Roma, with the club heading for a mouthwatering Champions League quarter-final tie with Barcelona, not to mention an Italian Cup semi-final return leg tie with Napoli (3-1 in front from the first leg), all would seem to be well in the house of the Old Lady. Yet, at the very moment we head into the most delicate part of the season, Juventus find themselves facing an unexpected problem.

Last Saturday, details of an ongoing Football Federation enquiry into ticket sales for matches at the Juventus Stadium were made public with a three page, “deferimento” or referral by the Federation’s investigative office. In essence the football investigators have accused club President Andrea Agnelli and three club officials of having met with representatives of organised crime in relation to match ticket sales:

“With the declared intent of maintaining public order in those sections of the Stadium occupied by the ‘ultra’ fans…(Agnelli) failed to stop club officials, club directors and club employees maintaing constant and lasting relations with ultrà groups through the intermediary and active contribution of organised crime exponents…(Agnelli) on occasions personally participated at meetings with organised crime figures”, states the referral.

Needless to say, Andrea Agnelli lost no time in replying to what he considers to be totally “unacceptable” accusations. Speaking at the club’s Vinovo training centre last Saturday, a clearly annoyed Agnelli said:

“This club, its employees and I myself have nothing to hide. In recent months, Juventus employees have collaborated with the Public Prosecutor’s office in the role of witness in an investigation concerning certain personalities linked to the world of organised crime…That has not changed, they are still witnesses in that investigation..

“Today, however, the Federation Prosecutor, rather than limiting himself to contesting possibly irregular ticket sales, has issued a referral in which I and other Juventus figures would appear to play the role of collaborators with organised crime. This is unacceptable, based on a partial and prejudiced analysis that does not correspond to the logic of justice…”

Andrea Agnelli and Juventus also point out that, in the wake of the state judicial investigation, not a single Juventus official has been charged with any crime.

This most recent “incident” in the life and times of Juventus started four years ago when the Public Prosecutor’s Office in Turin opened an investigation into the infiltration of the n’Drangheta (Calabrian mafia) into North Western Italy. In the course of their enquiry, investigators discovered, by chance, that the Old Lady herself may well have been infiltrated by what is now modern Italy’s most powerful and aggressive organised crime unit.

As is often the way in Italy, the findings of the state judicial investigation were passed on to football’s Federal Court, in the shape of a 5,000 page dossier. Thus, we now have two enquiries into these allegations both based on the same premise.

Namely that mafiosi elements were able to establish contact with hardline, Juventus ultras in order to buy season and match tickets, which were then subsequently sold on the ticket-tout market in a business worth maybe an annual €1 million. Magistrates believe that this transaction was based on an unwritten “pact” – namely, tickets in return for peace and quiet (hence no UEFA bans) at the stadium.

The Turin judicial investigation, known as “Alto Piemonte”, comes to court in a preliminary hearing in Turin this week where 23 people have been charged with mafia-crime related offences, nearly all of which are not related to football. Inevitably, however, the section of the investigation related to Juventus and its ticket sales will receive most media attention.

As if all that were not enough, Juventus have also featured in hearings currently being held by the parliamentary Anti-Mafia Commission which has been looking into mafia infiltration nationwide into football. This week, Juventus lawyer Luigi Chiappero is due to testify for the second consecutive week in a “behind closed doors” hearing.

The anti-mafia commission has also heard from the Turin investigating magistrates. When their findings become public, it will be interesting to see if the magistrates can shed any light on the suicide last July of Juventus ultra leader, Raffaello Bucci, who killed himself by jumping off an autostrada viaduct. The day prior to his death, Bucci had testified to the Turin magistrates within the ambit of their n’Drangheta investigation.

The football enquiry will basically concentrate itself on Juve’s handling of ticket sales. Did they follow Federation guidelines, such as that which prohibits the sale of more than four tickets to one subject? Or were match and season tickets sold in “packages” large enough to make them an appetising business for organised crime?

Some commentators argue that organised crime has had its eyes on the hugely successful, state of the art Juventus Stadium ever since, if not before, it opened in 2011. In the meantime, however, the good news is that Juventus keep on winning.