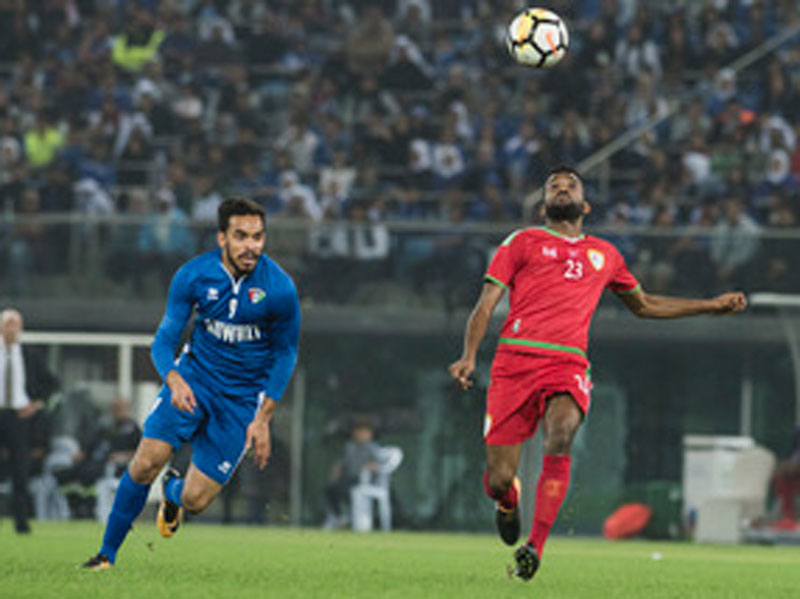 After more than two years in the wilderness, football in Kuwait is returning to normal but there is work to be done.

In October 2015, Kuwait were suspended by FIFA for the third time in just eight years for government interference.

The ban hit the game hard. No national teams could play in FIFA, Asian or Olympic matches and Kuwait were the only Gulf team not at the 2019 Asian Cup in the United Arab Emirates.

National team coach Romeo Jozak will have been in charge for over a year by the time that Kuwait begin their 2022 World Cup qualifiers in September.

“The gap will take some time [to get over],” admits 46-year-old Jozak. “It will have more influence over the Olympic team as they are younger. At U17, U19 and the Olympic team, not to play at that age is tough.”

Kuwait has qualified for the finals of three Olympic football tournaments, but the last appearance was in 2000 and the team sat out the last qualifiers due to their exile.

Jozak says: “There are two talents in the Olympic team that I want to push to Europe, but it’s tough because its cold and the environment is so different. The jobs here are also so well paid that it will be tough for them to leave their job.”

Those two players are Abdelaziz Alenezi, aged 20, and 19-year-old Eid Alrashidi. Both are midfielders from Qadsia, which is one of three dominant sides, in the Kuwait Premier League along with Al-Arabi and reigning champions Kuwait Sporting Club.

The ban meant that Kuwaiti clubs were excluded from AFC competition and was still in place by the deadline for entries for 2018.

Only in February 2019 will clubs return when Kuwait SC, which won the AFC Cup winners in 2009, 2012 and 2013, play Jordanian champions Al-Wehdat in an AFC Champions League preliminary round qualifier.

Although there are overseas players from Africa and Brazil in the local league, most domestic players are part-time. As part of his plans to try and catch up with other Asian countries, Jozak is lobbying for change.

“Out of 20 players on the roster, most of the guys are working in the morning. If you don’t fall asleep with football on your mind it’s tough,” says Jozak, who worked predominantly in his native Croatia before a brief spell in Poland with Legia Warsaw ended last April.

“They asked me what the biggest step we need to take is and I said that the Kuwaiti league has to be full time.

“They are ambitious. Money is not a problem and they are willing to invest. We are am aiming for summer 2020 and they are putting a programme forward to the parliament.”

The Croatian signed a two-year deal but knows that recovering from exile will take longer.

World Cup qualifiers in 1982, Kuwait were second in their 2018 qualifying group when the ban was imposed. The three remaining games – home to Laos and away to Myanmar and South Korea – were awarded to the opposition as 3-0 walkovers.

The only competitive matches between the imposition of the ban and the next World Cup qualifiers came when Kuwait hosted the Gulf Cup in December 2017.

After international pressure, the government introduced a new sports law and Kuwait was readmitted to FIFA on December 6 2017. A day later, Kuwait was awarded the rights to host the Gulf Cup.

The move came because Bahrain, Saudi Arabia and the UAE have imposed an economic blockade on original hosts Qatar and refused to send teams.

Before the suspension, Tunisian Nabil Maâloul had managed Kuwait. For the Gulf Cup Al-Jahra’s Serbian manager Boris Bunjak was roped in but Kuwait finished bottom of their group with one point and scored a single goal from Abdullah Al Buraiki.

Since arriving, Jozak has sought out a programme of friendlies but says that the results do not reflect Kuwait’s real standing.

“They belong to the middle tier in Asia. It will take some time but they are not bad,” says the Croatian.

“They are talented as a football nation. They are agile and aggressive and the touch is good but sometimes they don’t know when to take their foot off the gas.

“We are missing a lot. I don’t think to lose 4-0 to Australia is a realistic result. I’m optimistic to make something happen but it will take a solid couple of years. In the future, I think that we can compete with the big nations.”

How long that will be is hard to tell.