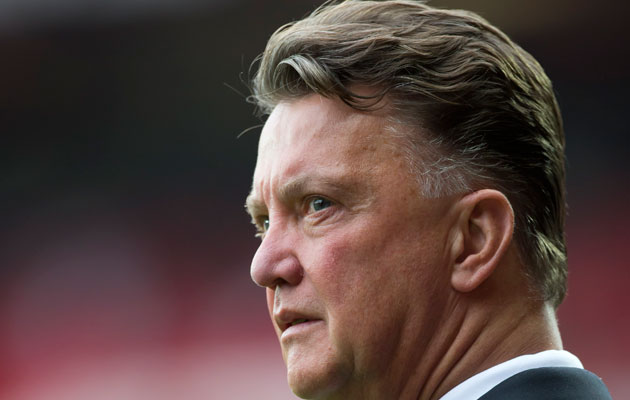 “Fantastic,” Louis Van Gaal beamed. “And then you can finish it – unbelievable! With that amount of passes you control the game. I always say to the players that the gaps in the defensive organisation shall exist when you play a kind of positional game. I was very pleased: it is confirmation of our philosophy.”

He was talking about Manchester United’s third goal in their recent 3-2 victory at Southampton, a remarkable strike that featured 44 passes before Bastian Schweinsteiger laid the ball through to Memphis Depay, who turned past Jose Fonte and pinged a shot off the post, the rebound falling for Juan Mata to knock it into an empty net. For the majority of those 44 passes, there had been no obvious threat; only when Schweinsteiger finally played the pass did the vaguest possibility that a goal might lie at the end of the move become apparent.

That pass, in fact, was only the second one in the whole move that had gone forward more than five yards at an angle of more than 45 degrees. The move had begun with Chris Smalling laying the ball left to Marcos Rojo and had then crossed the full width of the pitch four times before arriving with Schweinsteiger. United had worn Southampton down, their passes exerting an attritional effect, giving Van Gaal a sense of control.

That mode of play, that focus on ball retention and circulation, has come to feel slightly old-fashioned now. Pep Guardiola in recent years has tried to distance himself from “tiki taka” as he insists his teams have always passed with a purpose, have always been focused on creating chances. Others have drawn the contrast between his Barca and the Spain national side at its 2010 peak: the one possessing in Lionel Messi a player who could open defences up with individual skill, the other simply passing teams into submission.

The success of Jurgen Klopp at Borussia Dortmund and the rise of “gegenpressing”, first in Germany and then beyond, has re-emphasised the importance of transitions in football, making the sport at the highest levels essentially one of counter-attack.

Van Gaal had dabbled with counter-attacking, first at AZ and then, more radically, with Holland at the 2014 World Cup, and has now reverted to that same philosophy, demanding a proactive defensiveness through possession. Repeatedly this season he has paused in a press conference, smiled like a kindly uncle delivering words of infinite wisdom to an impressionable nephew, and said something along the lines of, “If we have the ball, they can’t score”.

The problem with that approach, though, is twofold. Firstly, that it is not necessarily the most exciting football to watch. Much has been made of United’s attacking traditions and how fans at Old Trafford expect entertainment, but it’s not just at Old Trafford that the occasional staidness of his sides have provoked comment. Even as Van Gaal led Ajax to the Champions League in 1995, he faced criticism from those who remembered – or had played in – the Ajax side of the early 1970s. The winger Sjaak Swart was appalled by the way his 1990s counterparts, Finidi George and Marc Overmars, would always check back if faced with two defenders.

“I never gave the ball back to my defence, never!” he told David Winner in the book Brilliant Orange. “It’s unbelievable! But that was the system with Van Gaal. Many games you are sleeping! On television, they say: ‘Ajax 70 per cent ball possession.’ So what? It’s not football. The creativity is gone.”

It was a similar story at Bayern as Van Gaal took them to the Champions League Final in 2010.

“We swapped Bayern’s traditional style for this high-possession game but there was still no flexibility in terms of players’ positions and everyone had to stick rigidly to his own area,” Paul Breitner moaned. “In some matches, we ended up with 80 per cent possession but there was no real rhythm or pace.

“After half an hour, everyone in the Allianz Arena would be yawning at this display of constant passing. Our game was well executed but very, very predictable…the basic idea was sound. What we lacked was speed and regular changes of rhythm.”

But such objections, perhaps, are for purists, and so long as games are being won they can be dismissed by fans and by Van Gaal as nothing more than the grumbling of old men insistent things were better in their day. The more pragmatic issue is whether that focus on ball retention becomes inhibitive.

Van Gaal talks often and at length about his “process”, the protocols players have to absorb to understand their positioning and their responsibilities, and acknowledges that it takes time before the principles are assimilated so players reacted instinctively within the parameters he has laid out. There are moments when something suddenly clicks and a Van Gaal team hits a spell of golden form – as happened, for instance, at Bayern when, after a scratchy start, his side hammered Juventus 4-1 away in early December 2009.

It looked as though it might have happened last season at United with the 3-0 win over Tottenham in March that was followed by victories over Liverpool, Aston Villa and Manchester City before an injury to Michael Carrick derailed them. But until that moment of revelation, perhaps even after, players can seem to be playing in straightjackets, overthinking everything.

United enjoyed an upturn in form after the September internationals, but is it sustainable? Is this the moment at which everything clicked or an isolated blip?
And, perhaps more intriguingly, if it is that moment of assimilation, can Van Gaal’s possession-based game still prosper in the modern world of transitions?