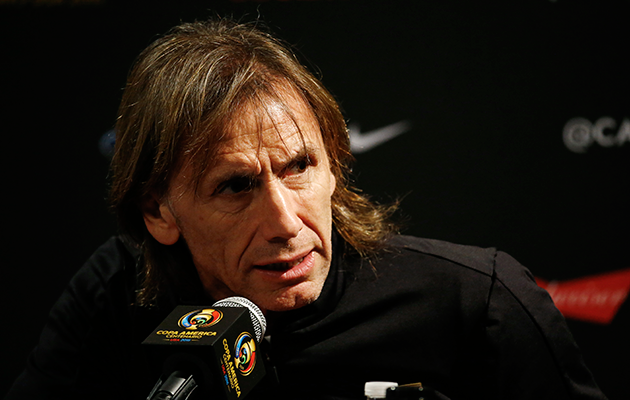 South America’s World Cup qualification campaign reaches the half way stage on Thursday night – with nothing yet defined and everything still to play for.

Uruguay top the table with 16 points, one clear of Brazil and Argentina, who are two clear of Colombia and Ecuador.  A point behind them are Paraguay, with reigning continental champions Chile a further point back.

The top four go through to Russia automatically, with the next best team facing opponents from Oceania in a play off.  The battle for these five places, then, would seem to be restricted to seven teams – though Bolivia and Peru are hoping that this is still a nine horse race.

After getting off to bad starts, the pair trust that they have now turned the corner.  Under new coach Angel Guillermo Hoyos, Bolivia did well in last month’s two rounds – only Brazil managed more than Bolivia’s four points.  And Peru’s last outing was a morale boosting win over Ecuador, leaving them level with Bolivia on 7 points.  A win on Thursday, then, would leave them just a point behind Chile – and with the Chileans facing Ecuador and Paraguay up against Colombia, they would be in touching distance of the pack.

But the problem facing both Peru and Bolivia this Thursday is the quality of their opposition.  They take on the traditional big two.

At least Peru can go into their game with a certain spring in their stride.  Traditionally strong in Lima, they have the undoubted benefit of facing an Argentina without Lionel Messi.  The Argentines have won all three of the matches Messi has played in this campaign, but have managed just one victory from the five games he has missed.  Last time out, away to Venezuela, Argentina’s defensive unit was creaking all over the place against the physical challenge of Salomon Rondon and the pace of Josef Martinez.  Peru can recreate this with the likes of Raul Ruidiaz and Cristian Cueva buzzing around centre forward Paolo Guerrero.  Peru’s coach Ricardo Gareca is an Argentine – who, 31 years ago was a centre forward representing the land of his birth who scored a vital World Cup qualifying goal against Peru.  Now, finally meeting Argentina in the ninth round of the campaign, he can kick-start Peru’s campaign if he can get his men to take advantage of the absence of Messi.

Bolivia’s new coach Hoyos is also an Argentine – and one with a Messi connection.  He helped groom the little genius over a decade ago when he was in charge of Barcelona’s B side.  But it is Messi’s current day club-mate who is most concerning Hoyos as he plans for Thursday’s match away to Brazil, spearheaded, of course, by Neymar.

“Personally I’m thinking of going there to win,” said Hoyos over the weekend.  “I don’t want to be robbed of this dream and this thought.”

In 2012, when he was in charge of the Bolivar club, his ambitions were backed up by actions.  His team reached the second round of the Copa Libertadores – the first time a club from Bolivia had made it out of the group phase since 2000.  And his team did not just rely on the altitude of La Paz.

They were bold and confident away from home as well – until they came up against the Santos of Neymar.  Bolivar won the first leg 2-1 at home – but were blown away 8-0 in the return game.

It is no surprise, then, that Hoyos was full of praise for the attacking improvisation of Neymar.  How can his team cope?  “The work will consist,” he said, “of putting pressure on them with our marking, of making sure we don’t lose the ball and in playing well.”  Bolivia have not won a World Cup qualifier away from home since 1993.  Brazil have never lost a World Cup qualifier at home.  So there is plenty of Angel Guillermo Hoyos to dream about.  But if his dreams come true, his team will have produced one of the biggest shocks in the history of South American football.