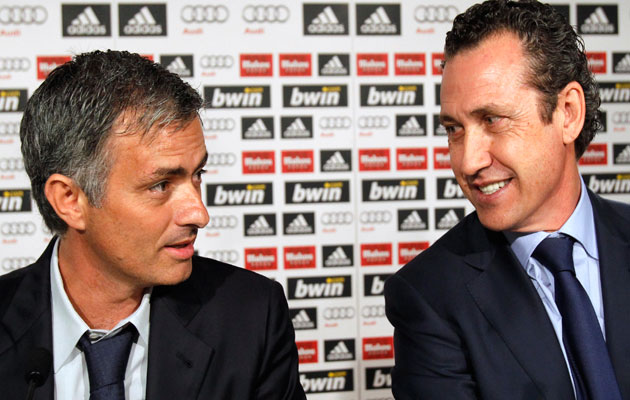 “If Guardiola is Mozart, then Mourinho is Salieri. He would be a great musician if Mozart did not exist.

“Mourinho is a personality made for these noisy and empty times. I never heard him say something about football, in public or in private, that was worth remembering.

“I could never understand him as we were coming from opposite poles. Intelligence and egos are enemies – when they clash, the ego wins.”

Valdano, has sometimes been called the Philosopher of Footballer, and he takes his role as one of the game’s thinkers quite seriously. Outspoken, opinionated and unconcerned by reputation, his most famous mot juste came in 2005 when, after watching Mourinho’s Chelsea face Rafa Benitez’s Liverpool in the Champions League semi-final, he famously described the encounter as ‘shit on a stick’.

So, Valdano and Mourinho have plenty of history, and during an interview discussing his new book, Valdano was quick to highlight the one blot on his firmer colleague’s Real Madrid’s cv.

He said: “Mourinho is a professional, passionate and winning coach but his thinking on the game is very different than mine. He is much more interested in results and he often gets them.

“But he had one of the best squads in the history of Real Madrid and always remained just outside the door of the Champions League. That was the big challenge which he did not manage to succeed at.”