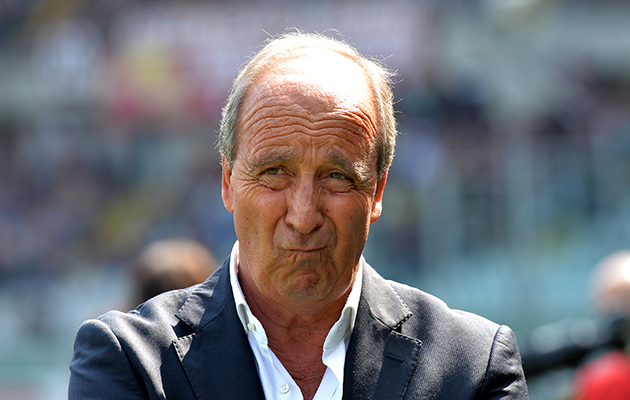 The Giampiero Ventura era at the helm of the Italian national team begins in Bari tonight where the Azzurri play host to Didier Deschamps’ France in a prestige friendly. 68-year-old Ventura could hardly pick up the reins of the national team at a better moment, in the wake of a Euro 2016 campaign in which Italy were just a penalty kick (or two) away from a place in the semi-finals.

Sensible football man that he is, Ventura has made no secret of his intention to take over where his predecessor, current Chelsea coach Antonio Conte, left off. In other words, he will start tonight with a side that might have been picked by Conte. Buffon in goal, Chiellini and Barzagli in defence, Candreva, Parolo, De Rossi and De Sciglio in midfield and Eder and Pellé in attack. All of the above named were key figures in the side that did so well in France this summer.

Further down the road, Ventura may put his own imprint on the team, turning to players such as Andrea Belotti, Ciro Immobile and even the currently injured Alessio Cerci, all three players who did exceptionally well for him in recent seasons at Torino With a difficult World Cup qualifying group in front of him (Spain, Albania, Israel and Macedonia), “grandfather” Ventura is not the sort of coach to opt for experiments with untried players.

That World Cup campaign, incidentally, kicks off next Monday away to Israel in Haifa. As is the way with modern football, Ventura’s opening game takes place against the background of stringent security arrangements given that, in the wake of this summer’s Nice attacks, France and the French team continue to be seen as a potential target for Islamic fundamentalist violence. More than 250 police will be positioned, some in plain clothes, outside Bari’s San Nicola stadium and around the cituy whilst snipers have been in position around both team hotels this week.

For this classic “work-your-way-up-from-the-bottom” guy, the Italy job represents a career highlight because, unlike recent predecessors such as Arrigo Sacchi, Giovanni Trapattoni, Marcello Lippi, Cesare Prandelli and Conte, Ventura has never coached a truly top level team in all his long career. He started off with semi-professional unit, Albenga, back in 1980 whilst later, as coach to amateur side Pistoiese, he would round off his salary by working as a PE teacher at a school in Pistoia.

Since then, even if has coached Serie A sides Cagliari, Udinese, Sampdoria, Messina and Bari with mixed success, his best moments have arguably come in the last five seasons with Torino. In his first season in 2011-2012, he won promotion to Serie A and since then, under his astute coaching, Torino have stayed up, finishing as high as 7th in the 2013-2014 season. Making the most of limited resources, he has had a major role in the emergence of players such as Cerci (Atletico Madrid), Immobile (Lazio) and Belotti (Torino).

Crucially, Ventura takes over the job with the blessing of Italian captian and icon, goalkeeper Gigi Buffon. Due to win his 162nd cap against France tonight, Buffon told Gazzetta Dello Sport today: “Ventura taking over means that we can take up where we left off with Conte, without an interruption. In the squad, we are all more than willing to play for him and everybody wants to live again the sort of emotions we experienced at Euro 2016…”

“I cannot remember us having a more difficult World Cup qualifying group, at least not on paper anyway. Mind you when you have an opponent like Spain in your group, you know only too well that you have your work cut out…”

Unlike the qualifiers for Euro 2016, which guaranteed that not only second placed but also some third placed teams got through, the FIFA World Cup qualifiers guarantee only the group winners and four runners-up a place in the finals in Russia. For that reason, a good start against Israel is important and that in turn means that a good showing against France tonight is essential.

For his part, Deschamps will probably start off tonight with a side which contains many of those players – Griezman, Giroud, Pogba, Matuidi, Kante etc – who played their way through to that Euro 2016 final in Paris, lost 1-0 to Portugal. Deschamps has warned, however, that he will try to give as many as possible of his squad a run-out. Like Italy, France too have an important qualifier next week, away to Bielarus. For the European nations, the World Cup stalls are about to open and they will soon be off on the rocky road to Moscow.