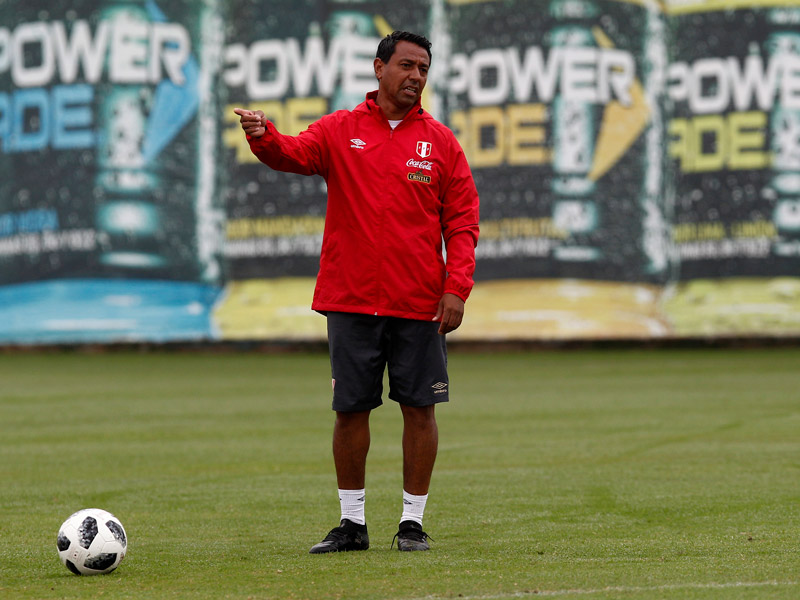 Nolberto Solano could soon be out of a job. The former Premier League star is on the coaching staff of the Peru national team, were he assists the Argentine Ricardo Gareca. He was recently in sole charge of the team in last year’s Pan-American Games, and at the start of this year in the South American Under-23 Championships. Neither competition went well for Peru. But it is events off the field that are jeopardizing his employment.

A few days ago Solano was briefly arrested after failing to follow Lima’s corona virus lockdown guidelines. He accepts that he was in the wrong, and being sacked would seem somewhat harsh. Sections of the local media, though, are adamant that the axe is about to fall.

There is speculation that his position might be offered to former team-mate of Solano, ex national team captain and centre back Juan Reynoso.

‘Big Head’ (as he is known) Reynoso was a teenage defender with Alianza Lima who picked up an injury and did not travel to the game away to Deportivo Pucallpa in December 1987. That muscular problem saved his life. The team suffered an air disaster, with the loss of all of the players and the entire coaching staff, including former national team boss Marcos Calderon.

The practical consequence was that Reynoso was forced to grow up quickly. He had already been identified as a huge hope for the future – earlier that year, at the age of 17, he had already played for Peru in the Copa America. So now he instantly became one of the senior pros. He grew into a fine centre back and a powerful leader, who won 84 caps until his international career was prematurely cut short at the start of 2000.

Reynoso captained the side – with Solano as a key member – who only failed to reach France 98 on goal difference. But for the next qualification campaign in came Colombian coach Francisco Maturana, who decided to drop him – a move he later realized was a mistake. Not only was he depriving the team of its best defender. He was also throwing away the leader. It showed in the results.  Away from home, especially, Peru became a soft touch.

After spending much of his career in Mexico, Reynoso retired in 2004 – and embarked on a coaching career which has also had its highpoints. Reynoso took Universitario to the Peruvian title in 2009, and six years later he did it again with Melgar of Arequipa, only the second time they were national champions.

Reynoso, then, has all the qualifications needed to be very useful to the Peruvian national team – especially as Gareca acknowledges the importance of having a high profile local figure on his staff.

But there are two problems.

Firstly, Reynoso has a job. He is coaching Puebla in Mexico.

Secondly, he is not a natural second fiddle. At the age of 50, with his track record and his imposing personality, Reynoso would seem to fit the bill as a future coach of Peru, rather than an assistant to someone else.

There is still a chance, then, that Nolberto Solano might win a reprieve.