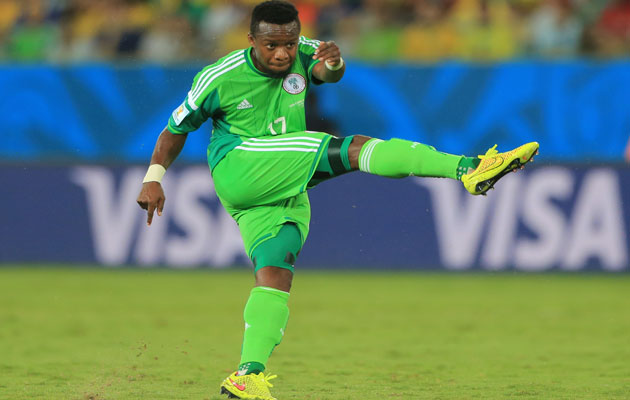 Shortly after the bombings in Jos, you said that the incident had left a terrible blemish and a deep scar. Has the memory faded?
The memory can never disappear. I recall vividly the chill when I saw the number of casualties. I only thank God for my life; grateful for the 20 minute grace God gave me that day. There is no moment when I hear about any bombings that this particular one doesn’t come back to me. I doubt it will ever fade.

Days later, three people died in another explosion that targeted fans watching the UEFA Champions League Final…
With more than 250 ethnic groups, football brings the people together. People who don’t speak the same language celebrate together when there is a goal. Innocent people are no more because of football. The government seriously need to step up security across the country. I’m not here to judge the government, but I feel uncomfortable that the population suffered a lot. Football can unify but bombs tear my people apart.

The terror group involved, Boko Haram, has fought a five-year insurgency against Nigeria’s government, leaving 10,000 people dead last year alone. What do you think is the answer?
I just want to appeal to the government that this is a very important issue and they need to find an everlasting solution. The death toll from suicide bombings– it’s human lives we are talking about here. There is no value for human life, it’s depressing. We are living a life that we are not sure of tomorrow. It’s not even a natural disaster but a man-made disaster. Humans killing humans makes it more sickening.

Why do you think so many footballers and other celebrities are reluctant to use their influence and speak up and demand an end to this?
I cannot speak for others, but it’s necessary for us to speak up. It’s easy for me to come out and say “I was lucky to escape” or “please protect Jos”. What about those in northern states like Yobe, Borno or Maiduguri? The other people who cannot talk? They all suffer. Some people feel safe in their “comfort zones” because the bomb does not affect them directly, but the death of a fellow citizen is unfortunately the sad end of one of us. I may live far away in Europe but above all I am one of them. I am not detached from the world around me or the reality of the damage going on a daily basis. Home is where the heart is because I still have my parents, my childhood friends and compatriots who eat and love football at home.

Attention has shifted towards general elections in Nigeria. Are you optimistic that the incumbent or incoming president may finally bring an end to the insecurity?
I hope so. But no one should play politics with the problem of insecurity. I want to play in front of a safe, happy and united country when I get the chance to represent my country. We all speak of growing old, to see our grandchildren, not our lives being cut short by cruel people. We need to act to save our country. I wish there is a button I can just press that will put an end to it. I put myself in the shoes of those victims. Nigeria is my country and I cannot wish death on anyone. It’s a collective effort. The president cannot do it alone. There is a need for a holistic approach to solving this problem.

Football in Nigeria is blighted by problems on and off the pitch. There is a lot of soul-searching going after the team’s failure to qualify for the African Nations Cup. Where did it all go wrong?
We can’t point fingers, we failed collectively. The disappointment was obvious during the tournament. I did not watch it, that’s how low I felt because we should be playing in it.

National coach Stephen Keshi’s position is yet to be decided. Does this situation affect the players?
It does because one minute you have a coach, the next you hear something else. We should have consolidated on our Nations Cup success and the World Cup run, but we failed to capitalise on the positives. If things are stable on and off the pitch, we can fly high. If we play every game with zeal, collective dedication and team work I am sure we will return to the summit of African football. It is easy to talk, but first we must put our house in order and perform on the pitch.

You’ve been linked with a move to England this summer. How do you feel about that?
I have been linked with more than 10 clubs but I belong to Lazio. As a young footballer, I want to grow and play in European competitions. In life it has to be one step at a time. It could be with Lazio, but I believe God has a bigger plan for me, beyond the understanding of any man.