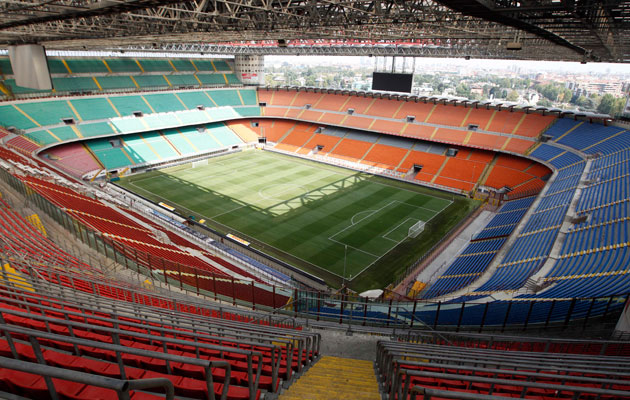 These days, the presentation of plans for a new football stadium in Italy is hardly a novelty.  The successful example of the Juventus Stadium was always going to have a knock-on effect and thus it came as no surprise last week to see AC Milan get in on the act with the launch of plans for a new stadium in the inner city Portello area, home to the city’s trade fair.

The Milan project, which envisages an ecologically-friendly stadium complex complete with shops, restaurants and a club museum, last week got over its first hurdle.  That came when the Fondazione Fiera Milano announced that the AC Milan-Arup Italian consortium, WE ARE AC MILAN, had won the tender to build the new complex on the sites of pavilions one and two.

Scheduled to cost €320 million for the construction, plus another €200 million for a 50 year lease of the site, the 48,000 seater new stadium is expected to be funded by multi-national sponsors and private investors.   Whilst Milan director, 30-year-old Barbara Berlusconi (daughter of media tycoon club owner, Silvio)  was obviously delighted with the Fondazione’s decision, this is clearly just the beginning.

Before the project can go any further, it must gain the approval of both the region of Lombardy and Milan City Council.  Given the active nature of the inner city environmentalist lobby, that could prove difficult.   At best, the new stadium might be ready for use in 2019 or 2020.

The Portello project is, incidentally, just one half of a Milan city, footballing renaissance given that traditional city rivals Inter, too, intend to create their own stadium by remodelling the mythical San Siro.   The old ground’s capacity would be reduced from 75,000 to 60,000, with the removal of the third level and the building of a futuristic roof (also a feature of the AC Milan stadium at Portello).

The point about these two projects is that, to a certain extent, they need to move ahead simultaneously given that for the last 15 years, the two clubs have jointly administered the San Siro (where they both play their home games) thanks to an agreement with the City Council, the stadium owners.   Do not be surprised if both projects meet delays along the way, given that both are essentially inner city developments.