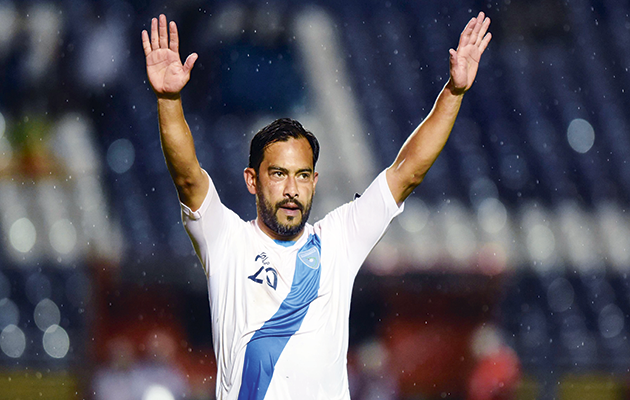 When Carlos Ruiz, the 37-year-old striker made his farewell appearance for Guatemala, against Saint Vincent & the Grenadines in September, he signed off with five goals in a 9-3 victory to become the all-time leading scorer in World Cup qualification with a total haul of 39.

Now the veteran has his sights on running for the presidency of the troubled National Football Federation of Guatemala.
For months, the federation has been an organization in crisis – a drama that began unraveling after former president Brayan Jimenez was arrested as part of the US corruption investigation into football’s world governing body FIFA.

With $1million reported to have gone missing from the federation coffers in 2015, and after a Guatemalan sports confederation tried to block a FIFA-appointed oversight committee from taking charge, there are fears that the future participation of the national team and the country’s clubs in international competition is in jeopardy.

Ruiz plans to run in elections for the presidency when they take place late next year on a pledge to tackle the many problems afflicting the governance of football in his homeland. 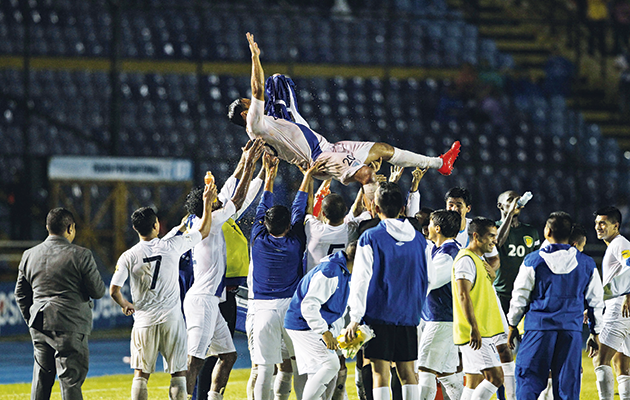 Some of the issues he aims to tackle are more rudimentary. He laments a poor security situation around games, claiming people stay away from matches as a result. He wants to create an atmosphere that will bring the fans back. He also wants to professionalise the domestic game, tackle a situation that sees little money from TV broadcasters go into the domestic game and address match-fixing issues.

“I think it’s not just in Guatemala,” says Ruiz, who was a Guatemalan players union representative for four years. “I know as a Guatemalan the reality of my country. Half those problems where the teams don’t pay on time to the players create a gap where people who bet on games can go to the teams and offer them money to fix a game. “We say, ‘That’s not good from the player.’ He’s going to be suspended for the rest of his life. But we do not have those punishments for the clubs. And I think the problem starts from there.

“[The players] might not make any money for five or six months and maybe somebody comes and says, ‘Take $20,000 and let’s fix this game, you have to lose by four goals’.”

Ruiz has recruited former Guatemalan players Gonzalo Romero, who works in the sports ministry, and Luis Swisher, a US
academy coach, to back up his candidacy.

Elections for the presidency are expected next summer, says Ruiz, who finished 2016 playing for Dallas in MLS, and must now wade through a potentially difficult voting process. He has some reservations over the possibility that the election could be tainted by vote-buying, but senses there might be some reform that might aid his bid.

“So it’s many things we have to fix,” says Ruiz. “But I think the point is to try to make Guatemalan soccer professional.”