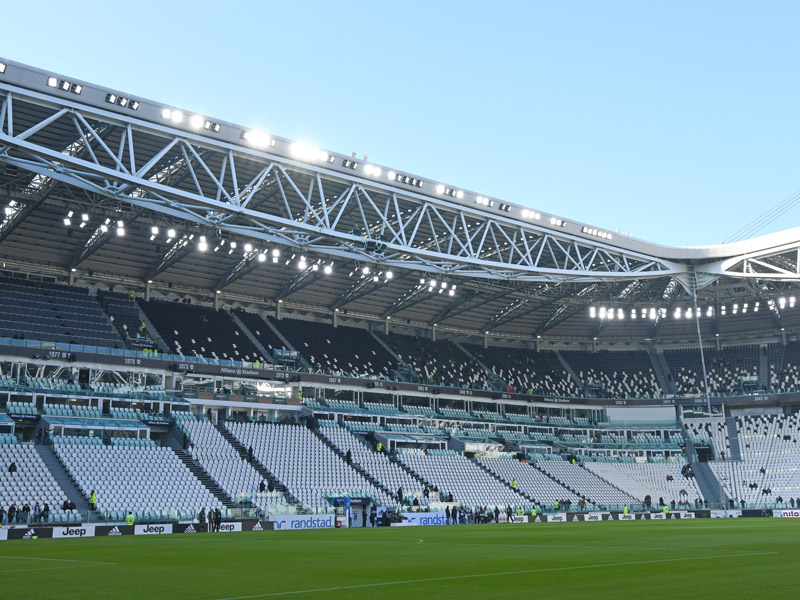 It’s on, it’s off, behind closed doors, with a full house next Monday night, perhaps next May, who knows? Thanks to the Coronavirus epidemic, the fate of one potential championship decider, Juventus v Inter, continues to hang in the balance

In just over a week, Italy has moved from being a country with no Coronavirus patients to one where, at the latest count, there are now 41 dead, with approx. 1800 people registered as having contracted the disease.

In the face of a potentially devastating health crisis like this, football obviously has to take a secondary place as health authorities call the shots re mass gatherings and the movement of fans. Compared to widespread deaths, a chaotic, rearranged football fixture list is clearly of only relative importance.

However, maybe even in the time of Coronavirus, the football show must go on, if only to preserve a sense of normality and continuity. The trouble is that the football world is having a deal of difficulty deciding exactly how it intends to go on.

Last week, in this column, we reported that the Big Match of this past weekend, Juve-Inter, would be played on Sunday night, behind closed doors. That decision was taken because Italian health authorities have banned “mass gathering” events in the infected northern regions (principally Lombardy, Piedmont, Emilia Romagna and Veneto) in the belief that such events will merely help to spread the virus infection.

However, during the course of a chaotic Saturday, the Football League changed its mind, deciding against the closed doors solution and postponing both Juve-Inter and five other “northern” games due to have been played last weekend. One of the reasons for this turnaround, made in a meeting involving, among others, the Football Federation, the Serie A League and the Sports Minister, Vincenzo Spadafora, focussed on the potential damage done to the image of Italian football if one of its biggest games, due to be televised worldwide, was played behind closed doors:

“The unanimous opinion of the football and sports executives was to opt for a postponement rather than play the games in empty stadia, bearing in mind the damage done to our country’s (football) image…”, commented Minister Spadafora.

Within 24 hours, however, that “unanimity” was shattered by a bitter row between Inter managing director, Beppe Moratta, and the Serie A League  President Paolo Dal Pino, with the latter accusing Inter of having refused to play the game on Monday night, March 2nd. This time, they hoped, it might have been possible to play the game in full stadium, given that tge government decree re mass gathering events technically expired on Monday night.

In all probability, the government would have blocked the fans anyway with another emergency government decree. That consideration did not stop Messers Moratta and Dal Pin getting very hot and bothered with each other, with the Inter executive arguing that the proposal was “provocative” and “not worthy of consideration”. Among other things, Marotta was worried by the possibility that the hastily re-arranged game would be attended only by Juventus fans.

Thus, Juventus v Inter has not yet been played. An emergency meeting of the Serie A League Council, due to be held in Rome on Wednesday, will try to shed some light on the matter. Could the postponed games, including Juve v Inter now be played next Monday, when the current government decree may not block the fans?

It that was the case, then next weekend’s 27th Day of Serie A would simply be leapfrogged to another date, perhaps in May. In the meantime, two Italian Cup semi-final return legs, Juventus v AC Milan and Napoli v Inter are due to be played midweek, respectively on Wednesday and Thursday night, with both due to be played behind closed doors.

Even without the fans, though, these could still be interesting games, with Napoli, in particular, looking to confirm their recent good form when they go into the return leg in Milan, with a 1-0 lead. Last week we highlighted Napoli’s resurgence under coach Gennaro Gattuso, with wins in recent weeks against Juventus (in Serie A), Lazio and Inter (in the Italian Cup).

Napoli continued on with that good form last week, drawing 1-1 with Barcelona in a Champions League tie before beating Torino 2-1 at home on Saturday to hoist themselves up to 6th position in Serie A.  It should be added that current Serie A table positions do not always mean everything since, currently, only five clubs have played all 26 scheduled games on the fixture list.   However, as for Napoli, further “Cup” surprises against both Barca and Inter cannot be ruled out.

As for the rest of the football that was played this weekend (just four games), suffice to say that the Lazio bandwagon keeps on rolling.   It took Lazio just 21 minutes to score two goals at the Olimpico on Saturday (in front of 40,000 fans) to wrap up their game against Bologna and  go top of the league  They are now two points clear of Juventus who, of course, have a game (Inter) in hand.   20 years after Swede Sven Goran Eriksson led Lazio to their last title win, one of his former players, striker Simone Inzaghi could yet emulate his mentor.

Elsewhere, spare a thought for Lecce.   Having gone 0-2 down in the opening 22 minutes at home to fourth placed Atalanta, they thought they had got themselves back into the game by equalising 2-2 just before half-time.   However, the current Atalanta, who recently beat Valencia 4-1 in a Champions League tie, changed gear to trounce a hapless Lecce 2-7 with five second half goals.

For that return Champions League tie,  Valencia have been warned –  that is, of course, if Corona Virus does not get in the way in the meantime.   You see, there has been rather a lot of it around Atalanta’s home town of Bergamo.