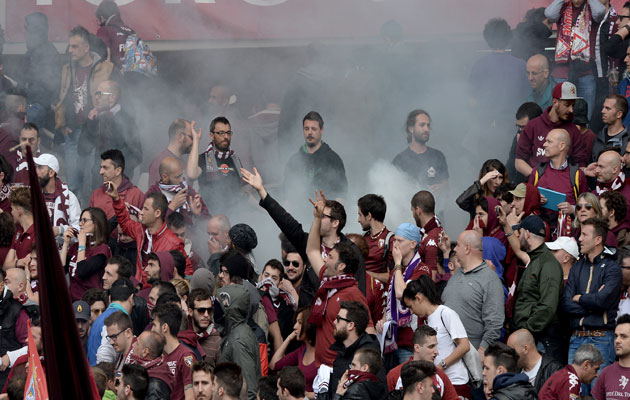 After their Serie a match against local rivals Torino was blighted by crowd trouble, Juventus coach Massimiliano Allegri, has claimed that ‘only a madman’ would take their kids to a football stadium in Italy.

“I’m sorry [about what happened]. On the pitch we had a match that was fair, manly and compelling,” said Allegri, after watching his side suffer a 2-1 defeat.

Sadly, events on the pitch were overshadowed by violent incidents off it.

Torino fans attacked the bus carrying Juve’s players as it approached the stadium, breaking a window. Juventus then threw a missile that injured at least 10 Torino fans. A second explosive thrown later on hurt another fan.

“This ought to be important to everyone involved in sports,” Allegri added. “Unfortunately in Italy we are still behind, and until the responsible parties start to take measures this is how it will be.

“That goes for football but also the country as a whole. We need to improve to bring people back to the stadium and kids first of all, given that only a madman would bring them along with everything that happens today.”

A club statement from Juventus read: “Juventus condemns all forms of violence whether it be coming from their fans or those opponents. The facts today require a deep reflection on the part of football.”