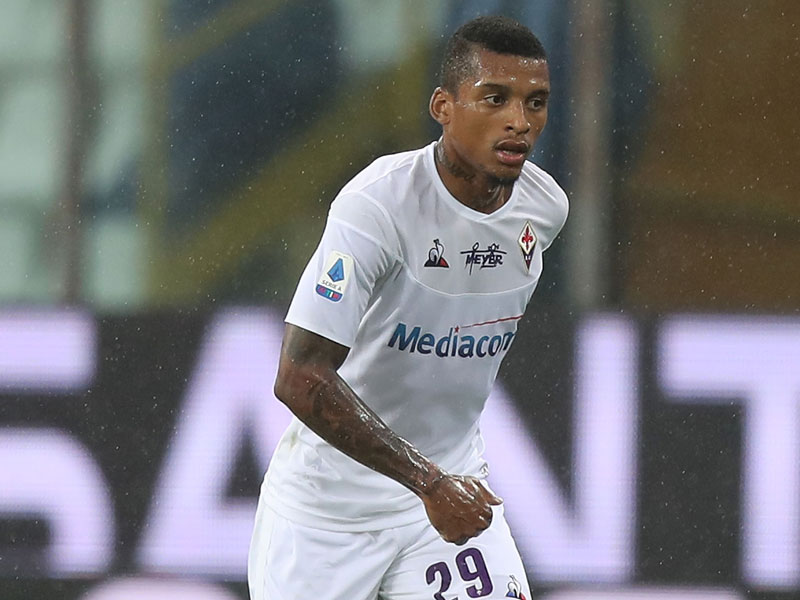 Paddy Agnew’s Notes From Italy: Racism Continues To Be A Problem In Serie A

Yet again, the Italian football weekend was marked by a serious racist incident in Serie A. Last week in this column, we reported how an experienced Italian TV pundit, Luciano Passirani, was summarily sacked on live TV, just hours after he had used the “banana” word in an offensive way in relation to Inter Milan’s black striker, Romelu Lukaku.

That incident was probably born more out of ignorance than of malice. The commentator in question quite clearly has a huge admiration for Lukaku, yet he still uttered an unforgivable racist comment when he suggested that Lukaku is so good that to stop him in full flight “you would have to have 10 bananas wrapped around your waist to give him to eat…”.

Regrettable though that incident was, it is perhaps less serious than what happened during Sunday’s Serie A tie, Atalanta v Fiorentina (played at the neutral venue of Parma because Atalanta are currently carrying out renovations to their home stadium in Bergamo). In the 29th minute of the game, Fiorentina’s Brazilian full back, Dalbert, complained to referee Daniele Orsato that he was the object of racist chants, monkey noises et al from some Atalanta fans.

It is believed that the chants came from a small number of people but, even if the majority of spectators at the Tardini stadium could not hear them, referee Orsato could. Accordingly, he stopped the game for three minutes, in the meantime asking for the public address system to read out a warning about racist chants, with the implied threat that if the chants continue, then he would abandon the game.

When the warning was read out, however, it was greeted with jeers and whistles by a majority of fans. In the end, Orsato resumed the game in the 32nd minute, experiencing no further racist problems from there to the end.

The incident may indeed have involved just a handful of spectators but the antagonistic reception provoked by the public announcement calls for pause for thought. Senior football writer Maurizio Crosetti of daily La Repubblica commented:

“There are not just four idiots but rather thousands of violent racists on too many terraces in Italy…when the public address system called on fans to stop their (racist) chants, practically the entire stadium responded by booing, and they were many and fearsome too…

“Rhetoric would have us believe that these people are marginal, that there are not many of them, just a few die-hard, almost romantic fans. Instead, you would have to conclude that the heart of the ‘ultra’ fan is increasingly being invaded by evil…”

Nor did FIFA’s Italo-Swiss President Gianni Infantino play down the significance of the incident when commenting on Italian state TV on Sunday evening:

“In Italy, the situation with regard to racism has not improved and this is very serious. We’ve got to fight this through education, by condemnation and by talking about it. People who are responsible for these acts should be identified and then expelled from the stadium…I have to pay my compliments to (referee) Orsato. It is never easy to take certain decisions in the heat of a game…”

After the game, the respective team coaches, Gian Piero Gasperini and Vincenzo Montella, confessed that they had heard nothing, with Gasperini even suggesting that the whole incident had been exaggerated. What will matter now is how the referee deals with the whole incident in his match report. Depending on this, disciplinary sanctions may yet be imposed on Atalanta.

As for the game, it ended in a 2-2 draw as Fiorentina allowed Atalanta in for a 95th minute equaliser which leaves the Florence club in last place in Serie A, on just two points.

Elsewhere last weekend, there was little doubt that the most significant game in Serie A was Saturday night’s Derby in which Antonio Conte’s Inter Milan served notice of some serious intent with a deserved 2-0 win. A deflected free kick just after half time by Croat midfielder Marcelo Brozovic and a superb 78th minute header from Lukaku did the damage for Inter in an intense, sometimes chaotic game in which they looked by far the more serious team.

The familiar 3-5-2 line up, often favoured by Conte (see for example his Italy at the Euro2016 finals in France) is beginning to look more than functional. The three man defence of Slovak Milan Skrinniar, Dutchman Stefan De Vrij and experienced Uruguyan Diego Godin already looks solid, whilst midfielders like Nicola Barella and Marcelo Brozovic eat up kilometres as they make room for the fantasy of Stefano Sensi beside them, as well as for the killer instinct of Lukaku up front.

Inter now face Lazio (at home on Wednesday), Sampdoria (away next Saturday) and then champions Juventus (at home on Sunday October 6th) in three games that may just “re-dimension” the seriousness of their fledgling title challenge. What is sure, for now, is that the Conte effect appears to have taken hold.

What is sure, too, is that for now Inter are top of the table on 12 points, two clear of Juventus and three clear of Napoli. Even at this very early stage of the season, it already seems clear that the title race will, at best, be a three horse race between these three.

However, Inter’s embarrassing failure to handle Slavia Prague in their home Champion League tie last week, in which they picked up a scarcely deserved injury time equaliser for a 1-1 draw urges caution. As too does the consideration that the AC Milan side defeated by Inter last Saturday night looks very much like a work in progress, with new coach Marco Giampaolo struggling to put him imprint, organisation and ideas on the team.

Even after only four games, the disappointment of losing the first derby of the season already sees Giampaolo and former greats now club directors, Croat Zvonimir Boban and the legendary Paolo Maldini, coming in for a deal of criticism. These are early days but the basic reality is that this current AC Milan squad seems far removed from some of the great Fabio Capello or Arrigo Sacchi coached sides of yesteryear.

Milan’s lack of self-belief was all too painfully obvious from the manner in which they not only allowed Inter to dominate the game for periods but also for the extent to which they failed to recover their mojo following the Brozovic goal.     Time for experienced players like Argentine midfielder Lucas Biglia (injury and fitness allowing) to step up to the plate and show the way home to his younger team mates.

Mind you, Milan should take some encouragement from the positive performances of two of their midsummer signings, namely 20-year-old Portuguese winger Rafael Leao and 22-year-old French defender, Theo Hernandez. Both of them, both down the left flank, look like just where Giampaolo should focus as he attempts to weave together an essentially new look team.