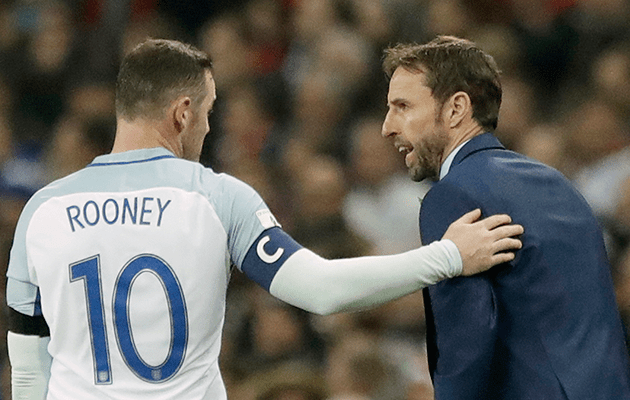 “Work,” opined Oscar Wilde,” is the curse of the drinking classes.”

Over many decades, Britain’s professional footballers have borne him out.

So Wayne Rooney’s spectacular falling off the wagon should hardly astonish us. As captain of England, the implication is that he should be setting an example, but it is legitimate to wonder whether too much significance is given to the role in England. When ultimate tactical power will always reside in the manager on the bench.

As we know, Italy, in the past, have simply given the captaincy to the player with most caps. Once, when Fiorentina full-backs Ardico Magnini and Sergio Cervato had exactly the same number, Magnini got it because he had played one more ‘B’ game.

It was at the very least crass of Rooney to booze on amidst a wedding party into the small hours in the team’s own hotel. That he ignored the counsel of Gareth Southgate to go to bed suggests at least a lack of authority on the part of the temporary manager. who should arguably have made certain that his instructions had been obeyed. And what of the FA employee who reportedly boozed on with Rooney into the night?

One’s mind goes back to 1964, when Bobby Moore, then himself the England skipper, led a posse of players up the Edgware Road away from the team’s hotel in Lancaster Gate, so near the FA’s then headquarters, in defiance of manager Alf Ramsey’s instructions that they shouldn’t leave the hotel. When they returned there, it was to find their suitcases, packed, on their beds, together with their passports. Ramsey would rebuke them and fiercely threaten them with exclusion.

Moore was in fact a heavy drinker, but he had an unusual capacity after a heavy night’s drinking to turn up for training the following morning fresh as a daisy. His friend and team-mate Jimmy Greaves would eventually become an alcoholic. As for George Best, one of the finest British footballers of all time, he drank himself piteously to death.

Before the last war, when players had so much less money to indulge their drinking habits, drink abundantly they did. There was a remarkable Christmas morning when Orient, due to play at Brighton, the teams did in that time show up at Victoria Station to find the manager awaiting them with a barrel of beer. During the match, the centre-forward Ted Crawford told me he could see two footballs. But Orient still drew!

Rooney it might be said, brazenly flouted the 11th commandment, Thou Shalt Not Be Found Out. There is no reason he should, off the pitch, be held up as a role model. Consorting with prostitutes when his wife, not long ago, was expecting a child, was hardly exemplary. But what of another star, Ryan Giggs, whose romantic life, if one may so dignify it, was putrid to a degree?

Going back to pre-war days, Hughie Gallacher, one of the finest centre forwards of the epoch, was a notorious drunk, yet when inebriated on a Friday night, he was known to excel on a Saturday.

Other England players that night appear to have gone out on the spree, two of them all the way down to Bournemouth. You could not imagine an Italy team being given such licence. A so-called ritiro, meant strict confinement to the chosen hotel. 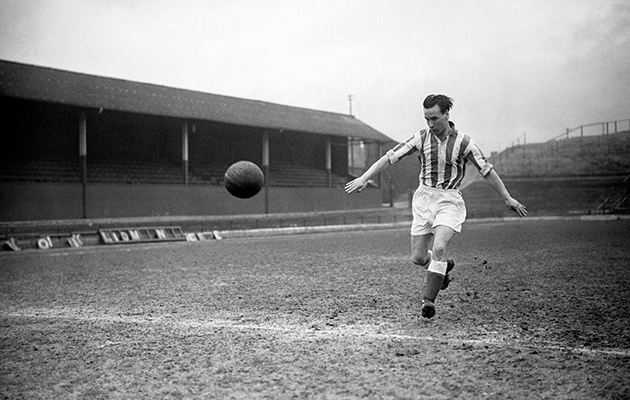 Neil Franklin shortly before his ill-fated move to Colombia.

A reader’s letter to the Daily Mail evoked the Bogota sensation of 1950, but got it the wrong way round. Manchester United’s Charlie Mitten was not the first to decamp to Colombia. He was the last to go. Centre-half Neil Franklin and Stoke team-mate George Mountford were the first to go. Franklin lying to the FA, who wanted him for the ensuing World Cup, that his wife was expecting a baby.

£50 a week tempted them to the Santa Fe club, but they were soon back home. Mitten was out there for a year and on his return, somewhat heavier, played for Fulham.

Franklin, discarded by Stoke, played for Hull City, a sad postscript to a hitherto distinguished career. A genuine footballing centre-half with whom England could do well today.