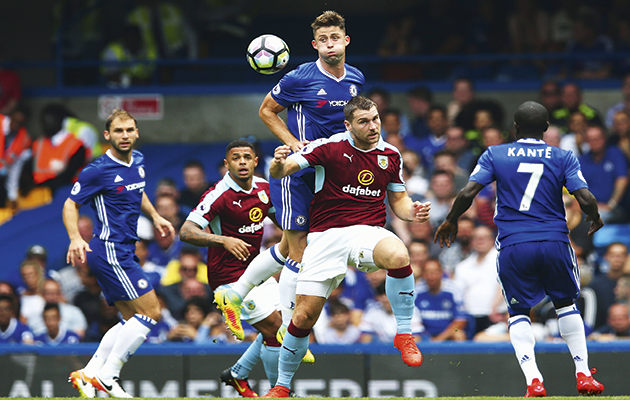 Chelsea, Manchester City, Everton, Tottenham Hotspur, Juventus, Roma, Sevilla, Wales, Serbia, Italy, Spain. The list of teams who have played with a back three at some point this season is long, varied and growing.

In the Premier League, playing three at the back has spread with extraordinary speed since Chelsea manager Antonio Conte reacted to his side’s defeat at Arsenal by returning to the shape he had favoured with Juventus and Italy.

Conte has long been a devotee of the back three, but the shape had largely gone out of fashion with other coaches for reasons that were readily understandable.

Between roughly 1930 and 1960, the vast majority of teams played with a back three in some variation of the W-M formation (3-2-2-3). But in Hungary and Brazil it became common to push one of the holding midfielders deeper, and Brazil’s national side were discernibly playing with a back four by the 1958 World Cup.

That had a startling impact, denying acceleration room to the opposition winger and, in time, forcing his retreat, which offered the possibility of an attacking threat from deep through overlapping full-backs. Within a decade, the back four had taken over, and it wasn’t until the early 1980s that it began to be challenged.

There are many who claim credit for the reintroduction of the back three – Sepp Piontek with Denmark, Ciro Blazevic at Dinamo Zagreb, Carlos Bilardo with Argentina – and they used it in very different ways. However, what they were all reacting to was a recognition that, in a world in which wingers had become wide midfielders, there was no need for the full-backs to remain deep.

Instead, they could be advanced to offer attacking width, allowing two extra players in the middle. One of them, naturally, became a libero, offering cover and depth behind two marking central defenders, and the other could be utilised wherever in midfield the coach felt he was most beneficial.

But as more and more teams played with one striker rather than two, there became less and less point in playing with two markers. Unless a team had a particular need to be extremely defensive, having a marker and two spare men at the back meant one was largely redundant, which in turn meant the opposition could overload somewhere on the pitch. As a result, the back three dropped from favour. So why then has it returned?

In part, the reason is the prevalence of zonal marking has made the idea of a spare man and two markers seem almost simplistic. Johan Cruyff spoke regularly of it being desirable to have one more defender than the opposition had forwards, but by the time he was playing Ronald Koeman and Pep Guardiola at the heart of his back four it was clear that their roles were not as defenders in the traditional sense.

Defending has become less and less about the traditional values of winning headers or tackles and more and more about positional sense, about keeping the shape and pressing so the system does the work rather than there being a reliance on defenders to win individual battles. That’s why it’s become common to hear pundits complain – with some reason – about the dearth of high-class defenders in the modern game. 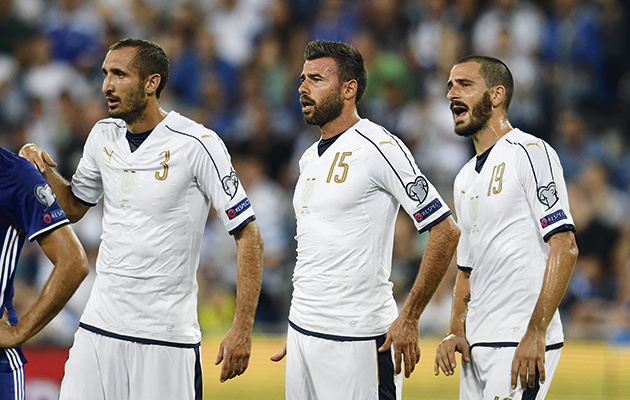 But that only explains why an objection to the back three has been removed. What are its advantages?

Most obviously, for a team looking to sit back and absorb pressure, it remains as useful as it always was to have an additional spare man at the back. But more interesting is why the likes of Chelsea and Manchester City have found cause to use it. Put simply, if your plan is to press high up the pitch, it’s useful to have an extra man in midfield. This, really, is the modern interpretation of the legacy of Cruyff: if one of the centre-backs can step into midfield, it makes it easier to overman in those areas, which is advantageous both for regaining possession and for retaining it by offering an additional passing option.

But there’s something else going on, a suggestion that the back three isn’t the significant issue, it’s actually a by-product.

Over the past three years, it’s become apparent that teams struggle to play against sides using two creators in the three-quarter line. They exist in an awkward pocket, outside the two holding midfielders who dare not follow them for fear of exposing the centre-backs, but inside and in advance of the full-backs.

This isn’t a revelation. The “Christmas Tree”, or 4-3-2-1, tried to play on the same vulnerability. Carlo Ancelotti wrote his thesis at Coverciano on the subject, and Co Adriaanse had some success with it at Den Haag in the late 1980s. The problem with it was, though, that it is very narrow and lacks attacking width – and without the threat of a wide man coming on the outside, full-backs can tuck in to deal with those creators who are operating in old-fashioned inside-forward positions.

So, to get the full-backs forward and give the system width you make them wing-backs – which then means a back three, protected by two central midfielders. After losing to Basle’s 3-4-2-1 in the Champions League, Brendan Rodgers brought that system to Liverpool, and now Conte is using the system at Chelsea with Pedro and, in particular, Eden Hazard revelling in those inside-forward positions.

Guardiola has gone even further, using Kevin De Bruyne and David Silva as what De Bruyne calls “false eights”, but with wide forwards rather than wing-backs outside them. The defensive base remains that same trapezium shape of three defenders plus two holding midfielders.

The back three, for a range of reasons, is back.