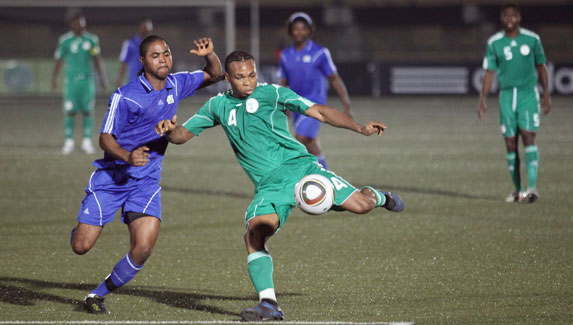 Nigeria’s fans may be notoriously hard to please, but within 20 minutes of his international debut in February Joel Chukwuma Obi had the crowd in Lagos’ Teslim Balogun Stadium chanting his name as he set up a goal against Sierra Leone with a delightful cross. He also received a standing ovation when he was substituted with 20 minutes left.

Obi hasn’t looked back since, featuring in the starting line-up for all six of his country’s subsequent internationals and producing another impressive performance as Nigeria beat a second-string Argentina side 4-1 in Abuja at the start of June.

Although he has played more internationals than he has made starts for his club side since his debut for Internazionale as a late substitute against Werder Bremen in last season’s UEFA Champions League, all that could change in the new Serie A campaign if the Italians decide to make the most of his mazy dribbling and incisive passing. Such is his determination to make an impression in this campaign that he turned down the chance to play at the Under-20 World Cup in Colombia this summer to keep himself fresh.

Nigerian supporters already call him the “new Jay-Jay” in reference to the search for a successor to Augustin Okocha, whose role as playmaker in the national side has not been effectively filled since his retirement five years ago.

Last year’s African Nations Cup finals in Angola saw John Obi Mikel forced into an attacking midfield role, where his lack of pace was exposed, and Nigeria again sorely lacked creativity at last summer’s World Cup in South Africa, where they were forced to compensate with pace down the flanks.

Obi’s arrival could end all of those problems and new Nigeria coach Samson Siasia is not alone in his belief that the youngster is a talent to be carefully nurtured.