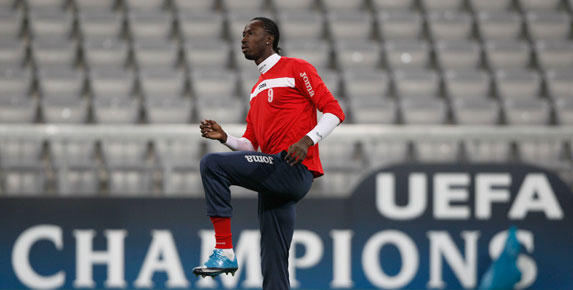 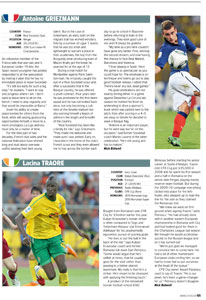 “He lives to put the ball in the back of the net,” says Kuban Krasnodar coach and former Romania full-back Dan Petrescu. “Some would argue that he’s selfish at times, that he usually goes for the shot rather than passing to a better-placed teammate. My reply is that he’s a striker. He’s meant to be obsessed with applying the finishing touch.”

A product of the renowned Ivorian football school ASEC Mimosas before starting his senior career at Stade d’Abidjan, Traore cost CFR Cluj just £35,000 in 2008 and he spent his first season and a half in Romania on the senior-side fringes, playing mostly reserve-team football. But during the 2009-10 campaign everything clicked into place for the left-footer, who stepped up to lead the line for the side as they claimed the Romanian title.

“We knew we were on firm ground when signing Traore,” adds Petrescu. “He had already done well in another eastern European championship in Romania with Cluj and had looked good for them in the Champions League last season. We thought he would acclimatise quickly to the Russian league and so it has turned out.

“We’re just glad we managed to convince him to come here. He had a lot of other mainstream European clubs circling him, so we had to move fast to put ourselves at the head of the queue.”

CFR Cluj owner Arpad Paszkany used to say of Traore: “He is our jewel; he’s been a game-changer for us.” Petrescu doesn’t disagree.