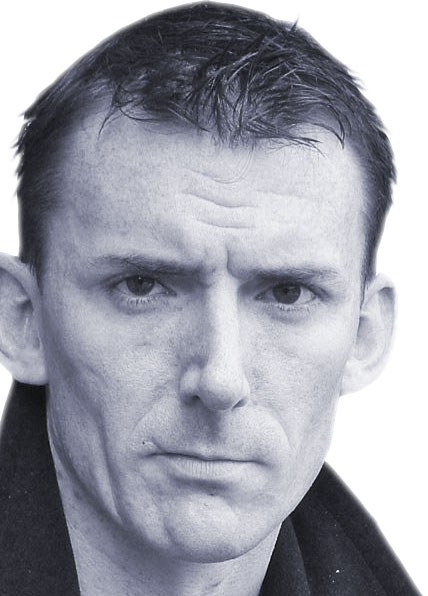 When Manchester City beat Manchester United in what was effectively a title decider at the end of April last season, the area in which they were dominant was clear. United fielded a midfield three of Paul Scholes, Michael Carrick and Park Ji-sung. Against City’s 4-2-3-1 that should have given them an additional man in the centre. Even though City had the trident of David Silva, Carlos Tevez and Samir Nasri dropping back, United had Ryan Giggs and Nani doing much the same – but as it turned out United were physically overwhelmed. 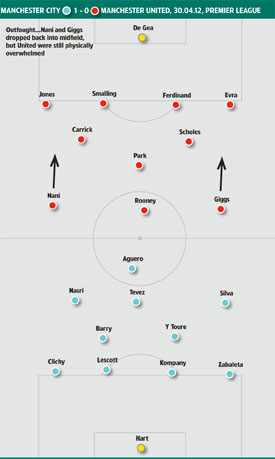 The game seemed to confirm that United lacked bite in midfield. Illness had robbed them of Darren Fletcher, and injury of Tom Cleverley and Anderson, but the assumption was that central midfield was the area in which United had to strengthen over the summer. Fletcher, after all, hadn’t played since November last year because of his ulcerative colitis and, while he is making progress in his attempts to return, there is no guarantee he will ever again be the player he was. Anderson hasn’t quite developed into the player Ferguson surely hoped he would be when he signed him in 2007 and managed only eight starts last season. Cleverley and Jones, meanwhile, although full of potential, are both young and inexperienced, and are probably at their most effective further forward and further back respectively.

Yet United didn’t bring in a dynamic midfielder. They signed Robin Van Persie, a striker, and Shinji Kagawa, who is a creator, and have continued to look short of drive this season. Everton, like City, dominated them physically, while both Fulham and Southampton seemed more energetic through midfield. But even before the end of last season, Ferguson was dismissive of suggestions that the back of his midfield needs strengthening.

“If you look at the examples, [Cesc] Fabregas was one of the best midfield players in England for five years but he wasn’t a big lad and wasn’t a holding player,” he said. “He was an attacking player. Xavi and [Andres] Iniesta are small players – you can’t call them holding players. I don’t think we’ve had a holding player since I’ve been here.

“We tried to get Roy Keane to do that but he just couldn’t do it. He had to play a way that was his own way of playing, so I’ve not had it for 25 years. Why should I think about it now?”

That’s slightly disingenuous for, while Ferguson has never used a Claude Makelele-style holder sitting just in front of the back four, he has certainly had midfielders who could tackle. Keane of course, but also Bryan Robson, Paul Ince, Nicky Butt and even Fletcher. So why would he continue to insist that Carrick has the “authority” to control the midfield rather than supplementing him with a more forceful presence?

There are two possible answers. The first is expediency, that Ferguson knew transfer resources would be restricted and so was pre-emptively trying to head off dissent – although in that case, spending over £40million on Van Persie and Kagawa makes little sense; both are fine players but neither was a priority.

The second is that Ferguson is part of a growing movement among coaches of elite teams who see passing above all else. The theory, really, is that of Marcelo Bielsa. In 1992 his Newell’s Old Boys side lost their opening game, at home to San Lorenzo, 6-0. It was a defeat that persuaded him to go for broke. His game was based on possession, so how better to maintain it than increasing the passing options by getting extra men higher up the pitch? And the more players in advanced positions, the more effective the high press was at winning the ball back, as opposing defenders, whenever they got the ball, found they faced a blanket of challengers. 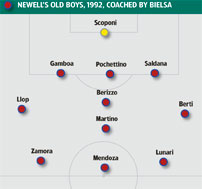 The next step was to ask, if possession were the key, whether it was preferable for the three men he left in defence to be adept at getting the ball back or not to lose it in the first place. He started playing holding midfielders in the defensive line, something he did with Gary Medel with the Chile national side and Javi Martinez at Athletic Bilbao. Bielsa’s problem as a coach is that players remain irritatingly human and are rarely able to live up to his exacting standards for any protracted period. Newell’s managed 26 games unbeaten, but lost on penalties to Sao Paulo in the Libertadores Cup Final.

The influence of his thinking is wide-reaching. Chilean football seems to have adopted the Bielsa mantra as their approach, best exemplified by the success of Jorge Sampaoli’s Universidad de Chile last year. Pep Guardiola spent 11 hours talking with Bielsa before he took the Barcelona job, and his use of Sergio Busquets, then Javier Mascherano, and last season’s experimentation with a back three, were pure Bielsa.

But the general tenet that possession is king seems to be spreading, perhaps as a result of a climate in which any foul risks being punished with a yellow card. Ferguson seems to see Carrick as a quasi-Busquets, seemingly having no qualms about using him as a centre-back in an injury crisis. Other English clubs are doing away with the defensive midfielders: Chelsea have offloaded Michael Essien and Raul Meireles – although the latter’s exact role was never clear cut – while packing the squad with quick-footed creators; Manchester City have sold Nigel De Jong and started experimenting with a back three, presumably aimed at helping them to dominate games higher up the pitch – although it may be that Roberto Mancini is influenced as much by the Italian theory that a wing-back allows attacking width without sacrificing numbers in the middle.

The obsession with possession that was once the preserve of one Argentinian eccentric thus seems to be spreading: ball retention is now favoured over ball winning.