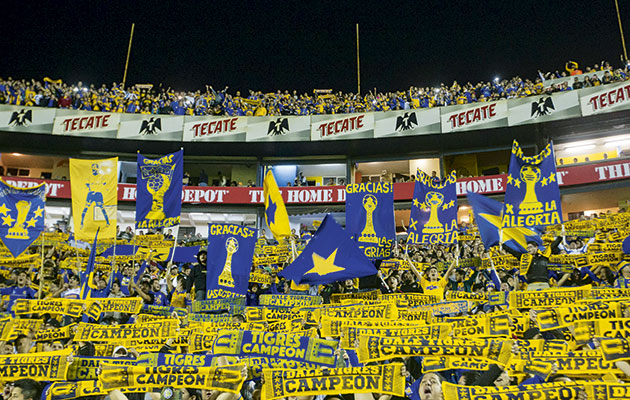 If you were to ask a European football fan who are the best team in the Americas at the moment, the most logical answer would be the usual suspects: Boca Juniors, River Plate, Santos, Corinthians. The name of Mexican club Tigres would not cross their mind, and yet they have all the merits to be part of the discussion.

For years, the results of the Monterrey-based club were far away from the outlandish amount of money that their owners – multinational cement giants Cemex – spent to strengthen the squad.

Despite investing more than any other team in the Mexican league over the past decade, and filling their stadium every weekend, they had just one title to boast of in those 10 years: the Apertura 2011.

But in 2015 everything changed. For years, every time the club qualified for the Libertadores Cup, veteran coach Ricardo Ferretti decided to use an alternative team in the competition, deeming it a distraction for domestic success. But this time the board decided it would give the club a more international profile. Priority was given to the continental tournament and the team’s performances served as a catalyst for an impressive year.

Tigers advanced easily in a group containing River Plate, Juan Aurich of Peru and Bolivian side San Jose Oruro, and then eliminated Universitario de Sucre in the round of 16 before squeezing past Emelec in the quarter-finals. The board then took advantage of a six-week break – to allow for the Copa America to be played – and decided to make what was an unprecedented investment for a Mexican side.

Although $6million was spent on repatriating international Javier Aquino from Villarreal, and another $10m to buy Liga MX starlet Jurgen Damm from Pachuca, the icing on the cake was of a completely unexpected nature. 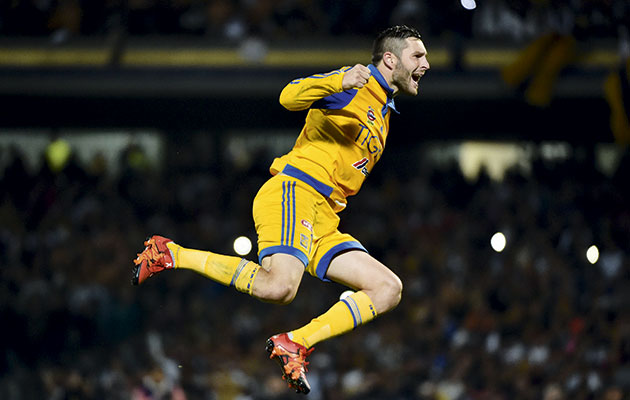 Previously, the few Europeans who have played in Mexico arrived in the twilight of their careers. So when Tigres announced the signing of Andre-Pierre Gignac, the news was greeted with astonishment. At 29, and after scoring 21 goals in his last season with Marseille, the France international was at the peak of his powers.

The results were immediate, with the new signings crucial in the semi-finals against an Internacional side who fielded Andres d’Alessandro, Jorge Valdivia and Lisandro Lopez. Tigres overcame a 2-1 deficit from the first leg in Brazil and then turned the game around with a 3-1 win in Monterrey.

Gignac, Aquino and Damm added firepower to a squad which already included Brazilian playmaker Rafael Sobis and Argentinian international goalkeeper Nahuel Guzman. In fact, the transformation had been such that there were those who considered Tigres as favourites in the Final against River Plate – a team they had left far behind in the group stage.

Ultimately the tie was a disappointment as Tigres failed to crack a solid Argentinian defence in a goalless first leg in Monterrey and then seemed overwhelmed by the atmosphere in the return leg as they lost 3-0.

In the second half of the year, and despite playing in the CONCACAF Champions League, Tigres decided it was time to focus on their domestic league.

They began well but then suffered a dip in form that coincided with Ferretti being “loaned out” to the national team in the position of caretaker coach for two months.

After the Brazilian returned, the team never looked back and they finished the regular season in fifth place, before disposing of Jaguares and Toluca in the play-offs to reach the Final against Pumas.

After Tigres tore their rivals apart in winning their home leg 3-0, the return seemed a formality, but after losing 3-0 the game went to extra-time. Gignac then looked to have given the visitors the title – until Pumas equalised in the last minute and sent the tie to penalties. Tigres did not miss a single kick, while Guzman saved Pumas’ last shot to give the team their fourth title.

While 2015 was historic for the team, 2016 now provides its own set of challenges. The main objective of Ferretti and his players this time will be to win the CONCACAF Champions League – in which they face MLS club Real Salt Lake in the quarter-finals in late February – and qualify for the Club World Cup.

If Tigres succeed, they will have an opportunity in Japan to prove they deserve to be in any conversation about who are the best team in the Americas.