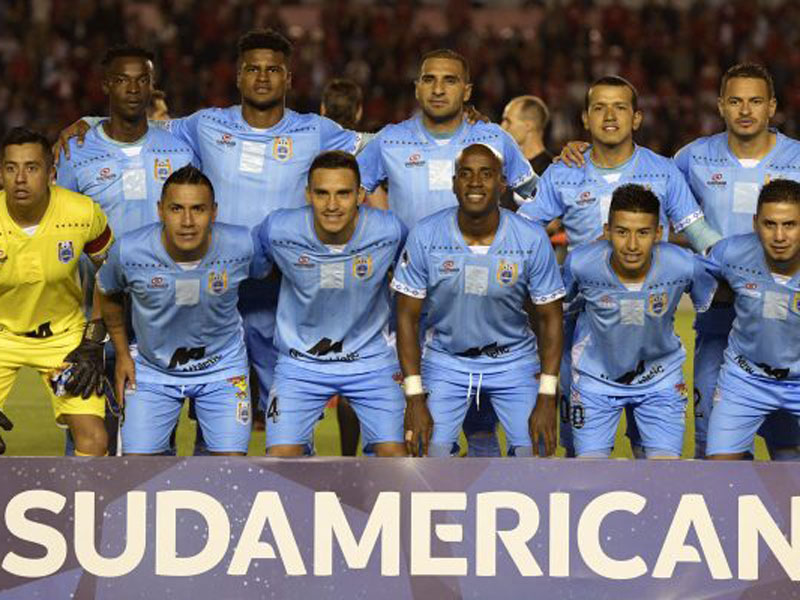 Both were up against traditional giants in two legged finals.  In Manta, Delfin overcame Liga of Quito, often referred to as LDU, on penalties after two goalless draws and became champions of Ecuador.  And further down the Pacific coast in Lima, Binacional hung on grimly, protecting their 4-1 first leg lead over Alianza Lima with a 2-0 defeat to be crowned champions of Peru.

The achievement of Binacional is especially eye catching.  The club, from the southern highlands near the border with Bolivia, were only founded in 2010.  It has taken them less than a decade to start at the bottom and reach the top.

They were aided in this climb by one of the world’s most charming competitions, the Peruvian Cup.  The country has two national divisions.  The Cup is for everyone else.  So like England’s FA Cup it starts right at grass roots level, with the participation of tiny village teams.  As it moves on and progresses from regional to national, the stakes get higher.  The competition builds to a final – the loser goes into the second division, while the winner leapfrogs straight into the first.  The Peruvian Cup, then, offers an attractive fast lane for ambitious new clubs with enough money to hire good players and coaches – clubs just like Binacional.

Impressive though their achievement is, there are a number of reasons for believing that what Delfin have done in Ecuador is worthy of even more credit.

Delfin are a relatively new club, founded in 1989, and represent a town, Manta, with a population not much greater than 200,000. And there is no doubt that they are operating in a much stronger league than Binacional.

The recent performance of Peruvian clubs in South American club competitions has been disastrous.  In the last nine years of the Copa Libertadores, the continent’s Champions League, only once has a Peruvian team made it out of the group phase.  Traditional giants Alianza Lima and Universitario have been mired in turmoil, and Sporting Cristal, the third member of the big three, have run into financial problems after being top dogs for most of the past decade.  When the strong are so weak, the weak do not have to be especially strong to beat them.  The bar has not been set very high for Binacional.

The same does not apply to Delfin.  The Ecuadorian league has proved surprisingly competitive.  Independiente del Valle gave some of the continent’s giants a lesson on the way to winning the Copa Sudamericana, the Europa League equivalent.  In the Libertadores, Emelec reached the second round, where they beat eventual champions Flamengo in their home leg and only went out on a penalty shoot out.  Liga of Quito went further, reaching the quarter finals before bowing out to Boca Juniors.  Two years ago Barcelona of Guayaquil reached the semi finals, winning away to eventual champions Gremio.

Delfin have overcome all of these rivals – and they have done so without the advantage of playing at altitude.  In Peru Binacional play their home games at Juliaca, some 3,800 metres up the Andes.  The rarefied air was surely a factor in their triumph in the final.  Alianza wilted in the closing stages of the away leg, especially after having a man sent off.  Delfin, meanwhile, play at sea level, and had to climb the mountain to hold Liga in their Quito stronghold in the first leg of their final

So it was sweet indeed for Delfin to claim the crown in front of their own fans.  In truth, Liga had enjoyed the bulk of the chances in two tight games.  And there was a moment in the penalty shoot out they seemed on the way to retaining their title.

Both sides scored with their opening kick.  Then Delfin missed.  Liga had the chance to take the lead and turn up the pressure – and given the task of doing it was former Manchester United captain Luis Antonio Valencia.

The veteran seemed like the man for the moment.  Valencia has not had the easiest of times since leaving Old Trafford and returning home.  But with his vast experience he could surely be relied upon to strike hard and true.

Instead he came up with a feeble shot straight down the middle, easily saved by Pedro Ortiz.  Liga had blown their chance.  Valencia’s was the first of their four consecutive missed penalties – handing Delfin their first league title.