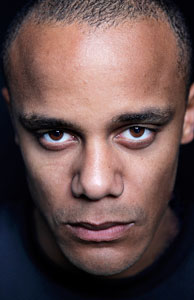 World Soccer: The past year must have been an incredible experience. When you sort through the memories, what’s been the one thing that sticks out?

Vincent Kompany: The one thing will be the league title, obviously. Last minute of the game when Sergio [Aguero] bangs that goal in. For any player or Man City supporters who were there to see it, it was probably the most incredible day of their lives. It was such a rollercoaster of emotions, that season, that game.

The generation is incredible. It is so rare for a country of our size to have so many incredible players at the same time. Usually it’s hit or miss. This time we are all similar ages, we are all quite young. I mean, I am the oldest in the team at 26. There’s great prospects there. Any legacy of this team will be based on the success that the team achieves together, so that is the big pressure on us.

There is no national academy in Belgium, so why have so many top players come through? Is it just luck?

I wouldn’t say it’s luck. Belgium is more playing a catching-up role rather than being a leader in youth development. They can be that country. We’ve proved that a small country can produce great youth players. We have benefited a lot from the proximity of big footballing countries. A lot of the players have done at least some of their formation in Holland, France and England. But the talent comes from Belgium. And now there is a great enthusiasm about football and people want to use football again socially, either to improve themselves or as a social vehicle.

Belgium is politically divided between Flemish and French speakers. There’s even talk of the country being broken up. How have you overcome those differences within the squad?

I think as much as a small part of the country has become a lot more extremist in its demands for separation, it has had a positive effect on the national team as it has made the other part of the country that wants to [stay united] become more extreme about other national symbols. Football being what it is and meaning what it means, as soon as this team was there, the fans were there in huge numbers.

And I think we realised we had to be a different type of team than other national teams. We cannot afford to go back to our countries and play the untouchable superstars. The whole aspect of us being so popular is that we show we are much more committed. We accept the challenge: we have that responsibility on us to help people.

Can the national team be a positive reflection of a united country?

The political situation in Belgium at the moment is so tense that the right thing to do is stay away from it. But, hey, this is our country and it would be ridiculous for us to stand for anything other than unity. What we do every time is show the good of our country and the potential of our country, other than focus on the differences there might be. We focus on what we have together rather than what is different.

I carry a lot of responsibility because I have a lot more experience than the other guys in the team. I think what’s important is that every individual realises that. The advantage is that I always speak my mind. This is what I can give to a team. I can be honest.

During the World Cup qualifier against Scotland in October, Ilombe Mboyo made his debut for Belgium. He was convicted for his part in a gang rape when he was a youth. Did you believe Mboyo deserved a second chance and what effect did his call-up have on team moral?

You don’t want to talk about what has happened and take away from the feelings of the victim in that situation. On the other hand, our society is always complaining that convicts come back into society and into committing crime and into the same vicious circle. But when one person does break that circle and does come out of it in the right way we are still not happy. The media was more into stressing what he has done. But it takes a lot of courage to try to get back into society like he has done. If anything, he is an example of how to get back into society. Not taking anything away from the victims, of course.

This interview appeared in the December 2012 issue of World Soccer.

Part two of this interview will be published tomorrow.