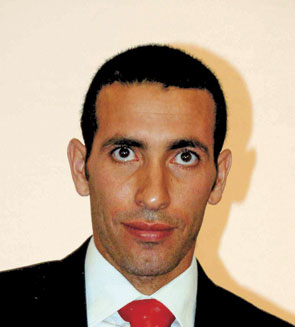 World Soccer: How would you describe your family background and how did you start your career?
Mohamed Aboutraika: I’m from a poor family, like the majority of families in Egypt. I suffered a lot during my childhood. I worked in a brick factory at the age of 12 to help pay for my schooling and I started to rely on myself at an early age.

My parents put in a lot of effort bringing me up and my childhood experience helped shape my whole life afterwards. I played football with my friends in the streets until one of my neighbours took me to Tersana Sporting Club, who are a second division side in Egypt, for a trial. I played for them for 12 years, until moving to Al Ahly eight years ago.

You always seem to score crucial goals at vital times. How does this happen?
It’s a gift from God. Whatever I do I can’t decide that I’ll score the winner or score in stoppage time. I always thank God for this gift. I hope it continues.

You played against Brazil and Italy in 2009. How did it feel to play at this level of the game?
It was a wonderful experience. The Confederations Cup gave us the feeling of playing top quality football in a tournament that everyone watches. It gave us the chance to be under the spotlight worldwide. Egypt definitely has enough talent to be able to challenge teams like Brazil and Italy.

What were your thoughts before playing in those matches?
We felt we had nothing to lose. It’s not like we play them every day. This was an opportunity. We weren’t expected to win. Instead, we just hoped to show the world our football and prove ourselves. We said to ourselves beforehand: “Brazilians and Italians are also normal human beings; they don’t have three legs.”

Egypt haven’t reached the World Cup finals since 1990. Can you explain why?
Our critics say that we play better football when we spend more time together in the pre-match camp, and it’s true. The longer time we spend together before playing matches, the better the team harmony. In the African Cup of Nations we spend weeks together; in the World Cup qualifiers we meet three days before a match.

Have you lost hope of ever playing in the World Cup?
It’s getting harder for me now to participate in the World Cup, especially because of my age. However, I think with every failure we experience we have to come out of it with new hope. I still have this hope and believe I can do it. I’ll fight for it until the end. It’s a goal that’s always in the back of my head.

Do you still think football unifies people?
Definitely. Football fights poverty and unites people. Away from playing and scoring goals, football sets values and principles, delivers different messages to people and nations. Political messages, economical messages and many other things.

How important is your faith to you?
I’m a Muslim and I’m proud of it. You get the physical strength from physical training, but the spiritual power comes from God. Your relationship with God strengthens you much more in your life. This is the simple equation: God created us with a body and a soul; you can feed your body from the earth, but you can’t feed your soul except from God. I think this is what everyone seeks, but you can’t feel it until you have it.

There’s a famous photo of you praying in Cairo’s Tahrir Square on the day Hosni Mubarak stepped down. Can you tell us the story behind this picture?
There’s no story. I was brought up being taught that there is right and wrong. I’m gifted from God that I always support the right. You can either be in the middle of the action, or just support from where you are. After the last speech of former president Mubarak, a day before he stepped down,

I felt that there was a massive feeling of frustration and sadness among those at El Tahrir Square. Then I thought maybe I should try to raise the people’s morale as much as I can. I wanted to deliver the message that we still could do it.

Do you think you should have joined the protesters earlier?
I think I’d join in earlier if I could go back in time, but I thought about joining the protesters so many times and something always arose that made me decide to wait a bit more before I took the decision.

Did you worry that if you had shown support for the revolution, and it had failed, it might have harmed your career?
Not at all. I believe that in our lives come some situations where you need to take strong stands with no calculations and without putting the possible bad consequences in mind. As long as you believe that you’re supporting the right cause you shouldn’t doubt yourself.

How did you feel when you found out that Mubarak had stepped down?
Just like any other Egyptian, I suffered from corruption that used to waste the majority of the country’s resources. I felt that I took my rights back.

Are you interested in politics and staying in the political field?
Not at all. I belong to all parties. I believe that anyone who can serve the country sincerely and honestly will get my support, but I’m not willing to run for any type of elections.