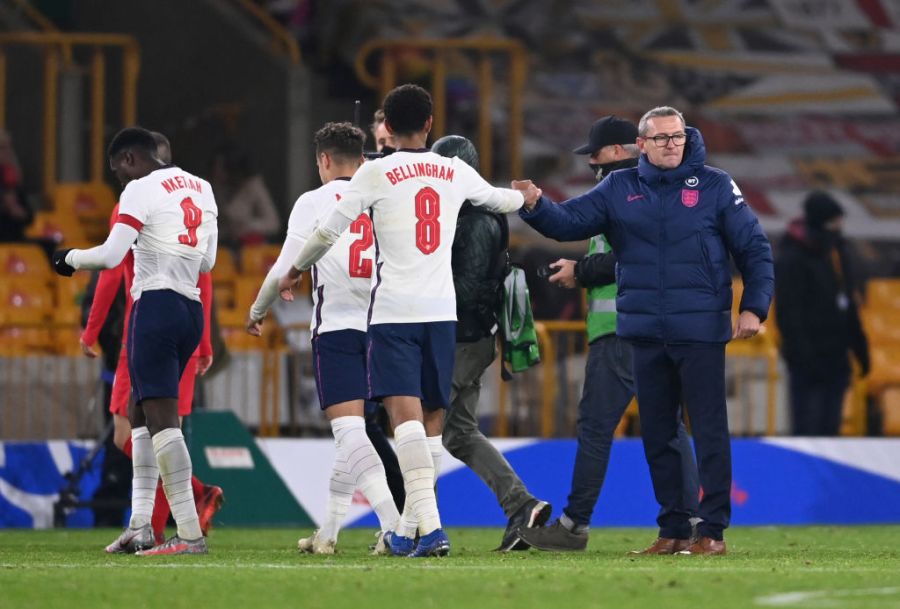 Here’s a bit of what England Under-21 manager Aidy Boothroyd had to say following the draw:

When do you start having selection chats with Gareth?

“You can do an awful lot of planning and think you’ve cracked it, thinking you’re getting certain players and then all of a sudden things change. Gareth and the senior team are the priority and always will be and from that it’s difficult for me to pick. That core, the 14-15 players, that might come up or down, the time we get to March, who is going to be injured, in-form, out of form and who Gareth wants to take. I know what I’d like to do now, with the squad I’d like to take, but four months from now goodness knows where we would be. Hopefully we will be in a better place than we have been in the past.”

“I’m careful I don’t want to intrude on the work done by the clubs. We’re here to support and they come to us in the international windows. The players are on a WhatsApp group, the players who have played in the campaign and they’ll be sent the group. I’m out at games all the time now so that’s pretty much our way of communication, the odd text but nothing too intrusive.”

How different will the preparation be now?

“We’ll go into the qualifiers and look at all the opponents we’ve got. We’ll look at their opponents and we’ll go through all of those. They will be just like us and will have an international window where they might lose some of their players. We will try to get a feel for a team, who is likely to play, who might move up and we’ll do that over the coming months. We’ll be focused on what we do, but will keep an eye on their players’ games to make sure who is in form and who isn’t.”

Developing players is the priority, but what significance is given to winning the competition?

“The most important thing is to get players to Gareth. Any competition we want to win, every single player and member of staff -part of their development is playing for England and that expectation and winning. We maybe move down on players and Gareth mentioned there are nine guys in the seniors who could play for the 21s. We are together on what we are trying to achieve, but anything we enter into we want to win it because it’s part of their development.”