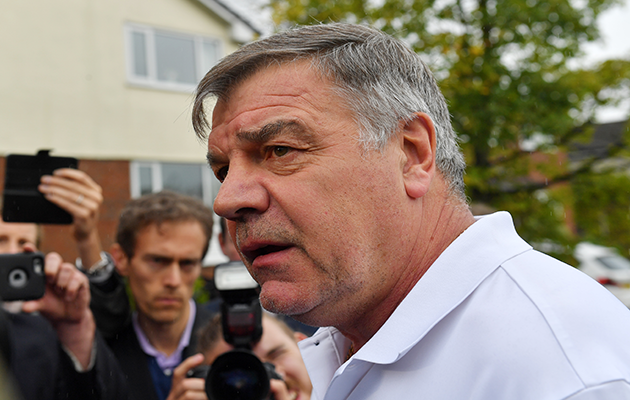 Disgraced former England manager Sam Allardyce has not ruled out a return to football after leaving his job with the national side.

Allardyce left his role after just 67 days following a newspaper sting in which he offered advice to undercover reporters on how to “get around” player transfer rules.

The former Sunderland, West Ham, Newcastle and Bolton manager reiterated that he was “hurt and disappointed” following the Daily Telegraph revelations which showed Allardyce negotiating a £400,000 deal with what purported to be an overseas firm hoping to exploit his high profile to profit from Premier League transfers.

But when asked if it was his last job in management, the 61-year-old said: “Who knows?”

<<< Sam Allardyce: the living embodiment of the Greed is Good League >>>

“On reflection it was a silly thing to do,” the 61-year-old conceded.

Of his lack of judgment, Allardyce said he was trying to do a favour for an agent, Scott McGarvey, someone he had known for 30 years.

“I just wanted to help out someone I’ve known for 30 years and it was an error of judgment on my behalf,” he added. “I’ve suffered the consequences. Entrapment has won on this occasion and I have to accept that.

He added: “The agreement was done very amicably, I apologised to the FA and to all concerned for the unfortunate situation that I put myself in. I have confidentially agreement lads, I can’t answer any more questions just now, I’m going on holiday to reflect.

“I would like to wish Gareth [Southgate] and all the rest of the England lads the very best.”

Asked whether the England post would be his last job in football, Allardyce replied: “Who knows, we’ll wait and see.”

Earlier Allardyce had spoken to Sky Sports, saying that he would never want to quit football and trying to explain why he had attended the meetings with the undercover reporters posing as Far East businessmen.

Allardyce said that “first and foremost” he went to the meetings because McGarvey was a person he has known for 20 to 30 years. He told them he knew McGarvey was desperate to get a job from people, who then turned out to be undercover reporters.

He added: “I can’t put into words how sad I am to lose the England job. I know I’ve made a huge misjudgement.”