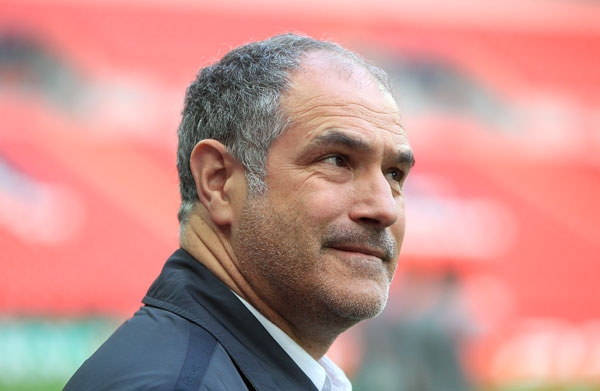 The Spanish champions will not be able to sign players for the next two transfer windows as punishment for breaching rules relating to the international transfer and registration of players under the age of 18.

It emerged that sporting director Zubizarreta offered to leave his position but the club blocked his resignation.

“Zubizarreta is a club man. The sporting director is doing a very good job, he helps us make our decisions,” Bartomeu told Catalunya Radio.

“On Wednesday, when the sanctions from FIFA arrived, we had a meeting with a group of club chiefs in the afternoon and it is true that Zubizarreta said that if it was a solution then he would walk. But his departure would not solve anything.

“It is not the right time to talk publicly about why FIFA is criticising us, because the club is in the middle of the season. But we will, although I must say that in our youth football set-up there are many people involved that have done a great job.

“We will explain to FIFA that sport is something that integrates people and Barca do not only form the players as footballers but also as people.

“We now have a number of guys that can’t play because of FIFA’s criteria. And we have them here because their parents want them to stay here. They cannot compete but they can train.”

“We have to let these guys play to integrate them into our society. Football is a sport of integration. And not only football, but also different sports where there is no problem for them to play even though their parents cannot be with them.”