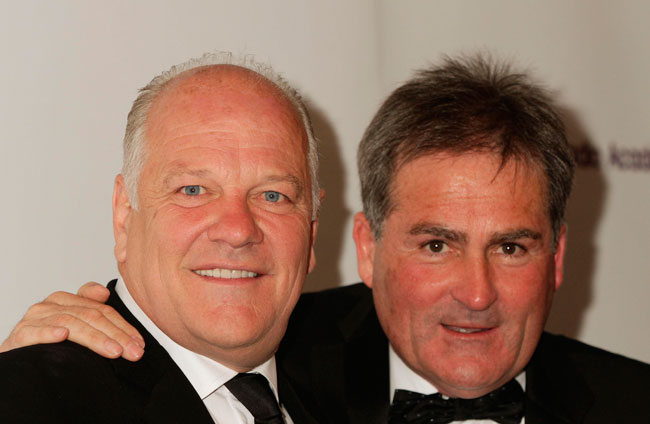 Andy Gray’s return to our television screens may be short lived.

Andy Gray returned to live British televised football with BT Sport last weekend, but after a new video of sexist behaviour from his Sky Sports days was published online, it may be some time before we see him again on our TV screens.

Gray, who has been working alongside his former Sky colleague Richard Keys at BeInSport in Qatar after he was fired by Sky in 2011 following the release of footage that showed them making sexist off-air comments, was hired by BT last weekend for Stevenage’s FA Cup tie against Everton.

But the new video, posted on the Football Ramble website, Keys and Gray first joking with touchline reporter Clare Tomlinson and telling her to get off the pitch. They then burst into a chorus of “get your tits out for the lads” and the camera cuts back to them in the studio laughing.

The newly leaked footage appears designed to cause Gray maximum embarrassment at a time when his career could be on an upward curve. Identifying the person responsible for the leak may prove tricky, but if it is a former colleague appalled at his possible rehabilitation, then at least the search for the culprit can be narrowed down to several hundred people.

A BT Sport spokeswoman said on Thursday night: “Andy Gray made a guest appearance last weekend and we were happy with his commentary.” She refused to comment on whether the broadcaster would employ him again. One Sky source said: “We recognised this as an issue three years ago and we dealt with it.”

Keys and Gray were the face of Sky’s football coverage for 20 years, but the pair waved goodbye to their high profile roles when a tape of them discussing female assistant referee Sian Massey was leaked to a newspaper and they were suspended.

Footage courtesy of The Football Ramble