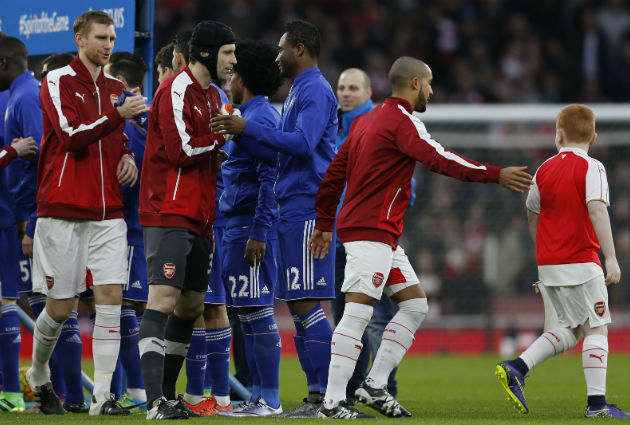 Bonar claims to have admitted prescribing performance enhancing drugs to over 150 sports stars, including the aforementioned teams and also Birmingham City.

He claims to have treated some players “with banned substances such as erythropoietin (EPO), steroids and human growth hormone” and he said that “the sports performance improvements were “phenomenal”.

However these doping allegations made by Bonar are unsubstantiated as The Sunday Times report stated that there were “no independent evidence Bonar treated the players.”

“Bonar claims he has treated Arsenal, Chelsea, Leicester City and Birmingham City players. Despite Bonar’s claims, The Sunday Times has no independent evidence Bonar treated the players. There is no evidence the clubs were aware of Bonar’s relationship with any players or drug use by them.”

Arsenal manager Arsene Wenger has been vocal in the past about the use of banned substances in football. Today, Arsenal responded swiftly to the doping allegations saying:

“Arsenal Football Club is extremely disappointed by the publication of these false claims which are without foundation. The Sunday Times knows that these allegations are baseless but has preferred to publish regardless. The club takes its responsibilities in this area very seriously.

“Our players are well aware of what is expected. We strictly adhere to all guidelines set by the World Anti-Doping Agency and our first team players participate in approximately 50 random drugs tests during each football season.

“None of our players has ever failed such a test.”

Arsenal statement on doping scandal: "None of our players has ever failed such a test." [@AFCPressWatch] #afc

Chelsea also said: ‘The claims The Sunday Times put to us are false and entirely without foundation. Chelsea Football Club has never used the services of Dr Bonar and has no knowledge or record of any of our players having been treated by him or using his services.

‘We take the issue of performance enhancing drugs in sport extremely seriously and comply fully with all anti-doping rules and regulations. Chelsea FC players are regularly and rigorously tested by the relevant authorities.”

Leicester City added: “Leicester City Football Club is extremely disappointed that The Sunday Times has published unsubstantiated allegations referring to players from clubs including Leicester City when, on its own admission, it has insufficient evidence to support the claims.

“Leicester City follows robust and comprehensive anti-doping protocols to ensure its full compliance and that of its players with all anti-doping rules and regulations.”

The UK Anti-Doping have launched an immediate and independent review into the allegations who said in a statement that they are “deeply concerned and shocked by the allegations made.”