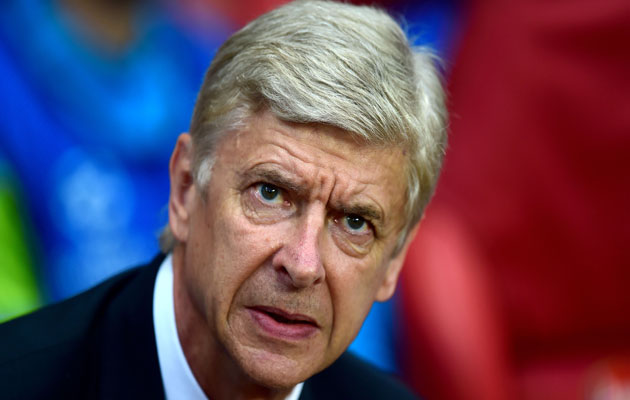 Arsène Wenger has virtually conceded the Premier League title, has said Chelsea are certainties to win theit this season if they continue their imperious early-season form.

The Arsenal manager was speaking after a 2-1 defeat at Swansea left his team in sixth place in the table, but critically 12 points behind Chelsea after only 11 games.

Wenger complained about the lack of “the right rigorous attitude” after Arsenal conceded twice in three minutes to inflict Arsenal’s second league defeat of the season.

With Chelsea unbeaten and four points clear at the top of the Premier League, Wenger conceded that no one looks capable of catching the runawat leaders.

“At the moment Chelsea are on course for 100 points this season,” he said. “If you look at the number of points they have, if they keep that up nobody will catch them, that’s for sure. There doesn’t look to be anybody capable to challenge them at the moment.”

Asked why Chelsea are so dominant, Wenger suggested that the knack of winning had given Jose Mourinho’s side the confidence to raise their performance levels in tight matches.

“There is no obvious reason. They had a good start, and we have gone through that [in the past], as long as you don’t lose, you don’t question yourself, there is a little bit extra spirit in the team that, when it is tight, gets them through.”

Arsenal’s capitulation against Swansea came on the back of them throwing a way a three-goal lead against Anderlecht in the Champions League on Tuesday, and Wenger admitted it had been a particularly disappointing spell.

“I felt that we allowed them back into the game by losing some challenges in the middle of the park that you cannot afford to lose,” Wenger said.

“It’s unfortunate to lose a game like that but we were not rigorous until the end. We produced quite a decent performance for 75 minutes but you have to last 90 minutes. Did Tuesday night play a part in our mind? I don’t think so. I hope not. And Swansea, you have to give them credit, they didn’t give up, they fought until the end, they scored a good free-kick, and of course that gave them momentum again.

“In the end we lost the three points, that’s very sad, very disappointing, but we have to take it on the chin because we didn’t play for 90 minutes with the right rigorous attitude.”