Attendances in India, China and the USA catching up with the major European leagues

According to research undertaken by the Football Benchmark team of KPMG Sports practice, the leagues of the United States, India and China, now rival the Big Five European leagues when it comes to attracting supportes through the turnstiles.

Although still behind the Germany’s Bundesliga and England’s Premier League, the latest figures show that the three emerging leagues are now attracting crowds comparable to the those in Spain’s La Liga, Italy’s Serie A and France’s Ligue 1.

With an average crowd of 21,536 spectators, the MLS broke its own previous attendance record from the 2014 season with year-on-year growth of 12.8%. The addition of two new successful franchises – New York City FC and Orlando City – has been the main driver in the increased number of fans at North American stadia, but even if the new clubs are excluded, attendances are still up year on year.. 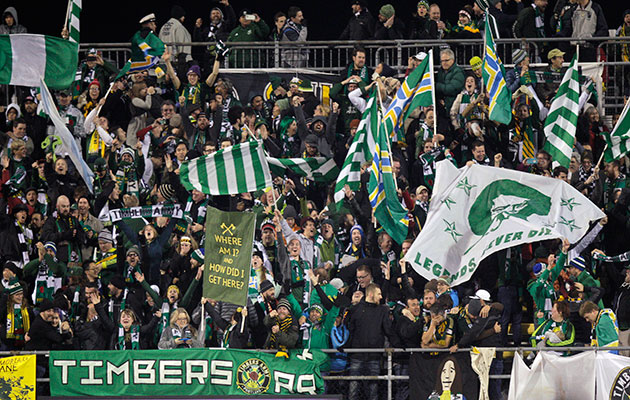 The Chinese Super League has in 2015 experienced the highest growth in average attendance of all the named competitions. A 16.7% increase compared to the 2014 season has taken the average attendance above 21,800, just a few hundred spectators fewer than that of Italy’s Serie A and France’s Ligue 1.

Meanwhile, the Indian Super League has recently completed its second season and seen attendances rise, with an average crowd of 26,376, which is above La Liga figures for the 2014/15 season. 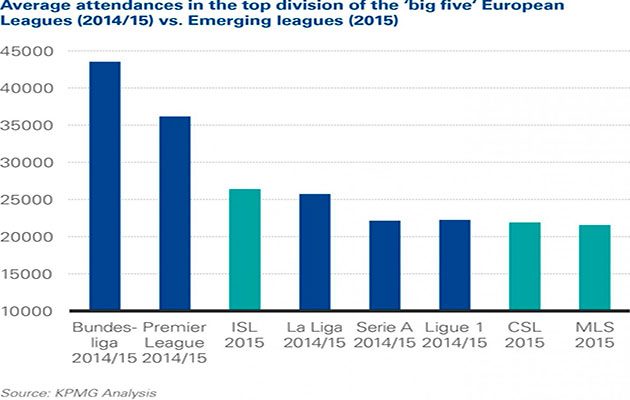 An analysis of the respective attendances over the last three seasons suggests different trends when comparing the emerging leagues with those of the traditional football powerhouses.

In the 2014/15 season, attendances in La Liga and Serie A recorded average attendances had actually gone down from the the 2011/2012 campaign. 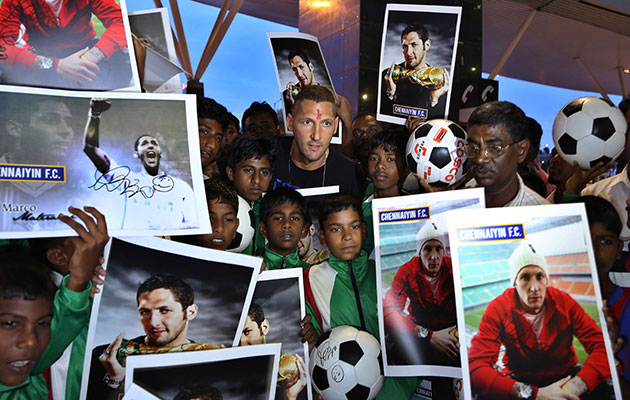 The increasing popularity generated by the arrival of internationally recognized players and managers, combined with the growing interest of sponsors and availability of unutilized capacity at certain venues means that the MLS, CSL and ISL can expect to see continued growth in the coming seasons.