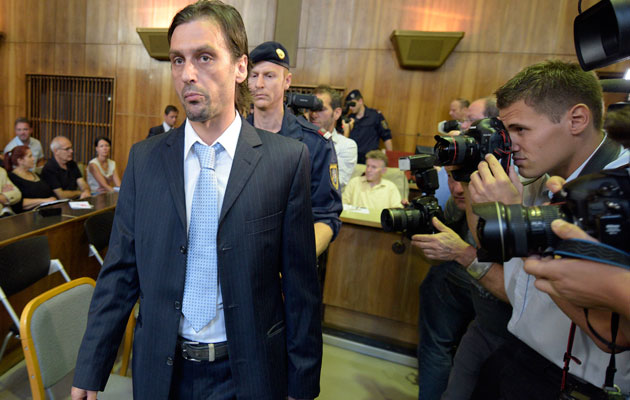 A court in Austria has sentenced former Austria international Sanel Kuljic to five years in prison for his role in match-fixing.

A former team-mate of Kuljic at Kapfenberg, Dominique Taboga, was given a three-year prison term for his part in a betting ring which included manipulation of 18 domestic league games in Austria’s first and second divisions from 2004 to October 2013.

All top-flight games under suspicion included either Kapfenberg or Groedig – both former clubs of Taboga, who was issued a lifetime ban by the Austrian Football Federation in February.

Eight of the 10 defendants, who included three more former players, were handed prison sentences. Two others were released because of a lack of evidence.

Kuljic, the best known of the accused,  played 20 times for Austria until 2007 and retired five years later.

He and four others were also charged with physically threatening players after some of the match-fixing attempts failed.

The players allegedly received 7,000 to 25,000 euros to influence the outcome of the games, enabling a global network of backers to make huge sums from betting.

Ironically, the match fixing came to light in November, when Taboga filed charges against Kuljic, claiming his former teammate was blackmailing him over an unsettled debt.

Prosecutors said investigations were ongoing, and 15 more people could still be charged for their alleged involvement in what has become a wide ranging investigation.