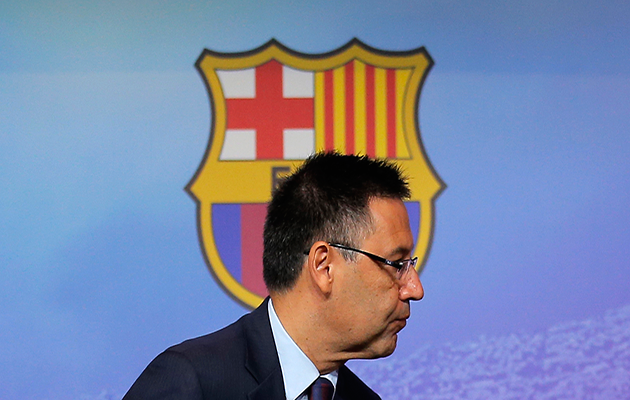 Messi has just over 18 months remaining on his present contract, but refused to negotiate a new deal last summer. Bartomeu, though, remains convinced that the club’s leading goalscorer will finish his career at Camp Nou.

“I believe we’ve got a team with incredible players, all of them,” Bartomeu said at the announcement of a new four-year sponsorship deal with Japanese technology company Rakuten. “There is nonetheless a leader of course, Leo Messi, he is well known and popular all over the world.

“We’re all convinced, we’re all positive Leo Messi will end his sporting career in Barca. All the members of Barca believe this is how it has to be, because he is the player that in the last few years has brought us sporting success.”

The new sponsorship agreement will see Rakuten replace Qatar Airways on the front of Barca’s shirts from the start of next season and will earn the club 55 million euros a year.

Club president Josep Maria Bartomeu said: “It all started with a dinner organised by Gerard Piqué at the house of Hiroshi Mikitani, chairman and CEO of Rakuten Inc. in San Francisco.”

Messi, whose current Barca deal expires in the summer of 2018, has yet to agree new terms, sparking speculation he could leave the Catalan side.