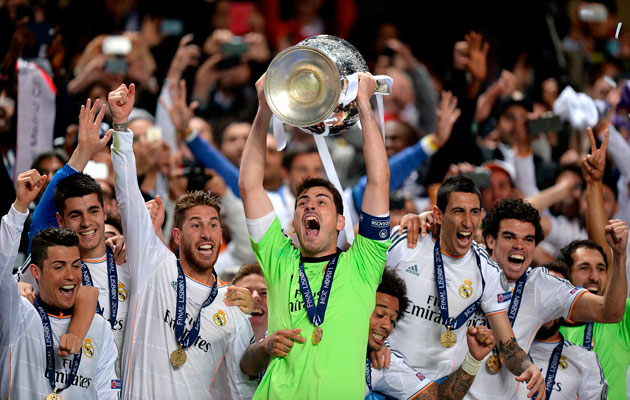 Big clubs such as Real Madrid need to be protected more, according to one of the Spanish giants’ vice-presidents.

Pedro Lopez Jimenez, an executive board member of the European Club Association (ECA) and a vice-president of Madrid, says that he favours sharing the pool of money among all clubs, but only when the interests of the primary wealth generators have been looked after.

UEFA’s Financial Fair Play (FFP) regulations have been introduced in a bid to bring clubs’ spending under control, but the initiative has attracted criticism for simply perpetuating the status quo amongst the game’s elite.

Yet Lopez claims it is only right that the bigger clubs should be rewarded for their part in building the football audience.

“I agree with the needs for solidarity UEFA and FIFA, with their regulatory power, have an egalitarian pulse because they are using our players for all kinds of tournaments and things.

“We talk about the spending and, probably, we are talking in many cases about investing so really clubs are maybe spending more than they earn but they are investing in players who are young and, when they are young and do not reach their potential, there are economic consequences,” he argued.

“We understand that we have to do something for solidarity but, at the end of the day, what attracts hundreds of millions of people to the game is the top clubs.”

For the record, Real Madrid recently revealed a €600 million (£472m) debt. No doubt most of that was due to ‘investment’ in young players.