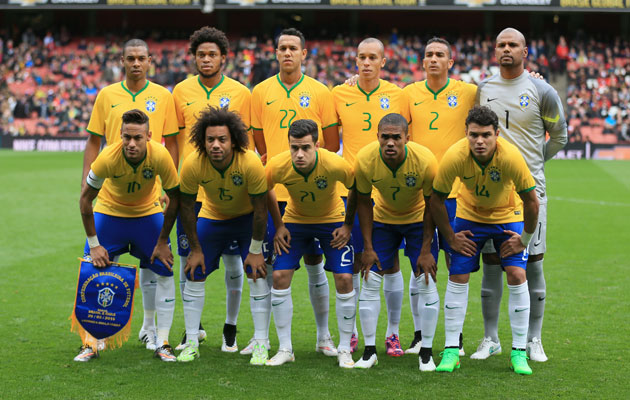 The Brazilian Football Federation (CBF) has issued a statement denying allegations that its commercial partner ISE could exert influence on the selection of Brazil squads for international friendlies.

São Paulo-based newspaper Estadão produced what they claim was a contract between the CBF and ISE, which suggested the latter have a say on the selection process.

The contract allegedly states that the Brazil head coach (currently Dunga) is obliged to pick his squad from a set list of players, the so-called “A-Team”, while the CBF has to show ISE a medical report if one of its stars is unavailable due to injury. If they are unable to do so, the match fee received by the CBF is halved.

“CBF will guarantee and ensure that A Team players that are playing in official competitions will participate in any and every match,” reads article 9.1 of the contract. If the CBF violates this stipulation, it will only receive 50 percent of the normal $1.05 million match fee.

If a player withdraws from the squad through injury the contract stated: “In this case, the CBF will endeavor to substitute new players of a similar level in relation to marketing value, technical ability and reputation.”

However, the CBF has now denied Estadão’s claims and insisted that Dunga is free to to pick whoever he wants.

An official CBF statement read: “Reports published in Estadão have led to unfounded suspicions of irregularities regarding the contract between the CBF and ISE. The CBF strongly denies any such malicious insinuations and would like to make it clear that it has not ‘sold’ the national team as the paper claims.

“The coaches will always be the ones in charge of picking the players. They have always played the best players and will always continue to do so. The contract between the CBF and ISE is not a secret and large parts of it have been published before.

“The people of Brazil can all see which players are called up for the national team.”