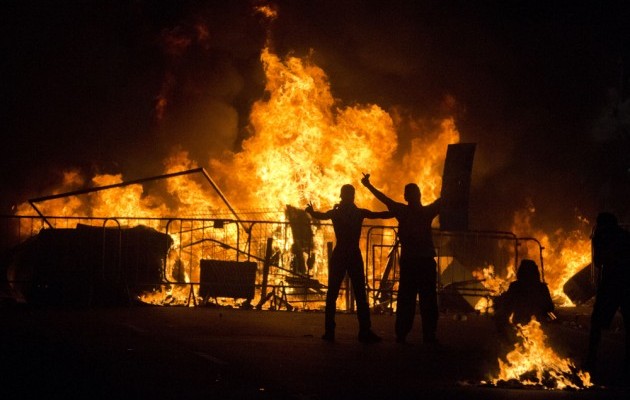 Rebelo has admitted that the World Cup faced “serious” security problems – but said the country was not a war zone like Iraq or Afghanistan.

Riots rocked Rio de Janeiro’s Copacabana Beach district last month and fears about safety for thousands of football fans visiting Brazil were intensified last week by the shooting of man during a clash with police close to the England team hotel in the city.

Clearly antagonized by apocalyptic reports in the UK media about the state of the security situation in his country, Rebelo alluded to British military involvement in Iraq and Afghanistan.

“We all have our tragedies and challenges, serious problems relating to security,” he said.

“I don’t think the English will confront greater threats in Manaus than in the Iraqi provinces or Afghanistan, where they recently lost hundreds of young soldiers.”

He did though concede that in Rio in particular, which hosts seven games including the final on July 13, there is “day-to-day civil violence … but we are taking precautions.”

That includes the use  of a huge security force comprising 150,000 police and 20,000 private security agents for a tournament expected to attract some three million Brazilians and 600,000 foreign tourists.

Rebelo also took a swipe at the British tabloid media for stories about crime in Manaus – where England kick off their campaign against Italy on June 14.

One report last year headlined “Murderous Manaus” described the city as “one of the deadliest places on earth” with a homicide rate of three murders per day – three times that of Rio.

England coach Roy Hodgson admitted his team had wanted to avoid the venue, largely due to the soaring temperatures expected in Manaus.

Again, Rebelo, whose lack of diplomatic skills makes one wonder how he ever made it as a politician, responded by reminding Britain of its less-than-glorious military past.

“The English got used to hot temperatures during the colonial era – and the Iraq war,” Rebelo said.

Rebelo noted that violence had hit several sporting events around the world in the past, citing the Munich Olympics massacre and the 1996 Atlanta Olympics bombing, as well as suicide bombings in the lead-up to the Sochi Olympics in February.

France was not spared Rebelo’s wrath for its “frequent problems in the metro” in Paris – while riots sometimes had seen its suburbs erupt “in flames.”

“Brazil has constitutional protection for demonstrations but the law prohibits violent protests,” he warned.

“We will do everything to protect the population. We have our deficiencies but will tackle the problems and overcome them.”