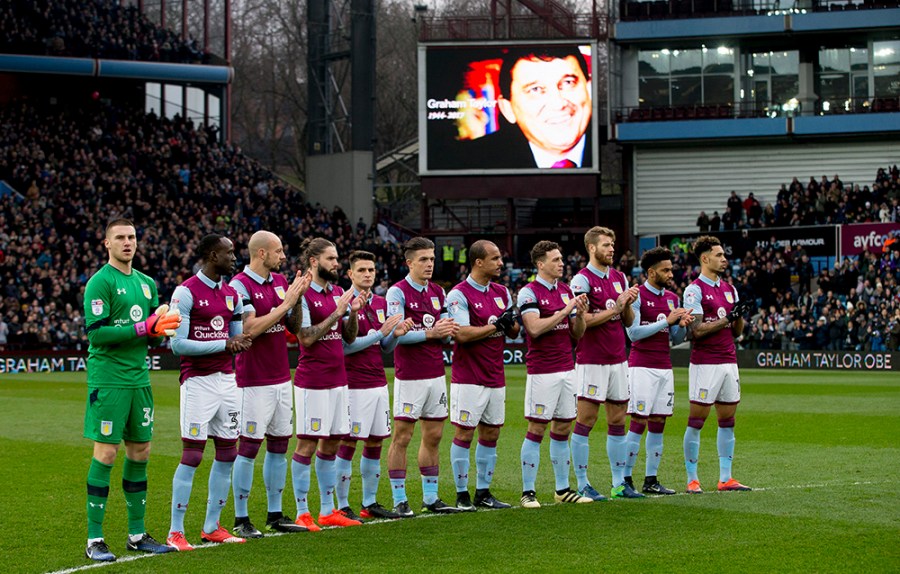 De mortuis nil nisi bonum, said the Romans. Speaking nothing but good of the dead. So after all the happy clapping to mark Graham Taylor’s recent death, perhaps one should make light of revelations about his reactions to paedophilia when managing Aston Villa.

It has emerged that during Taylor’s reign as manager of Aston Villa, he personally asked a footballer who as a youngster had been abused by a club coach not to make public accusations. It is only now many years later that the victim has spoken out.

With all due deference, I found it hard to understand the clapping tributes paid in stadia all over England to Taylor after his death. There was never the equivalent, in those days when crowds could be trusted to show silent respect, a minute of it to be observed even for the likes of two undoubted heroes of the English game, Alf Ramsey, winner of the 1966 World Cup, and the team’s imposing captain Bobby Moore; voted best player of the tournament.

Taylor as England’s manager had been a disaster, hopelessly out of his depth, remembered for his strangulated moment on the bench when England played a qualifying game in Holland, “Do I not like that!”

His achievements were specifically at Watford and they should certainly not be underestimated, bringing as he did the club from the lowest division to runners-up places in the senior League championship and the FA Cup. But with the deployment of a long ball strategy which seemed to me and others, notably Jeff Powell of the Daily Mail, to be working against the interests of the English game.

These tactical ideals were not original. They had been conceived away back in the 1950s by a retired RAF officer, Wing Commander Charles Reep. His so-called Match Analysis, deployed in squiggly diagrams in the old News Chronicle, was designed to cut out the midfield and use long passes to the attack. Stanley Cullis, when manager of Wolves, for whom he had once been such a polished centre-half, applied them to his teams with some success, though they were torn apart at Molineux by Barcelona.

It seemed to me, Powell and some others that the rush to copy such tactics could do nothing but eventual harm to the English game, however well they worked for Watford. They did not in fact last very long. Taylor jettisoned his mentor and the hapless Reep approached the Watford club in search of compensation. To which the blunt reply was that the arrangement had nothing to do with the club but was a personal arrangement between Reep and Taylor himself. So Reep got nothing.

One early season evening before a match at Loftus Road between Queens Park Rangers and Watford, Taylor came into the Press room, refused to shake hands with me, and burst out. “You’re a liar, you write lies!” What was he talking about, I wondered. Gradually it emerged he was protesting about a piece three years ago in World Soccer in which I’d said he had substituted a player who’d disagreed with his England youth tactics in Tel Aviv. In Freudian terms, this was a manifest displacement. What he resented was my criticism of his tactics.

Later, in the Millwall Press box after a game, he said to me. “Shall we start again?” and this time, we did indeed shake hands. But for all that happy clapping, he was scarcely a saint or, outside Watford, an icon.

After the ghastly Blatter we have the abysmal Gianni Infantino in charge of the Augean Stables men call FIFA. Infantino has already bloated future World Cups and interfered with the decision of Miguel Maduro, governance chief, to block Russia’s deputy Prime Minister Vitaly Mutko from the FIFA Council given his senior position. Maduro would not last long after that.

FIFA’s secretary general, Fatma Samoura – a bizarre appointment, with no previous experience in football – warned Maduro that the coming World Cup in Russia would be a disaster and that Infantino would be in danger.

Also sacked was Cornel Borbely from his post as chief of ethics investigations. Damian Collins, chairman of the relevant Parliamentary committee, wanted Borbely to give testimony. Samoura – not Infantino, please note – replied that this could not be allowed.

When will people ever get it right? Now a Daily Telegraph columnist has called England’s defeat by Iceland the worst in their history. Worse than losing 1-0 at Belo Horizonte in the 1950 World Cup to a USA team of unknowns?