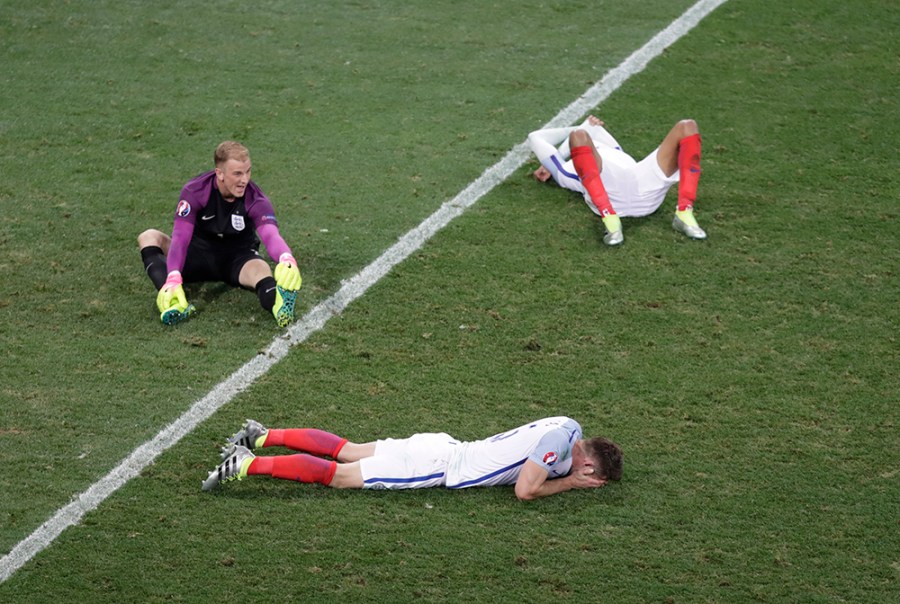 A Daily Telegraph sports writer who should surely have known better has recently called England’s defeat by Iceland in the last European Championship the worst in its history. A view endorsed by a less culpable generalist sports correspondent on BBC London TV.

Call that defeat by Iceland a disaster, a humiliation, anything you like, but it paled by comparison with an England team’s 1-0 defeat in Belo Horizonte in the 1950 World Cup by a USA team made up of part-time obscurities, even if a handful of them were only dubiously qualified.

True, there had been an implicit warning when the Americans had lost only 3-1 to Chile in the same group. John Souza from Fall River, an isolated outpost of good football, was an inside left worthy of a place in most of the competing teams, who would keep the English defence on the alert throughout. Other American players rose supremely above themselves. Ed McIlvenny, the right-half and captain, was in fact a Scot who had recently been given a free transfer by Wrexham.

Yet everything seemed in England’s favour. Away from the clammy conditions of Rio, they could now breathe crisp mountain air, even if the stadium was primitive, the pitch bumpy. And on paper, at least, that England team utterly surpassed the doomed side which so many years later would succumb to Iceland; most of whose players were operating for established European clubs.

Disdaining the primitive dressing rooms at the Belo Horizonte ground, the England team prepared in the comfortable quarters afforded to them in the Morre Velho English-owned nearby goldmine. The sole selecter, Arthur Drewery from Grimsby, decided sensibly enough to field a full English eleven which would not include the peerless Stanley Matthows on the right flank. But why in these circumstances should it? The team had the acrobatic Bert Williams in goal, Alf Ramsey, a future World Cup-winning manager, at right-back, Stan Mortensen and Wilf Mannion as the celebrated inside forwards, the famously elusive Tom Finney on the right wing. And England couldn’t score!

Chance after chance was missed. Borghi was defiant in the American goal. And suddenly, after 37 minutes, the incredible happened: the Americans scored. A cross, or was it an attempted shot by their wing-half Bahr, was met by the head of the British born centre-forward Joe Gaetjens just before Bert Williams could reach the ball.

There would for all England’s pressure and desperation, be no other scoring. “That’s all we need to make the game go in the United States,” enthused the USA manager Bill Jeffrey, but the great American sports public simply turned over and went back to sleep.

“The Americans were fitter, faster, better fighters,” said Stanley Rous, the dominating FA Secretary. That seemed a little controversial, but there was no gainsaying the result. A deep disaster.

Jack Wilshere for England? It alas seems unlikely, even though the form he recently showed – admittedly against mere Doncaster Rovers – in a League Cup game suggested he was firing on all cylinders again, after breaking a leg while on loan with Bournemouth.

For Wilshere, whose two splendid goals not so long ago saved England’s face in Slovenia, it will be hard to win a place in the Gunners’ top team, where midfielders abound. In their victory, 2-0 over West Bromwich Albion, even that highly talented central midfielder Aaron Ramsey was largely deployed out of position on the right flank.

But who in that prosaic England team in capable in the old Italian phrase of inventing the game? Wilshere in form can do it. But he will have to wait at least till the markets open again in January if he is to move to first-team football elsewhere. In the meantime, what other English player is so capable of passing the ball to such effect?

Talking of irrelevante competitions, what of the Europa League? Once upon a time we had a vibrant Cup-winners Cup, but one major club after another has joined the senior European competition and the present Thursday competition is devoid of glamour.

There has been a kind of Gadarene rush by major clubs to a senior competition which is now arguably over populated. But there is little hope of turning back the clock.